Hrenya recognized as Fellow of the American Physical Society 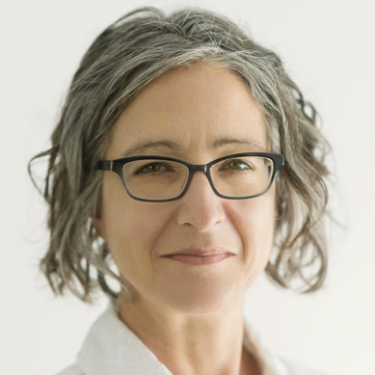 Professor Christine Hrenya was selected as a Fellow of the American Physical Society (APS) this year “for key advancements in the fundamental understanding of granular matter and multiphase systems via a combination of theory, experiments and simulations,” according to the official citation. Fellow selections are an exclusive honor, limited to no more than one half of one percent of APS membership.

Hrenya’s cited research is a fundamental approach to understanding systems involving solid particles including granular matter or multiphase systems via tools including experimentation, simulations and theory. Using a variety of tools in concert has allowed her to gain insights that would be missed by discrete methodology lacking the context of the other approaches.

“Because we are focusing on the physical mechanisms that underpin the behavior of particulate systems rather than a particular unit operation or process, the applications are countless,” Hrenya said of her group’s work. “We have investigated how lunar soil is ejected when a spacecraft lands in order to mitigate the sandblasting of nearby equipment, and also how a common material like sand can be used as a heat exchange ‘fluid’ to improve the efficiency of concentrating solar power plants.”

The Hrenya Research Group focuses on fundamental behavior of solid particles, which is an approach shared by physicists, geophysicists and astrophysicists. Engineers and physicists benefit from each other’s expertise, as training in their respective disciplines has complementary but different emphases.

“Having physicists as collaborators as well as physics-trained students in my group has certainly broadened my horizons and ultimately made my group’s work better,” Hrenya said. “This is what interdisciplinary collaboration is all about: making the outcomes more impactful.”

Hrenya said the honor is particularly meaningful because it comes from an area outside of her formal discipline.

“Since the beginning of my faculty career, I have made it a point to go beyond the chemical engineering community to seek out expertise and understanding from others with different training, particularly physicists,” she said. “It is clear to me that it has shaped the group’s work for the better, and this award attests to that effort.”

Hrenya credited the many group members and research collaborators she has worked with over the course of her career for this recognition.

“I have been so fortunate to have incredibly bright and driven researchers in my group, and they are responsible for the heavy lifting,” she said.