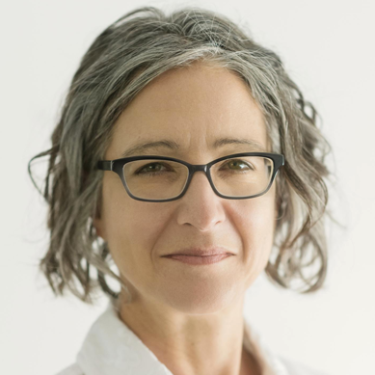 Granular Flows, Gas-Particle Fluidization, Aerosol Dynamics
Flows involving solid particles are used extensively in the chemical process industries, including areas such as petrochemicals, pollution control, powder technology, coal combustion, and pharmaceuticals. However, since the fundamental flow behavior of such systems is not well understood, the design and operation of these systems are often based on experience rather than on scientific principles. As a result, processes employing particulate flows often operate below design capacity and exhibit undesired flow behavior. The overall focus of this research program is to further the physical understanding of fluidized systems, and to incorporate this knowledge into practical mathematical models that can be used for process design, scale-up, and optimization.

Granular Flows
The term “granular flows” refers to a system of solid particles in which the flow behavior is dictated solely by particle-particle and particle-wall interactions (i.e., the role of the interstitial fluid is negligible). Examples include avalanches, flow of sand in an hourglass, planetary-ring dynamics, and pharmaceutical handling. Granular flows exhibit complex flow behavior, such as particle clustering and size segregation. The goal of this work is to use discrete-particle or “molecular-dynamic” simulations of granular systems to gain insight into these phenomena, and to use this information to develop improved constitutive theories.

Gas-Particle Fluidization
Unlike granular flows, gas-solid flows are systems in which the role of the “carrier” fluid cannot be ignored. Although gas-solid systems are characterized by the same mechanical interactions that are present in granular flows (e.g., collisions between two particles), the physical nature of the gas-solid interaction must also be considered (e.g., drag force). Research efforts in this area are focused on developing fundamental, continuum models for practical systems, such as those characterized by a nonuniform distribution of particle sizes. Applications of this work include coal combustion for power generation, fluid catalytic cracking, and pneumatic conveying of grains and ores.

Aerosol Dynamics
The aerosol systems being considered are also composed of a gas phase and solid particles. However, due to the extremely small mass of the particulates (often submicron), the physical interactions that dictate the flow behavior of these systems are significantly different than those of the fluidized systems described above. In particular, the motion of an individual particle is significantly affected by collisions with gaseous molecules (i.e., Brownian motion). Current projects in this field are targeted at improving the understanding of thermophoretic deposition, which refers to the tendency of particles suspended in a relatively hot fluid to deposit on cool surfaces. A physical model that accurately describes this phenomenon will be useful for advanced material synthesis and pollution control.