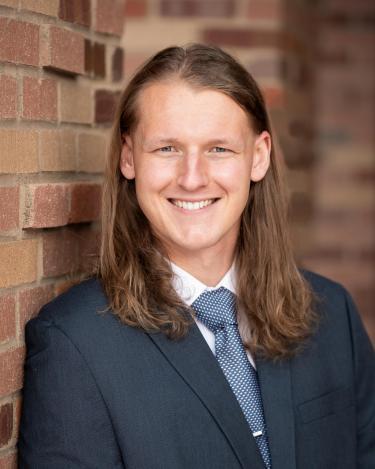 Todd Whittaker, a first year graduate student in the Holewinski and Musgrave groups, is the recipient of the 2021 Australia to USA AAA – Northrop Grumman Corporation Scholarship. The scholarship provides financial assistance and networking resources for Australian students studying in STEM fields in the U.S.

“I hope that through this scholarship, I can show all of the aspiring young scientists in Australia that if you apply yourself and focus on your goals, you can achieve great success,” Whittaker said.

The scholarship provides a one-year membership in the American Australian Association, a nonprofit dedicated to strengthening ties between the United States and Australia, as well as $40,000 to support research and academic and professional growth.

“My research aims to decarbonize the chemical industry by using renewable electricity and non-fossil carbon sources, such as biomass or waste carbon dioxide,” Whittaker said. “One of the specific applications I'm working on is replacing single-use plastics like PET—polyethylene terephthalate—with PEF—polyethylene furoate.”

Whittaker says that PEF plastics possess improved mechanical and chemical properties over current-use PET plastics, and will lead to reducing the financial cost, carbon emissions and energy needed to produce them.

The scholarship also provides Whittaker with access to a vast network of program alumni to build professional connections. Whittaker will review future applications to the scholarship, giving him the opportunity to remain engaged with the next generation of Australian and American researchers.

Whittaker thanked the American Australian Association for the honor, his advisors Adam Holewinski and Charles Musgrave, and his former advisor Bert Chandler.

“I would also like to thank all of the wonderful scientists with whom I’ve had the opportunity to work and learn, my girlfriend Meagan for being incredibly supportive of my endeavors, and my wonderful parents, who continue to support and encourage me to do my best. Without them, none of this would be possible, and I hope I can make them proud.”

Whittaker earned his undergraduate degree in chemistry from Trinity University in San Antonio, Texas, where he was inducted into Phi Beta Kappa and was an All-American soccer player. He also received a Kokes Award from the North American Catalysis Society while studying there. After graduating, he worked as a research associate in Bert Chandler’s lab, where he led his own research projects and managed undergraduate researchers.