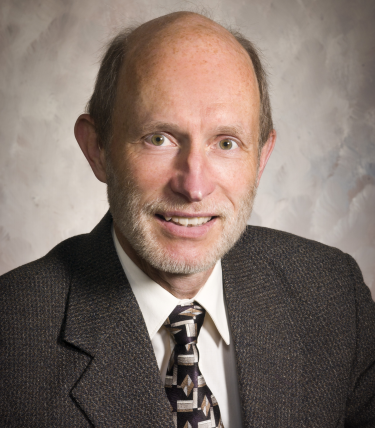 Mark Strobel (MChemEngr'79) has made a big impact as a researcher and innovator at 3M in the past several decades. This spring, the College of Engineering and Applied Science honored him with a Distinguished Engineering Alumni Award for Industry & Commerce, recognizing this work in industry as an alumnus.

Strobel answered some questions about his time at CU, his career, adapting to changes in chemical engineering and his advice for students graduating into a tough economy.

Which of your research interests did you develop while at the Department of Chemical Engineering here at CU?

None of my 3M career research topics were initiated or developed while at CU. While graduate research often directly transitions to research interests in academic careers, the connection between graduate school research topics and fields of research in industrial careers is far more tenuous. Even long-term research in industry is driven by the needs and strategies of the business. Industry tends to hire graduate students based on the skill set that they acquired in school rather than based upon the specific research that they did in school.

In whose lab did you study while at CU? How did your adviser help you develop, personally and professionally?

My graduate school advisor was John Falconer, now Professor Emeritus—and still a friend of mine. John taught me two critical lessons that formed the basis for my successful career at 3M. First, John taught me the principles of experimental research in the chemical sciences, including the critical importance of understanding fundamental chemical mechanisms. Second, John taught me how to write clear, accurate technical reports and publications. Both of these skills were absolutely essential in my career. John was a great teacher and mentor of his graduate students.

How did earning your MS at CU prepare you for such a long and successful career at 3M?

A seemingly minor event in graduate school eventually became one of the most important factors in my career success. As a chemical engineering graduate student, I took an elective class in combustion science taught by Professor Mel Branch in the Department of Mechanical Engineering. Over a decade later, that tenuous connection to Mel blossomed into an amazingly successful 25-year research partnership between 3M and CU in combustion science that Mel and I jointly led.

My research with Mel led to a significant combustion science effort in 3M, which is still continuing under a new generation of 3M and CU researchers. This effort enabled 3M to sell several billion dollars of products manufactured using combustion science technology. It is the simple truth that I would not be a Distinguished Engineering Alumni Award winner had I not had Mel’s guidance, mentorship and friendship over the years. Sometimes small things that happen in graduate school can have an enormous influence on one’s career!

Did the natural beauty and outdoor lifestyle of Colorado have an influence on your nature preservation and public lands work in Minnesota?

My time at CU strongly influenced my environmental work for the simple reason that I met my wife, Joan, while we were both CU chemical engineering graduate students. Joan and I mutually reinforced our then-separate tendencies to enjoy the outdoors, to be concerned about environmental issues and to volunteer for charitable causes. Our first date was a hike to Thunder Pass on the Continental Divide in Rocky Mountain National Park. After our initial adventures in the Colorado mountains, hiking and backpacking became lifelong activities for both of us.

It has always been our belief that you need to be “out” in the outdoors to become an effective advocate for public lands and other environmental causes. We first became active in public-land policy when we contributed to the Indian Peaks Wilderness and RMNP-boundary studies as CU graduate students. When we moved to Minnesota for our 3M careers, we translated that interest in public lands to Minnesota State Parks and U.S. National Parks in general.

Strobel offered several points of advice for budding engineers.
Technical skill and competency are just the beginning. Engineers should possess:

What are some of the big changes you’ve seen in the field of chemical engineering since you completed your education? How have you adapted to those changes?

The applications of chemical engineering have become much broader in the 40 years since I attended graduate school. However, since most changes to an engineering field are evolutionary rather than revolutionary, it is relatively easy to adapt to changes in the field if you remain at the forefront of your own specific portion of chemical engineering science, retain skills and maintain the ability to learn directly from the scientific literature.

While the vast increase in computational power has greatly altered all fields of engineering, the principles of research in the chemical sciences have not changed. There is still a high demand for practical, critical-thinking abilities that can be applied to the solution of real-life industrial problems.

What changes and challenges are ahead that young chemical engineers should be aware of, and how can they prepare?

There are always changes and challenges in any technology or industry, most of which cannot be readily predicted even a few years in advance. The ability to adapt to those inevitable changes is based on the career skill set that is first developed in engineering school and then must be continually honed throughout your career. Critical thinking, a firm grasp of the fundamentals of engineering and chemical science, strong communication skills, practical hands-on abilities in the lab or factory, effective prioritization, efficiency in your work—all of these are skills or behaviors that make adapting to changes and challenges not only possible, but often exciting and rewarding.

What advice would you give to engineers coming up through our department now?

At a minimum, young engineers need to develop exceptional communication skills, both in writing and in speaking. I often discussed a “pyramid of success” with new employees at 3M, which begins with technical competency and broad-based reading. Those, in turn, allow you to become an effective and efficient writer, which then allows you to prepare excellent presentations to your technical peers and management. Finally, presentations are the key to effective persuasion, which is actually the most important non-technical career skill that you can cultivate. I’ve given an entire presentation on this topic several dozen times at 3M.

It is important to develop other non-technical skills and behaviors as well: practical hands-on abilities, whether you are an experimentalist or not; time efficiency in e-mail and other communications—which is greatly aided by being an effective writer; the ability to carefully edit or critique your own written and oral work; a constant attention to details—they do matter; and a focus on big-picture technical, social, economic and political issues that can potentially affect your research and career.

What advice would you give to chemical engineers graduating into this climate of uncertainty?

If you are a high-GPA undergraduate, consider graduate school! If you are seeking a job now, remember that persuading—selling oneself and one’s skill set—is what interviewing is all about. You have to convince any prospective employer that you have the skills and the desire to solve their technical and business problems, whatever they may be.In any event, don’t be discouraged. If you’ve graduated with a degree in chemical engineering, you already know how to do “hard” things and have completed the best training possible for a wide range of careers.  Needing an extra six months to find a job in your field will seem to be an eternity when you are an unemployed graduate, but six months is still a small fraction of a successful 40-year career.