Q: What are you currently researching? 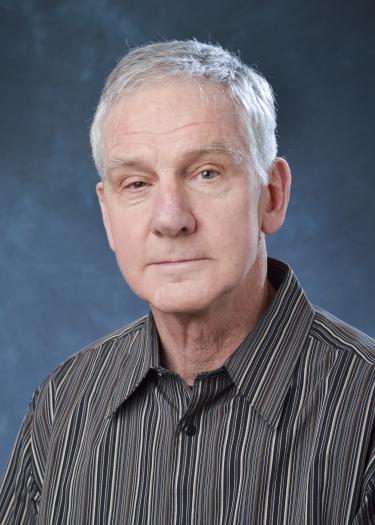 Q: Your past research involved tsunami. What did your research explore and how did the focus come about?

A: A tsunami is a spectacular example of a nonlinear water wave.  People around the world know more about tsunami than they did 20 years ago because of two important events: a tsunami generated near Sumatra on December 26, 2004 killed more than 200,000 people who lived near the coastline of the Indian Ocean; and a tsunami generated off the coast of Japan on March 12, 2011 killed more than 15,000 people in Japan, and caused a nuclear catastrophe that is still unfolding.

I first became interested in tsunami quite by accident.  I began a post-doctoral appointment at Caltech in 1969.  During that time, a group of mathematicians and physicists in or around Princeton, NJ (Kruskal, Zabusky, Gardner, Greene and Miura) were publishing a sequence of papers, which showed that a nonlinear partial differential equation called the Korteweg-de Vries equation had much more mathematical structure than one had any right to expect.  Why this equation had so much structure was unclear, but G.B. Whitham, my faculty advisor at Caltech, wanted to find out more about this unusual equation.  He told me to abandon whatever work I had been doing, and to study instead the recent papers by Kruskal and his colleagues. As a new post-doc, I said “Yes, sir.”  After reading the papers that this group had published, I agreed that their work was unusual, certainly intriguing, and I began to explore what other properties this interesting equation might have.

Korteweg and de Vries (KdV)  had developed their equation 75 years earlier as a theoretical model to describe how water waves of finite amplitude and long wavelength evolve as they propagate in shallow water, but Zabusky & Kruskal had derived the same equation to describe how pressure waves evolve as they propagate along a crystal lattice.  So the equation had at least two physical applications, and neither application suggested that the mathematical model should have so much extraordinary structure.  The KdV equation has generated an enormous amount of mathematical research since 1965. Thanks to Prof. Whitham, I had a head start on the field.

While I was a post-doc, my wife and I lived in Caltech housing, close to the campus.  One day, I met a grad student, Joe Hammack, who lived in the same building and who happened to be working on his car in the parking lot of our building.  We introduced ourselves to each other, and exchanged information about what each of us was doing at Caltech.  Joe told me that he was in the Civil Engineering Department, studying how tsunami are generated and how they evolve as they propagate across the ocean.  His work was experimental—the average depth of the ocean worldwide is about 3.7 km, but in Joe's scale model, the depth was usually in the range of 5-10 cm.   The tank was well over 20 m long, so Joe could watch the waves that he generated propagate over quite long distances.

What a lucky coincidence: I was studying the KdV equation, designed to describe the evolution of long waves as they propagate in shallow water, and Joe was running experiments in which he could generate and measure precisely the kind of waves that the KdV equation modeled. The fact that his waves also served as models of tsunami in the ocean was an added bonus.  Thus began a very fruitful collaboration between an experimentalist (Joe) and a theoretician (me), which continued on and off for more than thirty years. And the entire arrangement would have been missed if I had not introduced myself to a neighbor who was fixing his car.