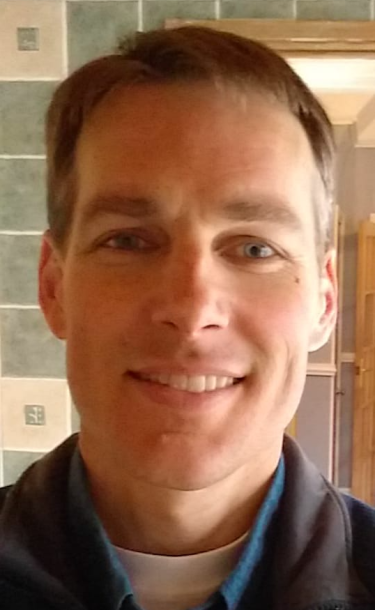 Q: In your own words, describe your work.

A: My group is interested in the mathematical modeling and analysis of physical problems involving nonlinear wave phenomena that are described by partial differential equations (PDEs).  The mathematics of nonlinear PDEs is challenging due to the combined effects of nonlinearity—where the wave amplitude influences its evolution—and dispersive terms—where the wavelength influences wave evolution—that typically involve a large number of derivatives. Our research runs the gamut from mathematical modeling of the physical system under study to the analysis of PDEs in order to obtain exact and approximate solutions as well as to describe qualitative properties of solutions.  We also run numerical computations, develop our own in-house experiments—we have a fluids laboratory —and finally, compare the theoretical predictions with experiment. We don’t do a large number of experiments because we are mathematicians and that’s our focus, but all have been of very high quality.  I would say we take a slightly different tact: the experiments that we do are inspired by the mathematics that we do.

Q: What has been your favorite moment or accomplishment in your work so far?

A: That’s a difficult question to answer… Perhaps the most fun is when we conceive of, design, carry out an experiment that was inspired by our mathematical analysis, and it agrees with the math! It is very fulfilling, inspiring, and rewarding for both the students involved and myself.

Q: You received your bachelor’s and master’s degrees from UCLA and Harvard, respectively. What made you come here to CU for your Ph.D.?

A: A lot of factors. I actually went to Harvard with the intention of getting a Ph.D., and I essentially dropped out: I left early by my own choosing. I had a great experience there, in its own way, but it wasn’t right for me. I didn’t feel the connection with others that I was looking for. I was living down in Manitou Springs, so I applied here, and the now Emeritus Professor Steve McCormick called me and said, “We’re interested in bringing you onto the grad program. Would you like to come for a visit?” I got to meet with folks here—specifically, I remember meeting with Professors Mark Ablowitz, now Emeritus Professor Tom Manteuffel, and Affiliate Faculty member Natasha Flyer—and I think what really struck me was the feeling of community that I immediately picked up on. There’s a real comradery amongst students—not a competition—and I think that persists today. My previous experience had been more competitive, and I wasn’t as interested in that. I actually hadn’t known about CU Boulder’s Applied Math program before I applied, I just happened to do a little research and after discovering it, doing my PhD work here, and now establishing a career here, I feel like it is a gem.

Q: What is your favorite part of the Department?

A: Well, the department is the people. Like I said before, I was attracted to this place because of the people and I still am. My young colleges, I really get along with well, and it’s an exciting transition we’re going through. We’ve had, in the last several years, three retirements of senior faculty, and surely more will be coming relatively soon, and we’ve hired a lot of young faculty that are remarkable people.

The students are the lifeblood of our program. Getting to see how the grad program has evolved has been a rewarding experience for me—this year is the first time that we’ve brought in more women Ph.D. students (9) than men (8). I think that this is a natural outgrowth of the community and the support that is generated by this Department.

Q: What advice would you give to a student here in the Department?

A: If it’s a prospective student, I would say that the opportunities that this kind of work, this kind of academic study, investigation, and investment are really worthwhile, both intellectually stimulating and practical. Math is the language of science and that’s what we do: we take math and we translate it so that it can actually be used. To any student considering joining Applied Math, there’s probably something in their mind that says, “Gosh, there’s something about that that I like.” I would encourage them to listen to that voice! Don’t be afraid of it: it’s hard, but it calls you to do your best.