Q: This summer you went on an extended trip to Europe. What was most interesting about your trip?

A: Well, scientifically, what was interesting was that I attended two excellent conferences, one in Poland and the other in northern Spain. The Polish conference was held in a castle that is owned by the Polish Academy of Sciences in Bedlewo. Though the castle was under reconstruction (Theorem: what you want to see in Europe is almost always under reconstruction), it was in a beautiful forested region in the lowlands of Poland (80m above sea level)—the opposite of the highlands of Boulder! This conference was on computational topology, a relatively new field for me. However, Professor Elizabeth Bradley (an APPM affiliate in Compute Science) and I have just received a grant from the NSF to study exactly this, so the conference was very timely.

The second conference was held in the Pyrenees in northern Spain at a ski resort in the “Valle de Núria”. Alas, there was no skiing in July, but the hiking was great. Perhaps the most interesting thing about this resort is that it is built around a medieval church that contains a (no doubt fake) statue of the Virgin Mary that was reportedly deposited in a nearby cave in 700 AD by St. Giles. To get to the resort, you have to take a cog railway—no cars for kilometers! This conference was on Hamiltonian dynamics, and in honor of the 60th birthday of a good colleague of mine, Amadeu Delhsams, who is well known for his results on Arnold diffusion. 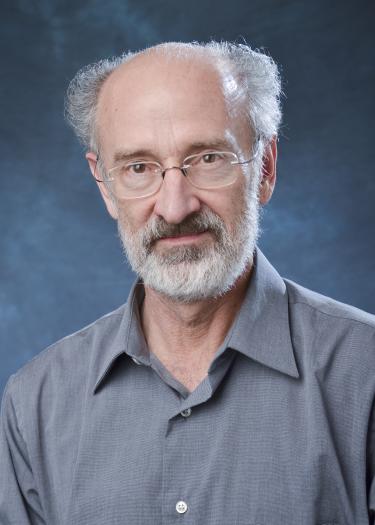 Q: You wrote and published a textbook titled, "Differential Dynamical Systems". How did your experience as a professor shape your writing? Did writing a textbook influence your teaching methods?

A: Our graduate dynamical systems class, APPM 5460 was started nearly 20 years ago, as I recall, by Professor Jerry Bebernes (now emeritus). When I first started teaching it, I used a number of “standard” textbooks; however, each of them seemed, to me, to be missing one or more essential parts of what I thought was interesting about dynamics. For example, a book would omit the study of Hamiltonian systems, which is essential if you want to understand the dynamics of physical systems. Or, it would cover the material at a very abstract level, and not give students a feel for the impact that dynamical systems theory has in many application areas. Examples of these include mechanical systems like springs and pendulums, celestial navigation, chemical reaction rates, population dynamics, nonlinear electrical circuits, etc. Which is not to say that there are not interesting pure mathematical questions as well—my favorite types of questions are topological and number theoretic.

Thus I began to construct a set of notes for the class in about 2000. These were continually revised, thanks to feedback from students in the class. I finished the book during a sabbatical leave, and in 2007, it was published by SIAM. The book is now used by many of my colleagues around the world in their classes, and I will use it again next spring when I teach APPM 5460.

Q:  This month, "The Princeton Companion to Applied Mathematics" and your contributed article on ordinary differential equations was published. Can you tell us a bit about this reference guide and your contribution?

A: The Princeton Companion to Applied Mathematics was conceived by editor Nick Higham as a companion to a similar, very successful Princeton book on “Mathematics” itself. I was pleased to be asked by the editors to write the chapter on ordinary differential equations. This was fun, since I conceived it to be an invitation to recall much of the classical theory due to some of the gods of the field, starting of course with Newton, but including the work of Leibniz, Bernoulli, Bessel, Sturm-Liouville, Picard, Painlevé, etc.  Of course, I couldn’t write another textbook, but I hoped that I could help orient the readers of the companion to some of these basic results.

The Companion itself is six pages short of 1000 pages long, and has hundreds of articles by more than 150 authors. Nick Trefethan of Oxford reviewed it in the most recent SIAM Review and called it  "a landmark for decades ahead.” It is less than $100, which on a per page basis alone makes it quite a bargain!