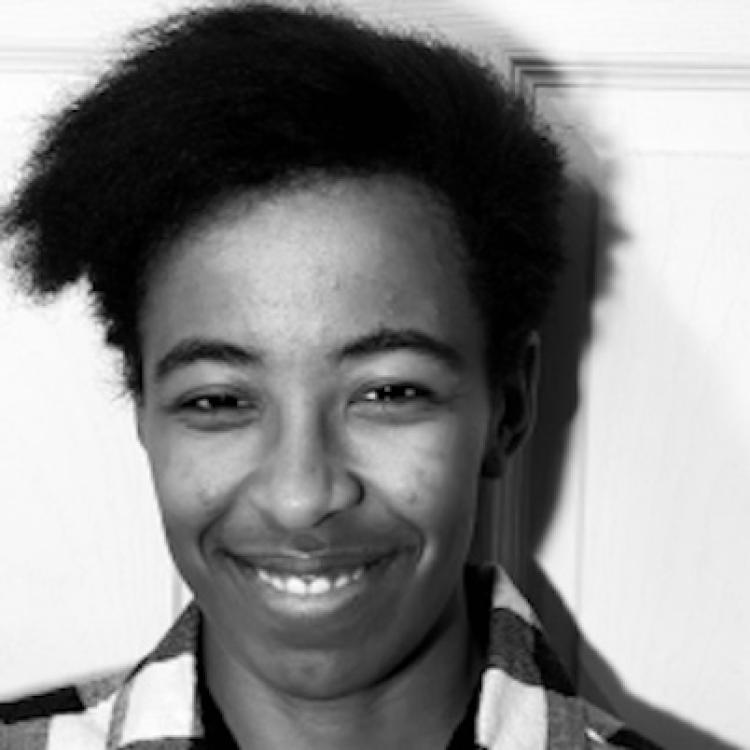 Cade Braynen is a pianist from Garnet Valley, Pennsylvania. Having earned their Bachelor of Music degree from Lawrence University, they are continuing their education at our College of Music, where they are pursuing a master’s in piano performance.

Some of Braynen’s favorite musical activities are accompanying, chamber music and singing in choirs, with a special interest in early Baroque/Renaissance repertoire. They are an advocate for increasing accessibility and diversity in the classical music world, and want to help create spaces that welcome all musicians who also happen to be disabled, LGBTQ+, neurodivergent, BIPOC, etc. Examples of recent academic work in this area are presentations on gender dynamics in piano literature, an illustrative comic about the life of the Black composer Joseph Boulogne, a programming project featuring mostly living, disabled composers, and an essay on the blurred lines of gender and sexuality in music.

Braynen's accomplishments include receiving a full scholarship to participate in the 2018 Decoda Chamber Music Festival, winning first place in the Music School of Delaware’s Piano Competition and being awarded Lawrence’s Presidential Conservatory Scholarship. During their five years in undergrad, they worked on solo and collaborative projects with a number of distinguished instructors, such as Michael Mizrahi, David Kaplan, David Bell and Alicia Lee.

As a teacher, Braynen believes in holistically guiding students to their goals, cultivating a warm and friendly environment, and respecting the student as a whole person. They are accommodating of all learning styles, and love making the classroom as fun and encouraging as possible. Aside from piano, Braynen has experience playing viola, organ, harpsichord and singing as a tenor. When they’re not playing music, they enthusiastically partake in amateur astronomy and stargazing. Other interests include drawing comics, board and video games, reading, community outreach and working with animals. 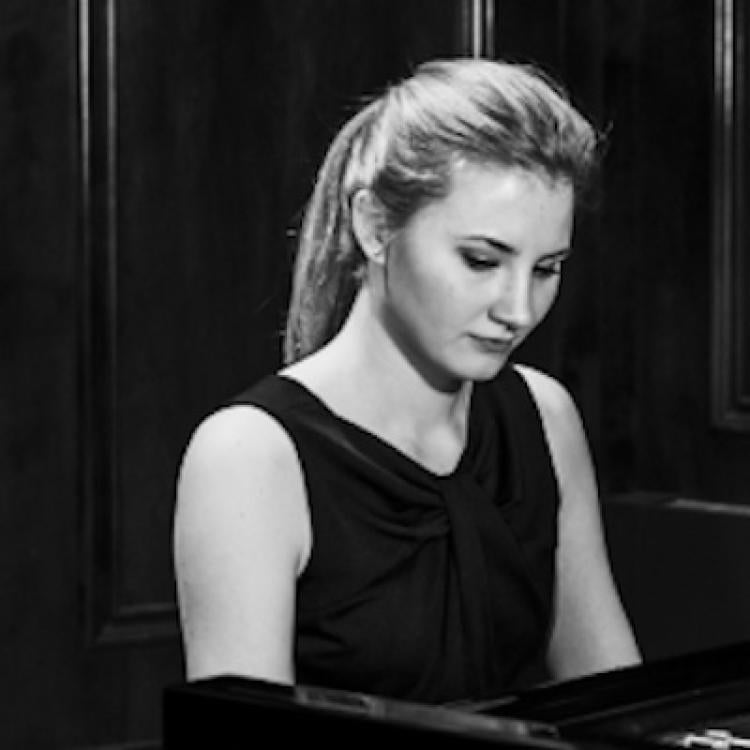 Britta De Groot is pursuing a Master of Music degree with David Korevaar at our College of Music. She began piano at age 5 and counts herself blessed to have studied under a wide variety of instructors who have all inspired her pursuit of piano.

She began competing in 2009 under the instruction of Charlene Loge, winning the Music Teachers National Association (MTNA) competition at the state level in 2016 and representing Montana at the MTNA district competition in Washington the same year. As a Montana competitor, De Groot enjoyed coaching from Christopher Hahn and Steven Hesla of the University of Montana (UMT), Julie Goswiller of Montana State University (MSU) and numerous master teachers throughout Southwest Montana. Collegiately, De Groot has studied at UMT under Christopher Hahn and received her undergraduate degree in music under Katherine Rick at Hillsdale College. She has had the opportunity to play piano in master classes for Anderson and Roe, Duo Turgeon and Bernadene Blaha, and has had coaching with Claire Huangci and William Westney.

De Groot has twice been a finalist for the Montana Association of Symphony Orchestras Young Artist competition and is a 2020 winner of Hillsdale College’s Concerto/Aria competition. Sharing music with others, whether through performing or teaching piano, is one of her greatest joys and highest callings. 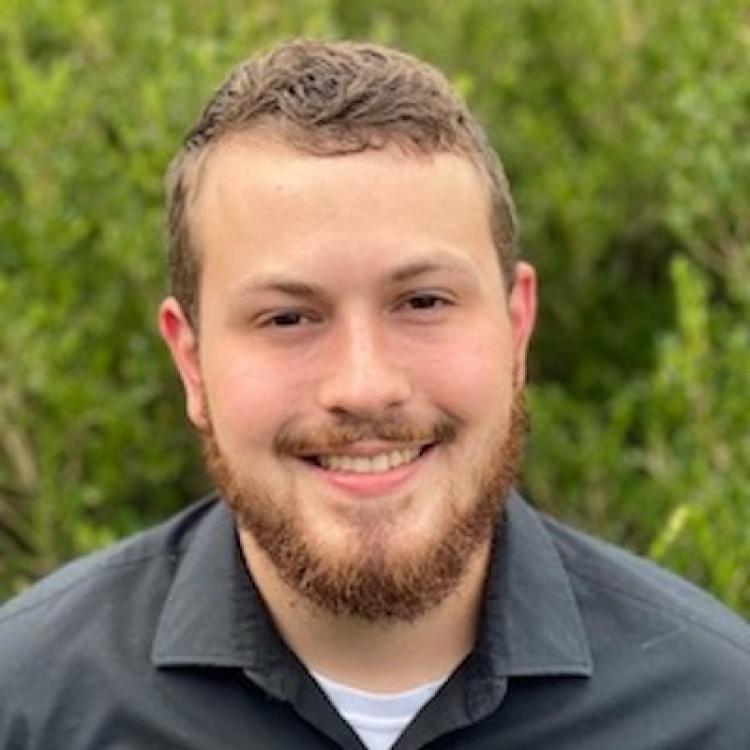 Ryan Hale is a classical pianist and organist currently pursuing a master’s in piano performance at our College of Music, studying with Jennifer Hayghe. A native of Huntsville, Alabama, Hale began his study of the piano at age 8 with Glen Harper. Since then, his passion for music has driven him to excel in his studies and to improve his skills as a performer and teacher.

He is passionate about training future performers and believes music is a powerful way to bring our communities together. His ultimate goal is to continue studying piano performance at the doctoral level and aid in the betterment of society by educating piano students. 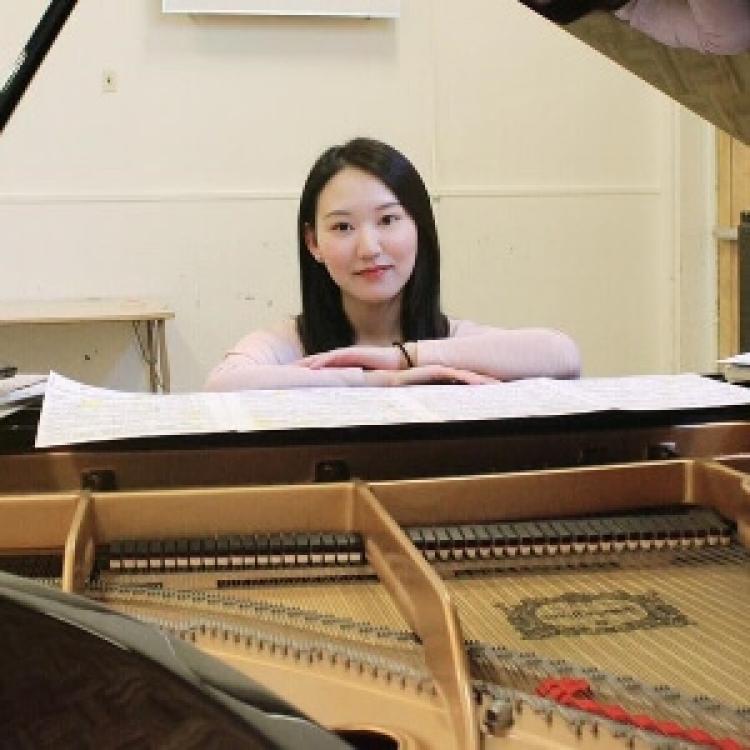 Jiaze Ma is studying with David Korevaar, pursuing a DMA degree in piano performance at our College of Music. During her youth, she was classically trained by Professor Xie Yuan, chair of the piano department at Tianjin Conservatory of Music, China. Ma has since gained vast performance experience in solo, chamber music settings, and with orchestra. In 2020, Ma earned a Master of Music degree as the distinguished graduate honoree at San Francisco State University (SFSU), studying with Roger Woodward and Victoria Neve.

As an experienced piano instructor, Ma specializes in developing personalized study plans and repertoire to achieve individual goals. She successfully coached students for ABRSM piano, theory, sight-reading, technique and ear-training exams. Ma is an active member of the Music Teachers National Association (MTNA) and has attended many teacher trainings and development meetings.

Ma loves teaching students to play piano and enjoys communicating with them through music. Her teaching philosophy is to help students build a solid music foundation and encourage them to be musical and creative while enjoying and having fun with the adventure of learning piano. 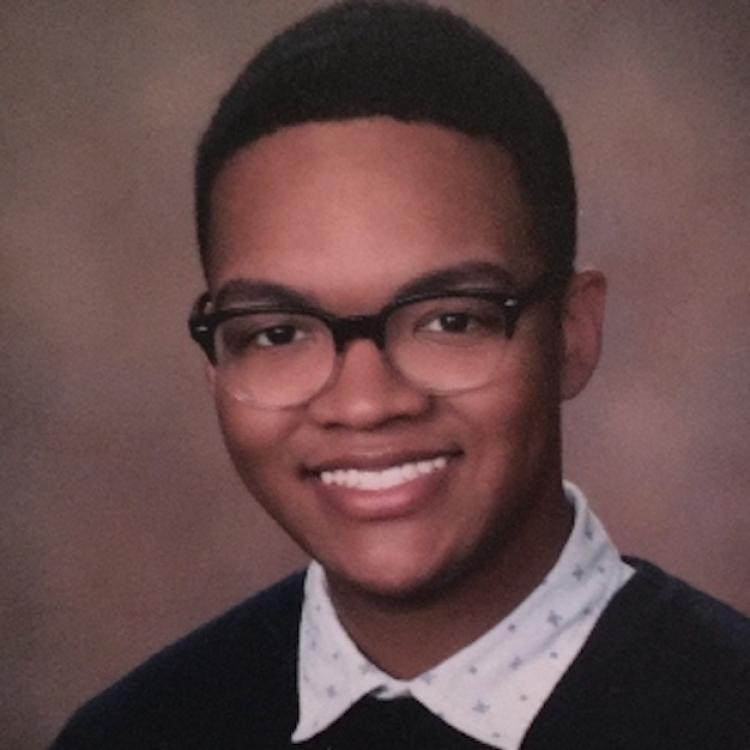 James H. Morris is a classical pianist pursuing a master’s in piano performance at our College of Music. He currently studies with Jennifer Hayghe, the last student of the legendary artist-teacher Adele Marcus. Morris recently graduated cum laude from Westminster Choir College of Rider University, earning bachelor’s degrees in both piano and theory/composition. There, he studied piano with James Goldsworthy and theory/composition with Stefan Young. Morris has been awarded five gold medals by the ACT-SO state competition for New Jersey and three gold medals at the ACT-SO national competition. In 2017, 2018 and 2019, he placed first in the Westminster Piano Competition. Additionally, he placed first in the Westminster Composition Competition in 2019 and second in 2018. He was further a recipient of the Damien Dixon Memorial Scholarship in 2018 and was named the alternate for the New Jersey MTNA Competition Young Artist division in 2019. 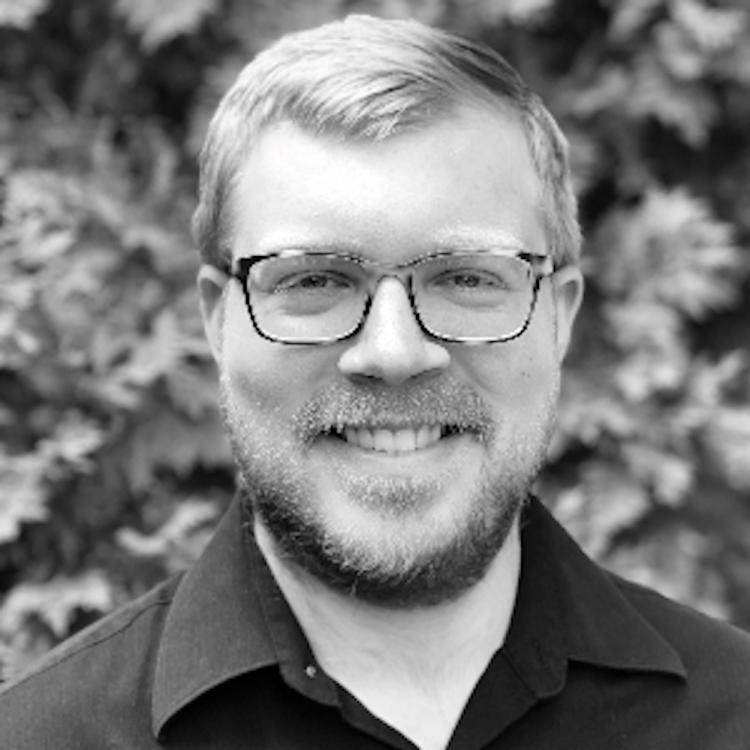 J. David Reid is a native of Baton Rouge, Louisiana, where he started his musical studies at the age of four. He is a DMA candidate at our College of Music, studying with Jennifer Hayghe. He earned a MM from the Indiana University Jacobs School of Music, where he was an Associate Instructor (secondary piano), teaching both class piano and private lessons to both music majors and nonmajors. He completed three undergraduate degrees in piano performance (BM), voice (BA) and business finance (BS) at Louisiana State University, for which he was awarded full endowed and academic merit scholarships. Among these awards, Reid was chosen to represent the LSU School of Music as the 2013-2014 Presser Undergraduate Scholar for academic and musical excellence. He has won a variety of prizes in competitions both at local and national levels. Reid made his solo debut abroad at many performance halls throughout Italy and Ireland in the summer of 2013. He enjoys both vocal and instrumental collaboration and has played extensively with singers and instrumentalists. His primary teachers are Jennifer Hayghe, Evelyne Brancart and Gregory Sioles.

Teaching piano is a pursuit Reid has held dear for many years—he has taught privately, through several music academies, and given masterclasses in both universities and precollege music academies in addition to his graduate teaching responsibilities at the Jacobs School. Reid enjoys the opportunity to come alongside his students as they explore and develop their skills in music-making. His primary pedagogical focuses are developing competence in the written and aural aspects of piano playing, developing a love for discovery in the learning process, and helping students find personal fulfillment and enjoyment in their musical pursuits. 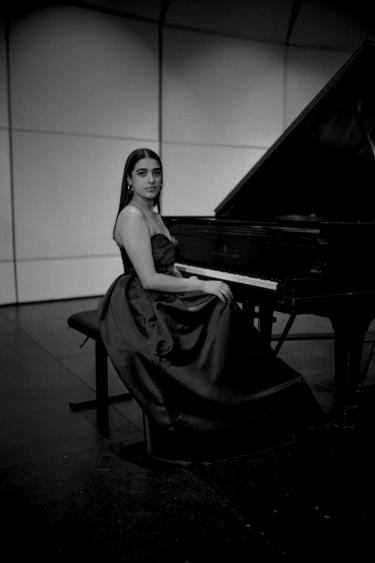 Nadia Rodriguez, a native of San Diego, California, started her musical studies in piano and violin at age 7.

As a music educator, Rodriguez’s teaching is illuminated by her avid performing experiences, flourishing pedagogical training and profound musical inspiration. Her goal is to implement music as a lifestyle by realizing effective practice habits while nurturing each student to develop their own strengths and interests, which results in empowering students’ entire persona as the foundation to the musician. 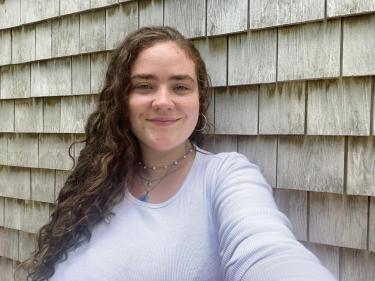 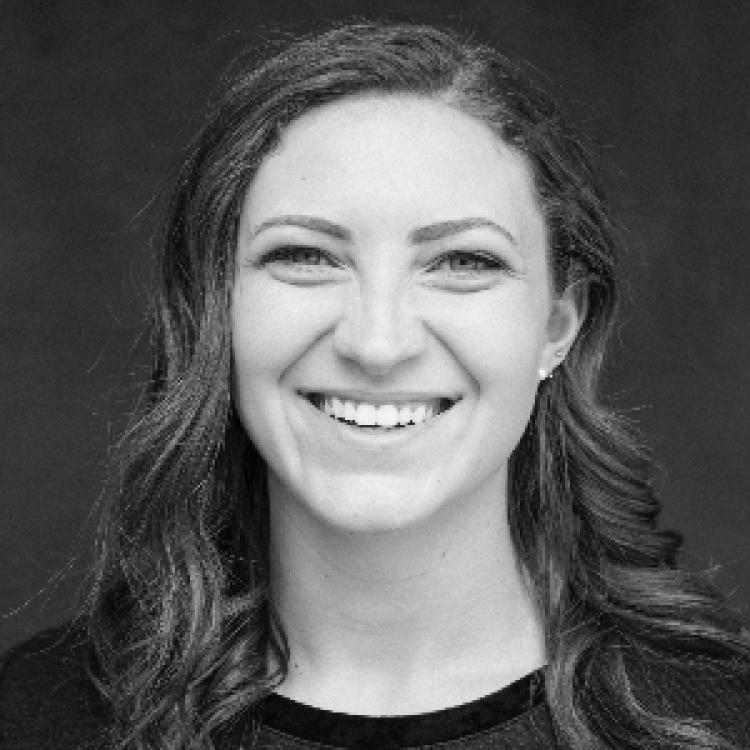 At age 6, Smith began lessons with Jennifer Roemer Aradhyula and discovered a passion for music that was rooted in a strong student-teacher relationship. As her playing has developed, so have her teaching skills. During her undergrad, she developed her own diverse and successful studio in the Dallas area. Smith believes strongly that whether age 5 or 65, everyone should have the opportunity to cultivate a love for music. Whether that love may be for classical, jazz, pop or improvisation, everyone’s relationship with music manifests differently, and Smith has the training and experience to help each student grow as a musician. Her approach to teaching is grounded in her ability to connect with her students, which enables her to assess their needs and personalize every lesson to best fit the students learning style.

After completing her master’s degree, Smith plans to go on to earn a DMA in piano performance and pedagogy and continue building her private piano studio, sharing her love of music with others. 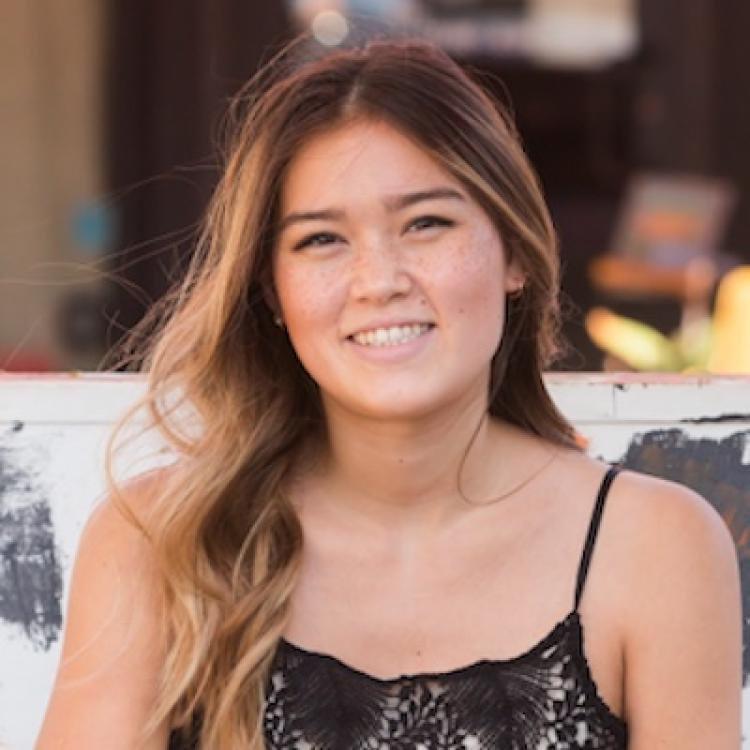 Abigail Terrill is a teacher, performer and creator of (mainly) piano music. Her early training was based on classical Russian piano methods, but now she likes to play, teach and dabble in all sorts of genres and sounds.

She began learning to play the piano at age 5. As a child of military parents, she was exposed to a wide range of teaching styles from moving to many different states. In 2009, she began a seven-year music study program at the Barthelmes Conservatory in Tulsa, Oklahoma, which provided many solo and chamber ensemble performance opportunities. Her private teacher, Tatyana Lantos, pushed her to compete in solo and ensemble state competitions, and her composition and ensemble teachers inspired her to complete a bachelor’s degree in piano performance and pedagogy at the University of Central Missouri, where she studied with Mia Hynes.

Throughout her time in a home studio, her job at Guitar Center and her work in the Warrensburg Community Music Program, she has collected over five years' experience teaching both avocational and pre-professional children and adults. As a performer, she makes it a point to program lesser known pieces, such as Dutilleux’s “Au gre des Ondes,” Maurice Emmanuel’s “Sonatine VI” and works by Cécile Chaminade. As a creator, she has enjoyed projects like composing for prepared piano and building a clavichord from a kit!