An inside look: Interning with Artimus Robotics Andrew Brown and Evan Mossel are undergraduate students in Mechanical Engineering. They interned with Artimus Robotics during summer 2021.

Evan, can you tell us a little bit about the company where you both interned?

Evan Mossel: Artimus Robotics was founded out of Christoph Keplinger’s lab in 2018. It’s built around HASEL actuator technology, which uses electrostatic forces to create artificial muscles with high energy density and soft touch capabilities. The muscles are part of a new industry that’s using material science to bring smarter, more life-like robotics to market. As a result of external interest in the new product, they were encouraged to take their company as far as it could go.

Andrew, what was your role as an intern with Artimus Robotics?

Andrew Brown: My role as a Mechanical/Electrical Engineering Intern at Artimus Robotics was shaped around my interests and the needs of the company. Through one of Artimus’s main grant proposals, NASA showed interest in the self-sensing capabilities of the HASEL actuators. My internship focused on supporting that work by creating programs in Matlab that can demonstrate the sensors’ self-sensing capabilities and the applications of that capability. For example, the sensors could detect failure and excess friction when the actuator has contacted another object or detect if the actuator will fail in the near future.

The project took on a few different forms as I tested different methods. I started with LabView, which had problems with efficiency. I then moved to Python, but ran into a roadblock due to package bugs. Then I moved to Matlab, which had shown the most promise through the use of the Matlab App Designer, and which I used to create a deployable app. There have been many smaller projects within this larger project, such as gathering data for the creation of actuator calibration curves where I get to deploy my programs.

Evan, your role was to focus on the company’s website redesign. What did this entail?

Evan Mossel: The redesign required producing detailed and functional SolidWorks models as well as dimensioned and marketing drawings. The thought process behind this redesign was to be completely transparent about all standard products that Artimus offers. The customer can see photos and detailed dimensions of the products and can download the models I created to input them into their own SolidWorks assemblies for a mockup of their product.

I quickly realized that modelling soft-body electronics was difficult in a program that relied on block or surface based models. The project pushed me to develop familiarity with SolidWorks equations and multi-body modelling, which allowed me to complete the project while also expanding my modelling skills. The end result was a website that looks both professional and complete, allowing customers to interface with my models and dimensioned drawings and to download them for their own use.

Andrew, how did this internship experience add to your engineering education?

Andrew Brown: This internship taught me a lot that I could never have learned through class experience. I learned a ton each day through my mistakes and got to do my best work on my projects, which contrasts with school where mistakes result in lost points and I might only have time to do the bare minimum. I also got to collaborate directly with people who know more than me every day. This is not an experience you can get in the classroom and it is priceless.

I was able to learn what I had planned to do over the summer - circuitry and programming for systems. I was able to get into the weeds of signal processing using programming tools, which is what I set out to learn from the beginning.

Evan, what was the most rewarding part of the internship?

Evan Mossel: The internship was an incredibly fulfilling and unique experience. The start up aspect revealed an entire new set of opportunities that I would never have learned about in a larger company. I was able to see my work directly benefit the company, aid in researching and mockup creation for both government and industry partners, and much more. When I initially received the email for this program, I was unsure of what it was and almost did not apply. However, I am very happy I put myself out there as the internship built up my skill set, gave me real world engineering experience and allowed me to make connections that will last a lifetime. I learned to never be hesitant to pursue an opportunity, even if it does not appear to be a perfect match.

If you asked me where I saw myself as an intern, a robotics company would probably not have been mentioned. After this experience, that has certainly changed. The experience has taught me that there is always much more nuance and complexity to a company’s work than simply the name, therefore I should always look deeper and see where my value may lie.

This experience was part of the Department of Mechanical Engineering's Summer Internship-for-Credit Program, where students work for partner companies in the start-up, small business and non-profit worlds. Learn about the student application process for 2022 and how to become a partner company through the link above. 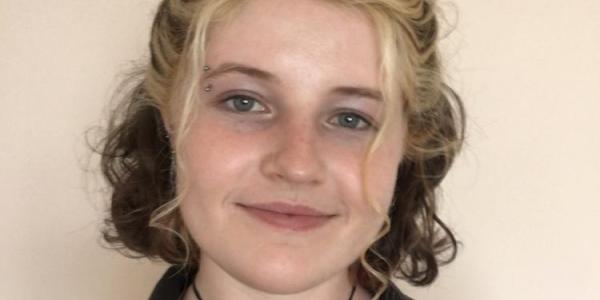 An inside look: Interning with unspun

Ella McQuaid is an undergraduate student in Mechanical Engineering. She interned with unspun during summer 2021. 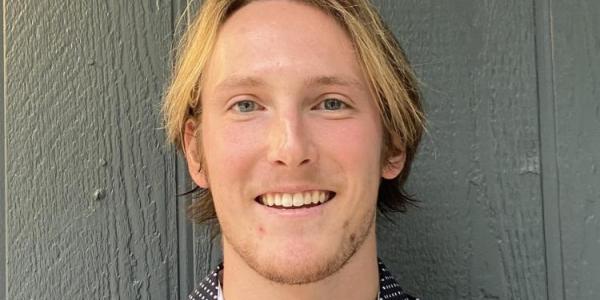 An inside look: Interning with ShoeSense

John Cunningham is an undergraduate in Mechanical Engineering. He interned with ShoeSense during summer 2021. An inside look: Interning with FieldLine Inc.

Julia Beattie and Bennett Verderame are undergraduates in Mechanical Engineering. They interned with FieldLine Inc. during summer 2021.