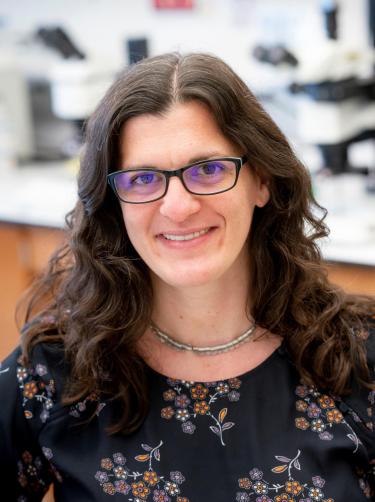 Sarah Calve will be joining the Department of Mechanical Engineering at University of Colorado Boulder in January 2020 as an associate professor.

Calve received her BS in materials science and engineering from Cornell University, an MS in molecular, cellular and developmental biology, and a PhD in macromolecular science and engineering from the University of Michigan. Her doctoral research focused on the design and mechanical characterization of self-assembling constructs for musculoskeletal repair, under the guidance of Professor Ellen Arruda. As a postdoctoral fellow at Northwestern University’s Children’s Memorial Hospital, Calve investigated the role of extracellular matrix remodeling during newt limb regeneration.

In 2012, Calve joined the Weldon School of Biomedical Engineering at Purdue University as an assistant professor. Her research group, the Musculoskeletal Extracellular Matrix Laboratory is actively developing tools to quantify how the composition, turnover, organization and mechanical properties of the musculoskeletal system change during scar-free tissue assembly. The goal is to use these tools to uncover how different components integrate to form functional tissues during normal development and to identify parameters that will guide the design of regenerative therapies.

In 2017, Calve became the first Purdue professor to receive the NIH Director’s New Innovator Award. Additional recognitions include the BMES-CMBE Rising Star Junior Faculty Award in 2018, inclusion in the National Academy of Engineering, Japan–America Frontiers of Engineering Symposium in 2018, selection as a Cellular and Molecular Bioengineering “Young Innovator” in 2019 and being named the Leslie A. Geddes Assistant Professor of Biomedical Engineering at Purdue in 2019.