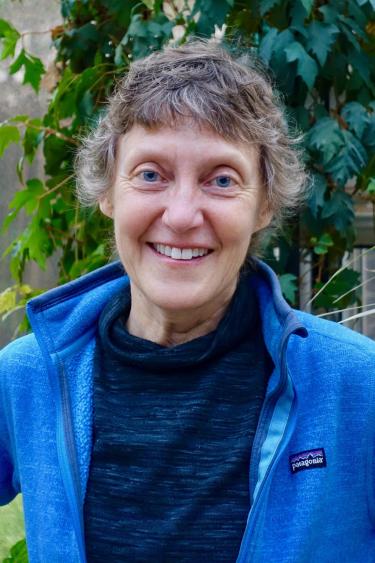 Hope Michelsen will join the Department of Mechanical Engineering at University of Colorado Boulder in August 2019 as an associate professor. She is looking forward to working with students as she continues her work on combustion and climate change.

Michelsen started her research career as an undergraduate chemistry major at Dartmouth College, measuring the resonance-enhanced multi-photon ionization spectrum of oxaziridine, an explosive organic molecule containing a three-member oxygen-nitrogen-carbon ring. After graduating from Dartmouth, Michelsen spent a year doing research as a student intern at Standard Oil of Ohio (now BP America) in Cleveland, Ohio. There, she studied ultrafast spectroscopy in micelle solutions.

Michelsen then moved to Stanford University to work with Professor Richard N. Zare as a PhD student in chemistry. Her PhD research was performed at the IBM Almaden Research Center in San Jose under the direction of Drs. Daniel J. Auerbach and Charles T. Rettner. This work entailed detailed measurements of the chemical dynamics of gas-surface reactions. After completing her PhD, Michelsen received an NSF postdoctoral fellowship to study stratospheric ozone loss with Professors James G. Anderson and Steven C. Wofsy at Harvard University. Her postdoctoral work took her to amazing places from Christchurch, New Zealand where she studied the Antarctic ozone hole to Fairbanks, Alaska where she studied Arctic ozone loss.

Michelsen also worked very closely with scientists at the NASA Jet Propulsion Laboratory on an experiment that flew on the space shuttle. She continued contracting for NASA for a brief time as a staff scientist at Atmospheric and Environmental Research, Inc. before moving to the Combustion Research Facility at Sandia National Laboratories in Livermore, California to study combustion-generated particles.

In addition to studying soot formation chemistry and X-ray and laser-based diagnostics development for soot, Michelsen and her husband, Ray P. Bambha, PhD started a climate science program at Sandia. Their work focused on the impact of combustion emissions on climate and included instrument development for measuring atmospheric combustion-generated particles and fieldwork to measure greenhouse gases and co-emitted species to trace their sources. This work took them as far as the Arctic to make measurements of greenhouse gases and particles.