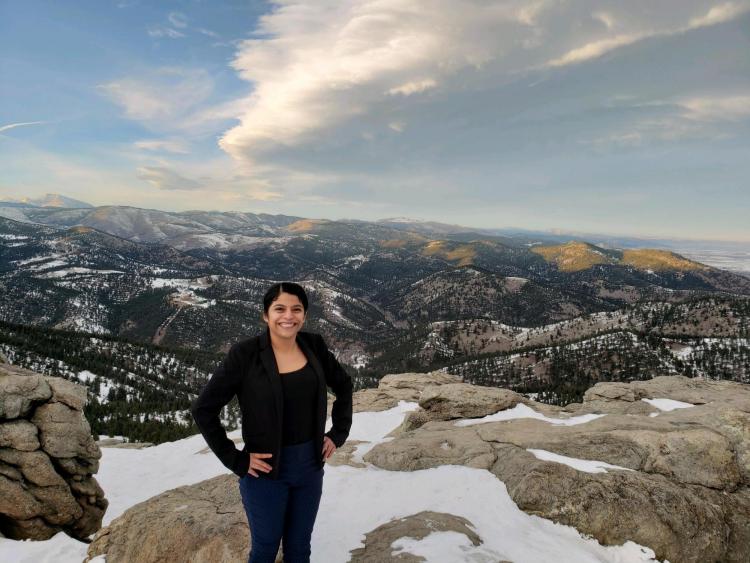 Daniarely Loma-Jasso was born in Mexico and moved to Kansas in the United States at the age of six. She is currently a senior studying mechanical engineering and will be graduating in August.

During a research project in middle school, she became aware of devastating problems due to pollution and learned about engineering. Although the highest level of education her parents received was a middle school education, they encouraged her to pursue my academic dreams. After much searching, she chose to attend CU Boulder to pursue her engineering dreams.

While at CU Boulder, she was part of the Society of Hispanic Professional Engineers where she served as outreach coordinator her sophomore year and president her junior year. She found a great support team in this group, something she believes every college student needs. She was also able to give back to her community by bringing in pre-collegiate students and teaching them about STEM and supported the Hispanic STEM community on campus by having networking nights and raising money to attend out-of-state conferences with companies hiring for internships and jobs. She was also a member of the BOLD Center community and Inspired Dreamers. In all of these groups she said she learned the importance of being true to herself and finding people that can help when difficulties come, so you can also help others.

At CU Boulder, Loma-Jasso said she has learned more about how to help the world through engineering and hopes to start a career in the renewable energy industry after graduation. She is most interested in wind and solar, because they are at the forefront of the renewable energy sector now, but she would eventually like to move toward energy-efficient home design. Loma-Jasso can't wait to graduate and accomplish everything her 12-year-old self dreamed of and more!