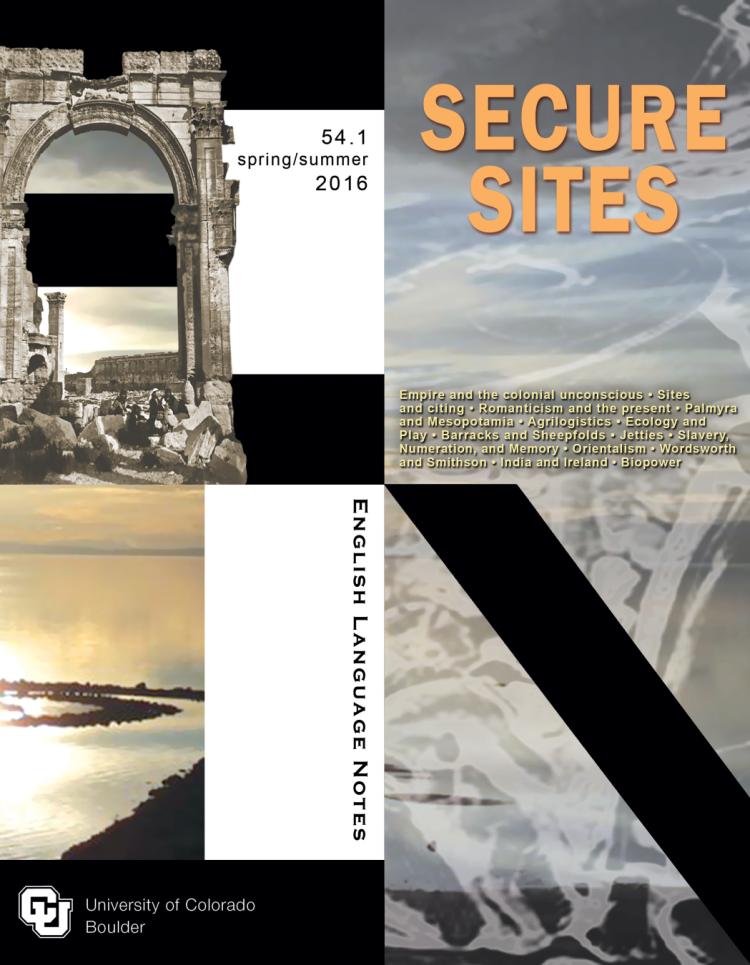 Secure Sites: Empire and the Emergence of Security

Drones, GPS, digital surveillance, profiling, risk assessment, and medical diagnostics: these are some of the practices that circulate biopower globally. But what are their historical antecedents? What material and social spaces occasion their emergence? Prominent theorists of biopower often underplay its historicity, associating it with an ontological logic of exception or the operations of a new kind of Empire. Neither approach offers much insight into how practices of security came so thoroughly to characterize state governance today. The moment seems ripe for a renewed inquiry into the emergence of the security state from European empires whose competition for dominance laid the groundwork for the global circulation of biopower.

This issue of ELN invites discussion across a range of disciplines, eras, and cultural traditions of the historical emergence from earlier imperial and colonial practices of the contemporary security state. The global aspirations of European empires occasion new techniques of governance, applicable across long distances and over large populations. Statistics, for instance, arises as a means of administrating the life of imperial populations. What other practices work to similar effect? And what are their points of application? What specific sites of security arise to assert and maintain the homeostasis of global empires? Such sites might appear in the European metropoles (theaters, taverns, military camps, marketplaces, docks, customs houses, or print shops), in the colonies (plantations, garrisons, ports, or factories) and in passages of transit between imperial loci (navy stations, ambassadorial outposts, trading centers, even the ruins of earlier empires). How do such sites function to advance practices of security? How are they linked? How does the spatial administration of empires enable the networked operations of the security state? How do local anti-colonial movements complicate the administration of imperial life? How does cultural work—literature, painting, caricature, drama, etc.—represent, reinforce, or disrupt the emergence of security? Because Secure Sites aims in part to revitalize historicist criticism by orienting it toward contemporary trends in governance, ELN urges contributors to draw upon the exciting theoretical and critical work currently being done in fields open to a genealogical approach: economics, geography, cartography, media studies, environmental studies, etc.