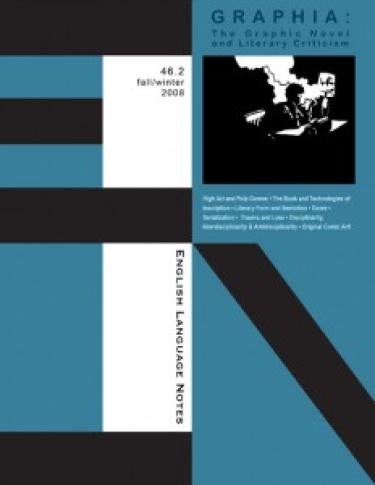 The comic book is currently undergoing a renaissance. Re-branded the Graphic Novel, comics now command bookstore aisles and Pulitzer Prizes alike. Much of the academic discussion surrounding this form would sequester it as belonging to an autonomous discipline and deserving of a specialized analytic. In contrast, Graphia argues that comic pamphlets and graphic novels are ill-served by the notion of rupture and so seeks to integrate them into Literary Studies. Thus its eleven full-length essays observe that literary formalism provides a rich framework for reading the complex verbal and visual troping inherent the comics page. Realizing this, however, Graphia also argues that the profound figural depth of these pages is latent in all the arts that would travel by the book. Rather than appropriating the graphic novel for Literary Studies, then, Graphia suggests that comics are unbound by any single discipline and recalls such openness for literary criticism in general.