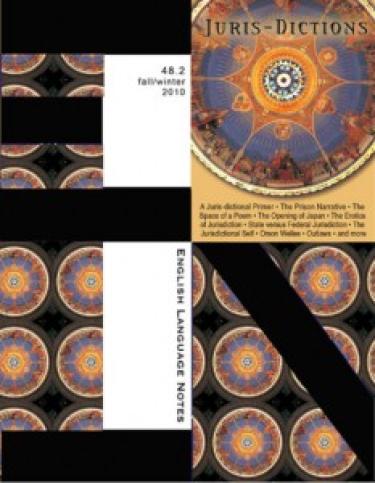 Under the rubric of jurisdiction—defined narrowly as the power and authority of courts to hear and determine judicial proceedings, but more broadly and etymologically as the speaking of the law or of the norms that constitute a bounded society—we find that the legal and the literary are mutually constitutive and share a crucial dependency on spatial, territorial, and geographic organization. The force of law emerges, as does the force of language, from the space it encompasses or designates as its own and from the contrasts between that space and what lies beyond it. Contributions include analyses of the relationship between identities of exclusion and inclusion, migrations and asylums, rhetoric and law, and the jurisdictions of the body, among other things.