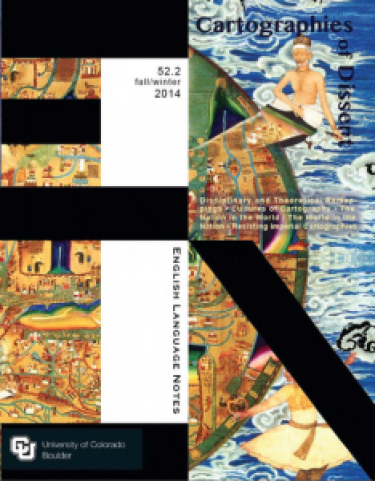 In recent years, the transitive practice of “worlding” literary studies has often, implicitly or explicitly, presupposed a globalized cartography. Global literary forms are symbolically mediated in the peripheries of the world-system (Moretti); global cultural capitals bestow the status of littérarité on the otherwise not-quite-literatures of the world (Casanova); global cosmopolitan norms determine the ethico-political viability of third-world texts for domestic audiences (Brennan); global literary markets publish postcolonial texts on the basis of their exotic or authentic commercial appeal (Brouillette, Huggan); and globalization itself, its capitalist sublime, demands the reinvention of comparative literature from a planetary perspective (Spivak). Et cetera. While certainly critical, such approaches bear the largely unacknowledged, unexamined weight of a cartographic imagination that has been historically in the service of the very structures of power they criticize. As early as Orientalism, Edward Said foregrounded the overlaps between the cartographic impulse, what he called “imaginative geography”, and the imperial impulse to designate boundaries and define others. Along with the category of “literature” itself as forged in the crucible of philological orientalism (Mufti), can what might be called “cartographic orientalism” also be considered part of the political unconscious of world literature? Through its globalized cartography, does world literature inevitably, as Djelal Kadir suggests, “circumscribe the world into manageable global boundedness”?

This special issue of English Language Notes builds on the previous, “Imaginary Cartographies” (ELN 52.1, Spring/Summer 2014), edited by Karen Jacobs, but seeks to redirect its investigation of cartography to the problematic of world literature. The questions of geographical scale, historical scope, and methodology that have animated this field might, we contend, be fruitfully reassessed through close critical attention to the uses and misuses of mapping therein. Through such attention, we aim to envision alternative cartographies of world literature, what we call “cartographies of dissent,” that cut across, intersect, or elude the circuits of globalization.