Leah Rivera: A helper with a passion for justice

Leah Rivera (EnvEngr’'21) is the rare recipient of two awards bestowed by the College of Engineering and Applied Science: the Community Impact Award and the Justice, Equity, Diversity & Inclusion (JEDI) Award.

Rivera, however, didn’t set out to win one graduating student award, let alone two. She just wanted to be a force for good.

"I started looking up, 'What career can I have that will help people?' It was very generic, I remember googling it. And one of them was environmental engineering. I didn't know anything about engineering, but I was like, 'OK, I'll do it.'" Rivera said.

A plunge into the unknown

Despite limited knowledge of what engineering could be and no calculus or physics courses from high school, Rivera was accepted into the Engineering GoldShirt Program. Tanya Ennis, then program director of the GoldShirt program, “took a chance on me,” Rivera said.

The GoldShirt Program seeks to support the holistic development of promising engineers who often haven't been able to access college-preparatory courses and programs. The program provides community-building, holistic advising and financial support.

As Rivera plunged into engineering at CU Boulder, she had to balance learning independent living and feelings of academic inadequacy with the intense rigor of the engineering program. It was extremely challenging academically and, by her second year, Rivera was facing academic suspension.

“It was a very shameful time for me because I felt like I had failed and that I couldn't get back to a good place in terms of academic standing,” Rivera said. “I also felt like I had disappointed other people. I didn't actually talk to my family about it because that's how embarrassed I was."

In the depths of her despair, Rivera went to Ennis.

“I expected her to say ‘Oh, I told you so,’ because she gave me a chance and I nearly ruined it, but she didn't talk to me condescendingly or anything. She met me with grace,” Rivera said.

“Leah asked me if I believed that she could succeed in engineering, and my response was, ‘Of course I do. You are capable of succeeding in whatever you believe you can!’ I remember the hopeful look on her face,” said Ennis.

Rivera started taking continuing education classes to get her GPA up and made the Dean’s List for her GPA that semester.

Boosted by that success, Rivera came back into the Environmental Engineering Program ready to succeed and to give back. She became a peer mentor to students in the GoldShirt Program, EVEN and ImagineCU.

She encourages students to be as open as they can be about their struggles and to get the help they need.

"Leah’s motivations have always been grounded in relationships and care for others." said Phil Courey, current director of the GoldShirt Program.

"A lot of people, myself included, make it worse by talking down to ourselves and not being nice or gentle with ourselves when facing failure. I'd just say, "Be nice to yourself and be gentle. Yes, we all make mistakes, but make the most out of it,’" Rivera said.

Rivera also recommends working with academic coaches and allowing yourself to have a support network rather than isolating yourself.

Rivera began to believe in herself, she said, and worked to stop comparing herself to other students and focus on her own strengths. She became co-president of the Society of Environmental Engineers (SEVEN), where she is dedicated to promoting inclusivity and helping build community.

"Engineering is not just about science and technology, but about how we implement it in communities to make people's lives better. That's why it's so important to me, and why I love it so much," Rivera said.

She used YOURE@CU, a class facilitated by the BOLD Center that pairs students and researchers over the course of a semester, to gain valuable research experience.

Ennis also connected Rivera with Professor Shelly Miller, who works closely with women students in the College of Engineering and Applied Science to mentor them and encourage them to succeed in engineering.

Rivera's involvement in promoting inclusivity carried through in her research, as she researched how to empower people living in north Denver neighborhoods disproportionately impacted by the expansion of I-70. A summer 2021 internship with the Environmental Protection Agency focused on expanding engagement with rural community leaders in Colorado.

Reflecting on her college experience, Rivera feels gratitude. Without the BOLD Center, she said, she knows she would not be here today. “The GoldShirt Program is a family.”

While she said she knows she can never repay what the program did for her, she hopes to continue paying it forward.

“Leah’s demeanor changed from one of concern to one of passion and curiosity. I am extremely proud of Leah and all that she’s accomplished,” Ennis said. “I know that she will positively impact the world with her dedication to protecting the environment and her relentless care for all people that she encounters.” 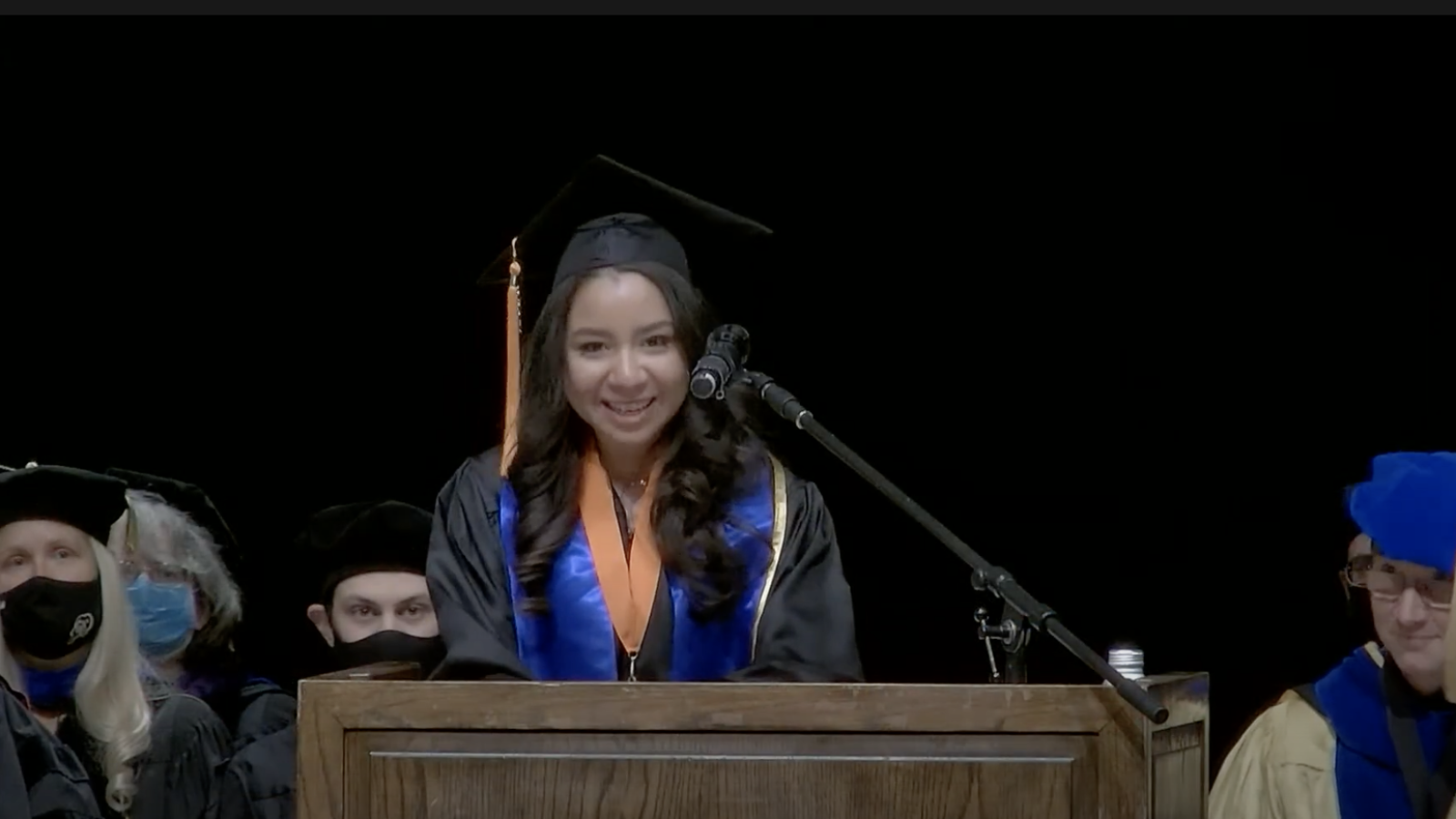 Watch Leah Rivera's speech to the fall graduates of 2021 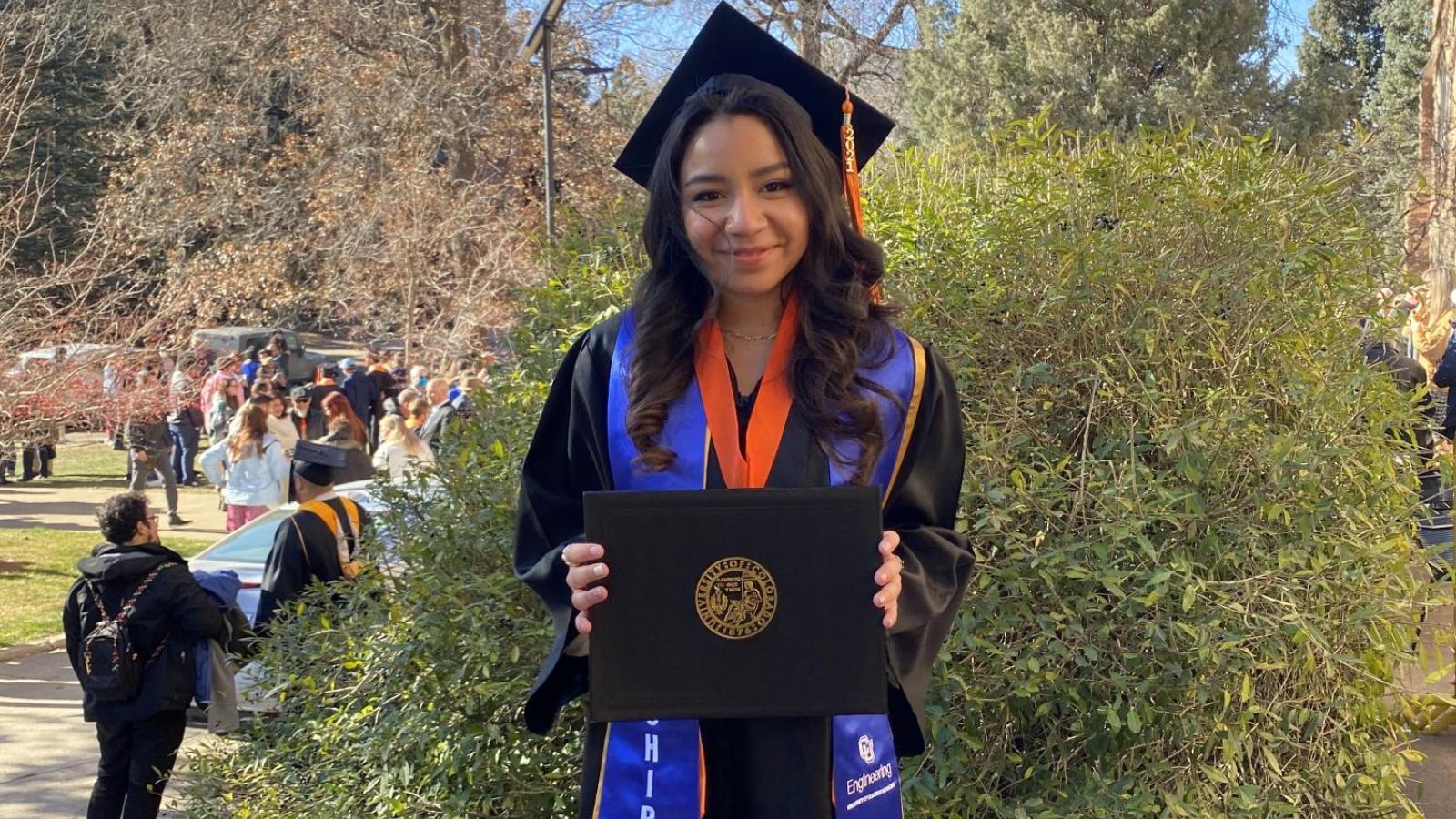 Here are some resources Leah used and supported as a student: