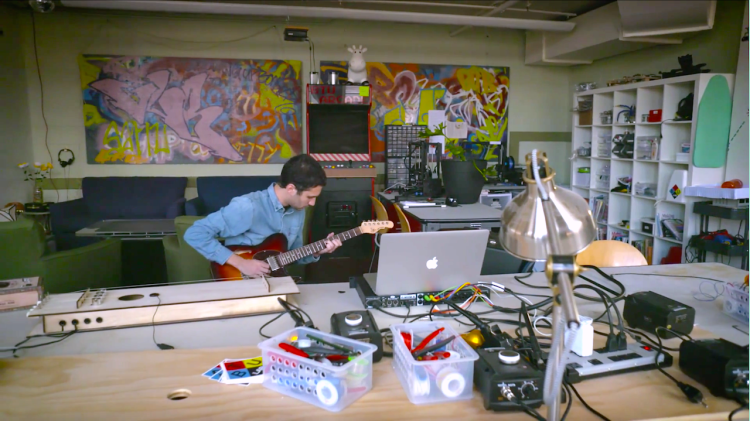 At each college graduation ceremony, the College of Engineering and Applied Science recognizes one graduate who stands above their fellow students in academics, research and service. This semester, that honor will go to Willie Payne, who is completing his concurrent bachelor’s and master’s degree in computer science.

In addition to working with audio-based notifications in Kane’s lab, Payne worked on a cross-disciplinary team to help make the simulations created in CU’s PhET project accessible to blind learners. He also pursued independent research with a music professor to create a guitar multi-effects processor.

His music composition and performance credits run the gamut from solo guitar works to iPad performances with the Boulder Image and Sound Network, an ensemble he co-founded.

Computer science advisor Lesley McDowell, who recommended Payne for the college award, calls Payne tenacious and creative, and looks forward to seeing what he accomplishes in the future.

“He has an incredibly warm personality and great character that will take him as far as he wants to go,” she said.