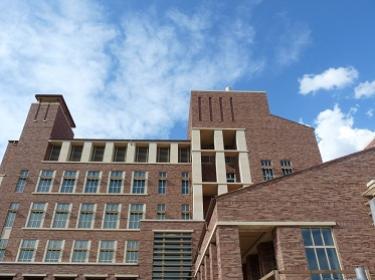 The Department of Chemical and Biological Engineering offers regular seminars to enrich the academic experience for students and faculty.

When schedules permit, drop-in sessions with the speakers are offered after the seminars.

The Patten Seminar Series brings notable professors to campus each academic year to speak on research topics across chemical and biological engineering.

James Patten was a native of Clifton, Colorado, and received a B.S. degree in chemical engineering in 1924 from the University of Colorado Boulder, where he was also a football player. His subsequent career was with Cities Service Company in the Midwest and then with J. G. White Engineering Company of New York. The Patten endowment at the University of Colorado was established by a trust in the will of Mr. Patten when he passed away in 1982.  His widow, Catherine Patten, was a graduate of Dary College in Springfield, Missouri. When she passed away in 1983, she left the remainder of the estate and the deed to her house to the Patten endowment, noting that her husband was always grateful for his education at CU. The Patten endowment has supported the Patten Seminar Series and the Patten Distinguished Lectureship in the Department of Chemical and Biological Engineering at the University of Colorado.

Upon Mrs. Patten’s death, the James M. and Catherine T. Patten Professorship in Chemical Engineering was formally established.  The endowment supporting this chair has since grown from $2.2 million in 1983 to over $5 million in 2004.

This new lecture series was established in 2017 by the Department of Chemical and Biological Engineering and the BioFrontiers Institute. The series celebrates the common ground between both groups, which share space in the Jennie Smoly Caruthers Biotechnology Building, and showcases preeminent leaders in biological engineering.