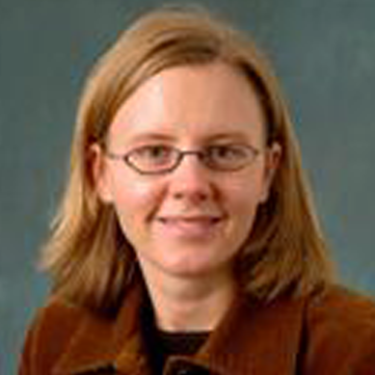 At least 50 growth factors have been identified as molecules that can protect vulnerable cells from death during the progression of neurodegenerative disease in the central nervous system. Cells already lost may one day be replenished by transplantation of embryonic stem cells, a potentially unlimited source of neural tissue for grafting. The success of this approach will depend on the extent to which cell proliferation and differentiation can be controlled, as deadly teratomas have been observed when undifferentiated stem cells are transplanted into the brain. Growth factors influence the survival, proliferation, and differentiation of embryonic stem cells and may be used for this purpose. However, the potential of growth factor therapy is currently limited by the extent to which delivery can be targeted to tissue containing vulnerable neurons or transplants while minimizing toxic effects to healthy tissue. The focus of this research is to develop synthetic polymer materials that present potent molecules to neural cells in a spatially and temporally programmable manner. The long-term goal of this research is to identify and use patterns of chemical cues to control the survival, proliferation, and differentiation of endogenous and transplanted neurons as a treatment for neurodegenerative disease in the CNS.

Injectable polymer cell carriers to promote transplanted dopaminergic cell survival
Parkinson’s Disease (PD) is characterized by the progressive loss of a specific population of dopaminergic neurons in the brain. This cell loss leads to impairments in motor function, and eventually death. In contrast to Huntington’s disease, identification of patients at high risk for developing PD is not yet possible prior to the onset of severe clinical symptoms. For example, Parkinson’s patients do not manifest movement abnormalities until greater than an estimated 70% of their nigral cells are lost. For this reason, treatment strategies have focused on the use of cell transplants to restore neuronal cell function.

Intrastriatal transplants of fetal nigral neurons reinnervate the striatum, form synaptic connections, release dopamine, and improve motor deficits in both animal models of PD, and clinically, in human patients. While transplantation therapy has significant potential as a treatment, a large number of cells are required to be effective as 80-90% of cells die following grafting. In fact, the majority of cell death occurs during the first week following transplantation. The reason for this has not been determined but is thought to involve, in part, a lack of trophic support.

Several factors that influence dopaminergic cell survival and differentiation during development have been identified. Key signals regulating the appearance of dopaminergic neurons include engrailed, wnt-1, nurr-1, fgf-8, and sonic hedgehog. Dopaminergic progenitor survival and maturation are also dependent on trophic factors secreted locally by cells in the striatum and substantia nigra, including GDNF and BDNF. One approach to improving the survival and differentiation of neural progenitor cells following transplantation into the adult central nervous system is to recapitulate these developmental cues synthetically. The focus of this research is to incorporate extracellular matrix molecules and soluble factors into three-dimensional hydrogels, with the goal of improving cell survival and differentiation upon transplantation (Figure 1). The dose and duration of cell exposure to developmental cues will be controlled by varying the method by which factors are incorporated into the hydrogel. Short-term delivery will be achieved by directly encapsulating factors into gels. This period of delivery will be extended by covalently attaching the factor to the polymer network. Sustained delivery of a factor, after the hydrogel has completely degraded, will be achieved by co-encapsulating cells with polymeric controlled release microparticles.

Our experimental approach is to photoencapsulate neural progenitor cells into three-dimensional hydrogels. Confocal microscopy is used to directly visualize cell survival and morphology over time. Tyrosine hydroxylase immunoreactivity is used to specifically assess dopaminergic cell survival and morphological differentiation. Results from these studies will be used to identify hydrogel formulations that promote the survival and differentiation of dopaminergic neurons. These formulations will then be tested in animal models of PD in collaboration with scientists at the University of Colorado Health Sciences Center.

Cell assembly to control the survival, expansion and differentiation of neural stem cells
One factor limiting the widespread application of neural cell transplantation as a treatment for neurodegenerative disease is the lack of availability of suitable donor tissue for transplantation. In vitro expansion of neural stem cells offers the possibility of an unlimited source of donor cells. However, current expansion and differentiation protocols generate heterogeneous cell populations that vary in the fraction of proliferating and differentiated cells and include glia, oligodendrocytes, and different neurotransmitter-expressing neurons. Just as drugs chemically similar in structure have different biological effects, donor cell populations that vary slightly in their neurochemical composition will vary in the degree to which they restore neural circuitry in diseased tissue. Techniques to control cell survival, proliferation, and differentiation in culture are necessary to increase the availability of a well-defined donor cell population for widespread clinical use.

Culture systems that control cell assembly offer this possibility since cell-cell contact has been shown to influence cell survival, proliferation, and differentiation. For example, isolated neural progenitor cells cease cell division after one day in culture whereas small clusters of cells continue to divide at a rate that depends on cluster size. The contact-derived signal that mediates this response may be a membrane-associated factor, a soluble factor released from a cell within a cluster or gap junction communication between cells. A role for gap-junction communication in regulating cell proliferation is supported by the observation that clusters of proliferating cells co-localize with markers for gap junctions in culture and in the developing ventricular zone. Alternately the contact derived signal that impacts cell proliferation may be a combined effect of gap junction and soluble factor signaling as, the survival and proliferative effects of some growth factors on progenitor cells are evident only when cells are grown in clusters. In addition to survival and proliferation, cell-cell contact influences the differentiation of neural progenitor cell. Multipotent stem cells, which normally give rise to neurons, astrocytes, and oligodendrocytes under high-density culture differentiate almost exclusively into smooth muscle cells at low density.

While studies document the functional differences between isolated cells and aggregated cells, few have examined the behavior of clusters of controlled size. The principal difficulty faced by investigators in this regard has been in obtaining a population of uniformly sized clusters, as current methods for aggregate formation produce a relatively broad distribution of aggregate sizes. To facilitate this type of we are developing culture system based on synthetic micropatterned hydrogels that allow cell-cluster size to be controlled with micron-scale resolution over a broad time scale—days to weeks. The overall aim of this study is to gain a better understanding of the role of cell-cell interactions on cell survival, proliferation, and differentiation, as a step towards the development of an unlimited, well-characterized transplantable cell population for the treatment of neurodegenerative disease.