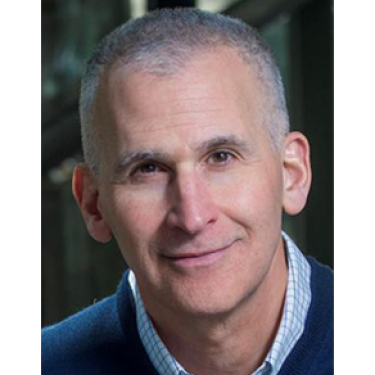 Biomolecules at Interfaces:
Biomacromolecules, like proteins and DNA, interact in complex ways at interfaces. We are studying the structural changes that occur when proteins and oligonucleotides adsorb at solid surfaces and at the air/water interface using a combination of single-molecule tracking fluorescence microscopy, interfacial rheology, atomic force microscopy, and infrared spectroscopy. We are particularly interested in understanding how intramolecular structural changes (e.g. protein unfolding) affect intermolecular interactions such as aggregation, surface fouling, and the formation of interfacial gels. This has applications in a number of areas, including the stability of pharmaceutical proteins as well as food colloids.

Biosensing at Interfaces:
We are interested in the interactions between surface chemistry and molecular recognition, such as DNA hybridization or protein-ligand binding. The competition between these types of specific interactions and non-specific interfacial adsorption is often the limiting factor in DNA technologies such as microarrays and single-molecule sequencing. Our research aims to develop ways to control non-specific interactions while promoting specific binding. We are also developing ways to use liquid crystals to detect specific molecular interactions at interfaces. Liquid crystalline materials are incredibly sensitive to small changes in the structure and chemistry of interfaces. This sensitivity, combined with the fact that liquid crystals can be used in simple optical displays, makes them very promising as read-out elements for biosensors.

Surface Modification using Self-assembled Monolayers:
Self-assembled monolayers (SAMs) represent a versatile coating technology with applications in biocompatibility, nanotechnology, biosensors, corrosion resistance, and molecular electronics. We study the growth and structure of SAMs, ultra-thin molecular films adsorbed from solution on solid surfaces, using single molecule fluorescence microscopy, atomic force microscopy, and spectroscopic techniques, in an effort to develop a deeper understanding of monolayer growth so that this technology will become applicable to a wider variety of substrate materials and applications. Technological applications of current interest in our group include self-organized strategies for the creation of nano-patterned surfaces (the fabrication of molecular "dots" and "lines"), chemical modification of metal catalysts to improve selectivity, modification of biomaterials and membranes to control non-specific adsorption, and development of novel surfaces for liquid crystal alignment.

Molecular Organization in Surfactant Monolayers:
The organization of molecules at fluid/fluid interfaces are directly related to the stability and dynamics of foams and emulsions. These systems are also important models for cell membranes and are of fundamental interest because of their quasi-two dimensional character. We use specialized optical microscopy techniques (fluorescence and Brewster angle microscopy) to study the complicated phase behavior of monolayers at the air/water interface. Our recent work in this area involves the discovery of “linactant” compounds, molecules that preferentially adsorb to two-dimensional phase boundaries in order to reduce the interfacial energy (i.e. the line tension). Such molecules are believed to have an important role in controlling the heterogeneous structure of cell membranes (i.e. lipid rafts).