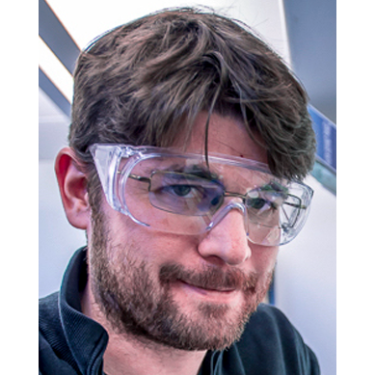 Colloid and interface science, polymer science and engineering, self-assembly, chemical synthesis, imaging, drug delivery, cancer research.
Our research is focused on the interplay between chemical properties at the molecular scale and materials properties at the nano- and microscale. Through careful design of interfacial structure and function, we are creating “smart” colloids and materials – such as polymeric architectures, organic/inorganic hybrids, and multiphase composites – that can sense their surroundings and react accordingly. This reaction results in transmission of information, release of encapsulated contents, or change of local surface and material properties, and applications for such systems include imaging, drug delivery, catalysis, sensing, and renewable materials, among others. We are also interested in how interfaces organize themselves when sensing chemical stimuli, and how they respond to external forces. We are exploring these phenomena in both natural and synthetic systems through a combination of chemical design, colloid and surface engineering, and microscopy.