In a banner year that has included receiving five distinguished research awards, Wyatt Shields, assistant professor of Chemical and Biological Engineering, has been awarded one of the nation’s largest and most prestigious awards for young investigators: a Packard Fellowship for Science and Engineering from the David and Lucile Packard Foundation.

The award honors the Shields Lab’s research to develop tiny particles that address large medical challenges, such as drug delivery and disease monitoring. Shields’ team builds microrobots—too small to be detectable by the human eye— to create small-scale systems that perform these sophisticated tasks with relative ease.

“Being named a Packard Fellow is a huge honor,” Shields said. “I am humbled to be in the company of great scientists and leaders that I have looked up to my entire career.”

“I have never seen a faculty member get off to a more impressive start than Wyatt," said Professor Will Medlin, department chair of Chemical and Biological Engineering. "Being named a Packard Fellow is another milestone in the long list of highly competitive awards he received this year. It demonstrates the impact and excitement of his research accomplishments in microscale robotics."

Shields is CU Boulder’s 20th and the College of Engineering and Applied Science’s fourth Packard Fellowship winner, alongside the college’s most recent winner, Christoph Keplinger, an associate professor of mechanical engineering who won the award in 2017. Since 1988, the Packard Foundation has awarded $481 million to support 675 scientists and engineers from 54 national universities.

Each 2022 fellow will receive a grant of $875,000 to pursue their research. Shields’ award will support his lab for the next five years to focus its efforts on building microrobots and testing their use on challenging biomedical problems, such as navigating tortuous environments, swimming through non-Newtonian fluids and treating diseased tissues. 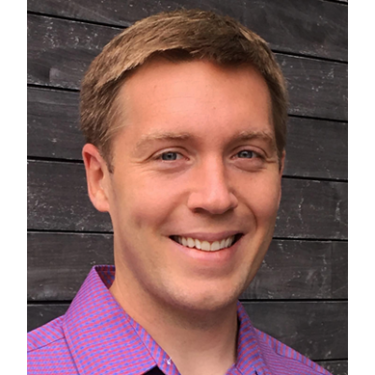 Shields says microscale robots may serve “as one of the greatest advancements of this century,” but that they are cumbersome to fabricate.  He says that making small robots from discrete building blocks “gives us a new way to think about robotics at the micrometer-scale.” Instead of fabricating complex devices from the “top-down” using a single block of material, his team will manufacture programmable machines from the “bottom-up,” by assembling robots from smaller pieces using magnetic fields, which may open new doors in terms of scale-up, manufacturing and application.

As a Packard Fellow, Shields will also be invited to an annual conference in September in Colorado Springs to meet with other fellows, as well as the advisory panel and members of the foundation’s board of trustees.

“I am excited to freely pursue bold ideas with the Packard Foundation’s support,” Shields said. “This award would not have been possible without the support of my outstanding students and colleagues at CU Boulder.”