Haas earns Outstanding Undergraduate of the College and Research Awards 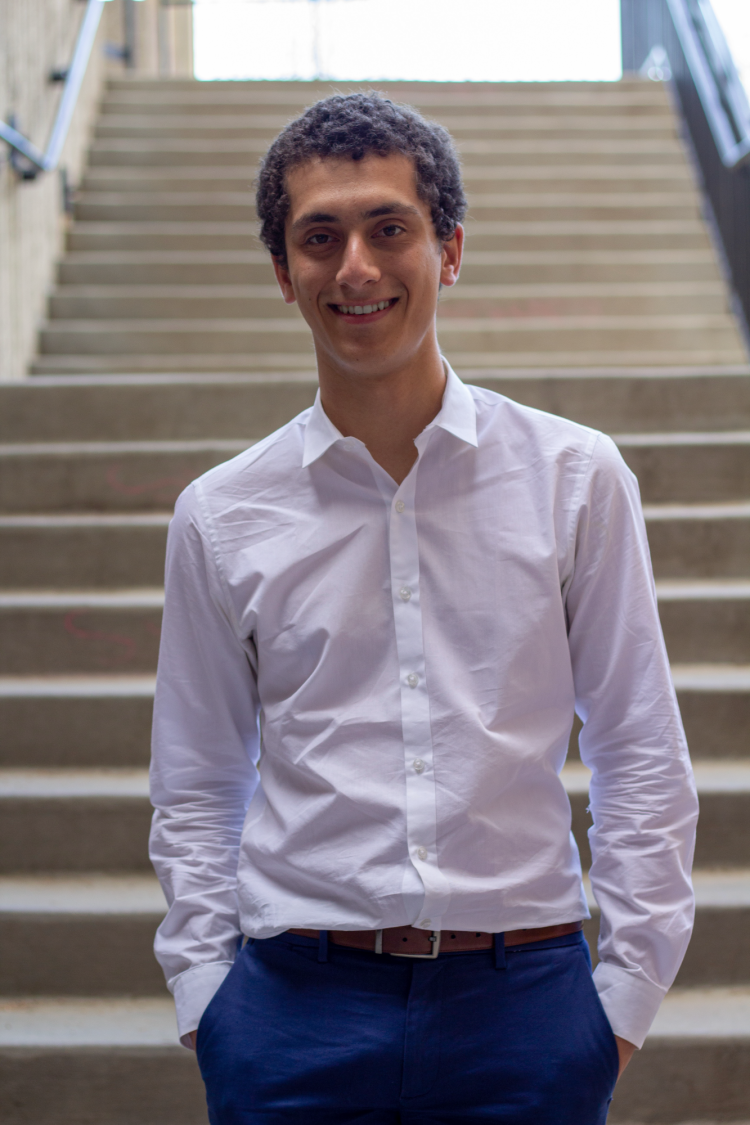 Cyrus Haas is the Outstanding Undergraduate of the College for the 2021-2022 academic year and a recipient of a Research Award for his work with the Whitehead Research Group.

Haas earned these recognitions through his academic achievements, his work in the lab and his time as a course assistant for both Biokinetics and Thermodynamics. In the summer before his sophomore year, Haas volunteered with Engineers in Action to design and build a 69-meter long pedestrian bridge for a remote community in Eswatini.

As an undergraduate researcher in the Whitehead lab, Haas gained experience with computational and experimental projects.

“My primary focus has been SARS-CoV-2 related research since the pandemic began and I have been an author on two publications since joining,” Haas said. “I am now working on my senior thesis in the lab.”

As a graduating chemical and biological engineer, Haas is looking forward to pursuing a doctoral degree at the University of Washington.

“I am hoping to work at the intersection of chemical and biological engineering with a focus on developing novel tools and medicines for treating human diseases,” Haas said. “Outside of academics, I hope to travel this summer and spend time with friends and family before moving to Seattle in the fall.”

His work on SARS-CoV-2 — the virus that causes COVID-19 — inspired him to continue researching diseases.

“I want to use a chemical engineering lens to develop possible treatments and medicines to help cure or treat human illness,” he said. “I also want to continue teaching chemical engineering concepts in graduate school as a teaching assistant and I would like to teach others about my research in the future.”

Haas offered some advice to students who are still working toward their degree in the department.

“My advice is twofold: one, prioritize the depth of the experiences you have at CU Boulder over a breadth of different experiences,” he said. “Try to take on roles that allow you to continue making significant contributions to what you are most passionate about. And two, don’t forget to take breaks and time away from school. The four years will go by fast and it’s important to make time to enjoy those years while also learning.”

Associate Professor Timothy Whitehead mentored Haas during his time at the department. Haas began working as an undergraduate researcher in Whitehead’s lab in 2018, shortly after the professor arrived on campus. Haas helped develop a platform for the purification of ssDNA for genome editing applications.

Noting the student’s success with the project, Whitehead proceeded to assign him more challenging tasks — pivoting to computational research as campus shut down and went to a remote learning model. Haas helped the group with their research into monoclonal antibody therapies designed to fight COVID-19.

“I gave this project to Cyrus because I had faith that he had the intellectual rigor and drive to see this project to actuation,” Whitehead said. “And he did. He learned Python over the summer, learned all of the ins and outs of the experimental method including reading and evaluating the primary literature and the observables, re-developed the code and re-ran experiments that my group had previously performed for other viral and non-viral proteins, and worked hard with a postdoctoral trainee in making the code run seamlessly by non-experts. He has built an intuitive interface that can take input sequencing code and output results using a single Python scripting line.”

Haas thanked several people for supporting him during his time at the Department of Chemical and Biological Engineering.

“I would like to thank my parents, Robert and Romana Haas, and siblings, Roxana and Noah, for their never-ending support and encouragement,” Haas said. “I would also like to thank my peers and friends for all their help in getting me through classes and for reminding me to take the occasional break. Finally, I want to thank Associate Professor Timothy Whitehead for his incredible mentorship and guidance throughout my time in his lab, as well as his two graduate students, Monica Kirby and Irene Francino-Urdaniz, for their support and help with the different projects I have worked on.”

Haas boasts two peer-reviewed research publications from his time here at CU Boulder and placed first in a poster competition at the AIChE National Conference in November. He was also invited to present a poster at the NC State Research Symposium in October 2021.

The Department of Chemical and Biological Engineering will honor the class of 2022 on Thursday, May 5.