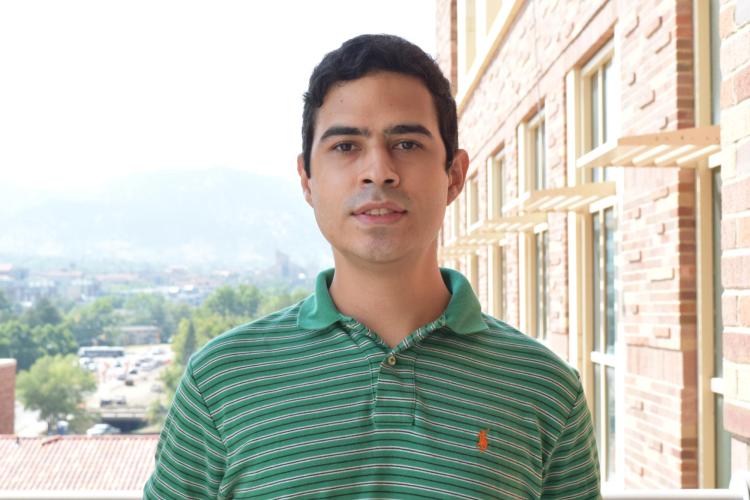 Filipe Henrique is this year’s recipient of the Dwight E. and Jessie D. Ryland Endowed Graduate Fellowship from the College of Engineering and Applied Science. This fellowship provides $25,000 to a deserving first-year PhD student working in alternative energy or improved energy utilization and efficiency.

Henrique’s research is focused on improving the energy and power densities of supercapacitors.

“These devices are instrumental in making renewable energy sources feasible because renewable sources are often intermittent, and large-scale energy storage is required to match supply and demand,” Henrique said. “Supercapacitors are currently used for storage in micro power grids, and optimizing their properties will expand their range of applications.”

Henrique is a student in the Laboratory of Interfaces, Flow and Electrokinetics (LIFE) group led by Assistant Professor Ankur Gupta. Gupta has been impressed with Henrique’s research abilities, ability to work independently and the speed with which he was able to internalize the current literature on supercapacitors.

“Because Filipe had no prior background in ion transport modeling, I was truly amazed by the fast pace at which he was able to reproduce the results,” Gupta said. “During our meetings, he comes prepared with a list of questions he wants to discuss and meticulously follows through on everything.”

Gupta said that Henrique developed a novel approach to quantitatively predict the effects of pore-size distribution and electrolyte asymmetry on the performance of supercapacitors, the results of which will soon be published in a peer-reviewed journal.

The Ryland Graduate Fellowship will facilitate the promotion of Henrique’s work, allow him to attend conferences and expand his network of potential collaborators to expand the scope of his research.

“The LIFE Lab has been a great learning environment, as I've had prolific scientific discussions with my colleagues and my advisor,” Henrique said.  “Professor Gupta has also provided continuous assistance and mentoring. I would also like to thank my family for all the support.”