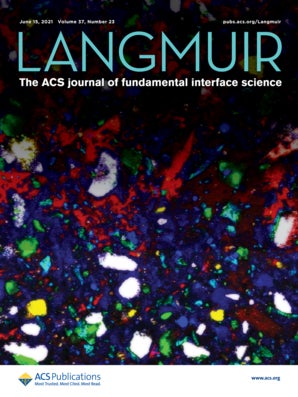 The June issue of Langmuir, the ACS journal of fundamental interface science

Associate Professor Hendrik Heinz earned two prestigious distinctions recently: his election to the Senior Editor position for the ACS journal Langmuir and as a Fellow of the International Association of Advanced Materials (IAAM).

Langmuir, which is published by the American Chemical Society, is the leading chemistry journal focused on “the science and application of systems and materials in which the interface dominates structure and function.”

The journal publishes advances in established concepts as well as novel and emerging research directions. As Senior Editor, Heinz will work with the editorial staff to bring hundreds of manuscripts a year to publication. He will also recruit authors and develop lectures and symposia for the publication’s community of researchers.

“An example of one such promising area is the chemistry of interfaces in cement and sustainable building materials, where we recently contributed an interesting perspective,” Heinz said. “One of my major goals for the journal is to raise its global impact, especially in Asia. At the heart of all our activities is relationship building and excellent service among the authors, referees and readers of Langmuir.”

Hendrik has previously served as an associate editor for the New Journal of Chemistry from 2017-2021 and for RSC Advances from 2015-2017.

“I was elected as a Fellow and invited for the Fellowship lecture to share our advances in precision modeling of biological and nanostructured materials from atoms to the micrometer scale,” Heinz said. “As a fun fact, I still do not know who organized the nomination for me! I had a similar experience when I was elected Fellow of the Royal Society of Chemistry in 2016.”

Heinz points to the simulations he developed with his group to visualize and quantify molecular recognition and assembly of an expansive range of biomaterials and nanomaterials.

“We can consistently cover mixtures of compounds and nanostructures of diverse chemistry across the periodic table using these molecular dynamics simulations,” he said. “We also developed new chemical theory that has allowed us to unite force fields for inorganic compounds with those for organic and biomolecular compounds—which were previously separated—in a singular platform called the Interface Force Field. We also developed reliable parameters for many inorganic compounds that were unavailable previously.”

The methods Heinz describes have greatly increased the accuracy of computational predictions at a significantly reduced computational cost.

“We are the first group to develop and implement such a tool for molecular dynamics simulation, which is critical for computational chemistry and materials science going forward,” he said. “The Interface Force Field is used by academics, companies and government labs, and we are working on efficient ways of integration for the user community, new functionality and integration of data science methods.”