“Kristi Anseth has made fundamental contributions to the field of polymer science and to its application to biological investigation and biomedicine,” said Professor Jeffrey A. Hubbell of the University of Chicago in his nomination letter. 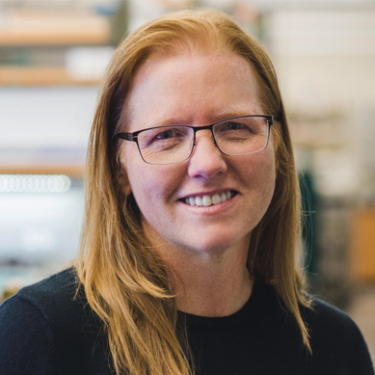 Hubbell went on to cite Anseth’s numerous scientific achievements, including her pioneering of biomaterial cell-culture systems to decipher extracellular matrix signals in tissue research, her work in regenerative biology and medicine, and more.

“Kristi Anseth has been a leader and a pioneer in polymer chemistry,” said Professor Nicolas A. Peppas of the University of Texas, who also nominated Anseth. “The Herman Mark Award recognizes her seminal contributions to the synthesis of novel biopolymer materials that are used in medical and pharmaceutical products.”

The Herman F. Mark Polymer Chemistry Award was created in 1976 to recognize significant scientific achievement and leadership in the field of polymer science. The award is managed by the Division of Polymer Chemistry, Inc. of the ACS. Recipients receive a commemorative plaque, an honorarium of $3,000, and paid travel expenses to the ACS Meeting at which they will be honored.

“This award—which is only given to one person every two years—is a major recognition of Kristi’s truly amazing accomplishments in research and leadership,” said Professor J. Will Medlin, Chair of the Department of Chemical and Biological Engineering. “The list of previous awardees includes some of the most well-known chemists and chemical engineers over the past few decades, including multiple Nobel laureates. Kristi is right at home in this kind of group. We in ChBE are all extremely proud to have Kristi as a colleague.”

Anseth recently received the L’Oreal UNESCO for Women in Science Laureate for North America and is a member of three national academies.

The 2021 award will be presented at the national ACS Meeting, themed around the “Resilience of Chemistry,” taking place August 22-26 in Atlanta.