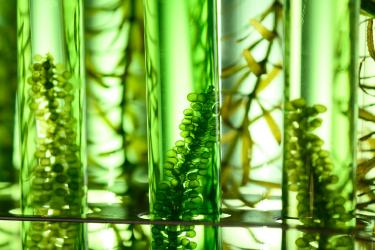 Medlin and his partners at the National Renewable Energy Laboratory, Virent and Shell are the recipients of a U.S. Department of Energy award worth almost $1.8 million for their collaborative Cellulosic-Derived Advantage Jet Fuel project.

Using a novel catalytic processing technology, the team aims to produce fuel from cellulosic-derived sugars—such as those found in wood or agricultural and municipal wastes—that’s comparable and competitive with conventional jet fuel, but far more eco-friendly.

“Here at CU, our main focus is on developing catalysts for the downstream parts of this technology,” Medlin said. “We’re facilitating the final reaction steps needed to produce usable jet fuel.”

Medlin and his partners hope to create fuel sourced from biomass that will replace petroleum-derived fuels used in air travel. Their project aims to create two gallons of biomass-derived fuel that will be rigorously tested and evaluated against conventional fuel.

“The Department of Chemical and Biological Engineering has a history of engagement with NREL and industry in investigating routes from biomass to renewable products,” Medlin said. “For example, our department headed the Colorado Center for Biorefining and Bioproducts, a center that was funded by the state of Colorado and by an industrial consortium for more than a decade.” 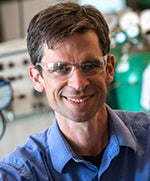 While jet fuel research is a relatively new area for Medlin, the search for new, sustainable and environmentally friendly sources of energy has been an ongoing focus of his. Medlin has worked with the graduate students and postdocs in his group on developing catalytic processes to convert biomass to fuel and other chemicals for almost a decade.

“Biomass conversion is also a fun area to work on because of the inherent challenge in reimagining catalytic process for the ‘sticky,' sugar-like reaction intermediates produced during the process,” Medlin said. “I’m especially excited about this project because aviation is perhaps the sector where biomass can make the biggest long-term impact.”

“The needs of other transportation sectors have strong potential to be met by technologies like electric batteries, but the aviation sector requires sources with high energy density, which typically means a liquid fuel,” Medlin said. “There is a critical need for being able to utilize a renewable carbon source like cellulosic biomass to produce jet fuel.”

The researchers expect their project to be completed—and two gallons of biomass-derived jet fuel ready for testing—within four years.