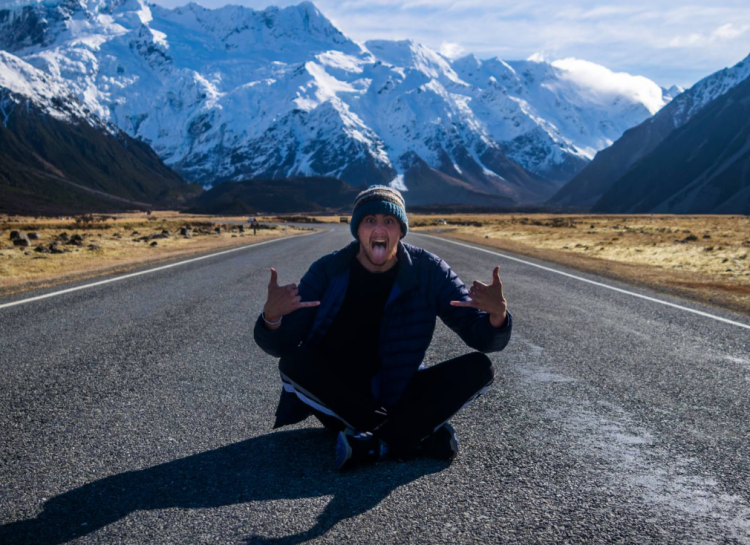 Kupaaikekaiao “Ku” Thomas is the Education Abroad Student of the Year, a special honor given to a CU Boulder student who inspires global citizenship and furthers cultural and international interest and understanding among their fellow students.

In addition to this remarkable award, Thomas is setting a new precedent for chemical engineering students. Leading up to the award, he was the first student in his major to study abroad in back-to-back semesters in two different countries: New Zealand and Singapore.

Chemical engineering is a challenging major without transferring course credit and living abroad, but Thomas credits his development as a professional engineer in part to these experiences navigating college life in other cultures.

“I gained a unique perspective on chemical engineering by learning about new technologies that engineers are developing in other countries, taking technical electives that aren't normally offered at CU Boulder and experiencing different educational systems,” Thomas said.

“I deviate from the stereotypical study-abroad participant as an autistic, mixed-race Native Hawaiian, STEM major from a low-income family. That did not stop me from becoming the first CU Boulder chemical engineer to study abroad for two semesters in two different countries while staying on track for graduation.”

Hailing from Hawaii, Ku was eager to learn more about New Zealand’s Māori culture, which is related to his own heritage.

“I was interested in New Zealand because Māori—New Zealand's indigenous culture—and Hawaiian cultures are closely related,” he said. “They are both Polynesian cultures. Polynesians are linked culturally, linguistically and genetically. Visiting cultural sites and watching haka, or war dances, was great, but learning about Māori culture by interacting with Māori and Pākehā—white New Zealander—students was an even more enriching experience. Learning about another Polynesian culture expanded my views of my own.”

Thomas studied abroad in New Zealand through International Studies Abroad. Allison Ferris, the resident director of ISA in Christchurch, New Zealand, described Ku as one of her most passionate students for his commitment to education and his ability to see opportunity in the face of challenge.

“I did not realize that I could study abroad for a second semester until I found out that foreign equivalents of the only classes that I needed to take during the spring semester, Separation Processes and Kinetics, had been approved in Singapore. I did not know anything about that country other than the bubble gum law and Singapore's academic reputation. After doing some research, I realized that studying abroad in Singapore would also be an interesting experience, especially since I'm part Chinese and Okinawan, and I had never visited an Asian country before.” 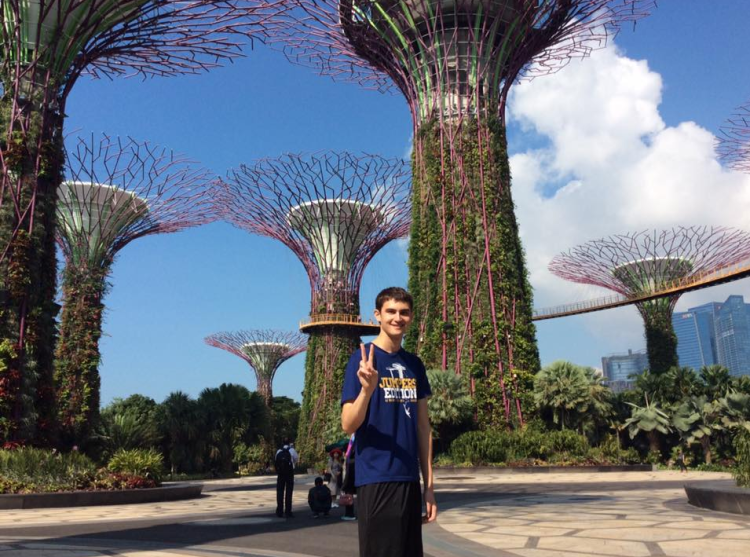 “I nominated Ku because I think it is wonderful that one of our students pushed the boundaries to complete two consecutive study abroad semesters,” Young said. “That had not been done before, was not easy logistically and is a testament to his perseverance and commitment to broadening his cultural understanding. I am proud that a student in an already very difficult major chose to take an even more difficult path in order to experience different cultures and modes of learning.”

Since returning from his overseas experiences, Thomas has become a strong advocate among his fellow students for studying abroad. He volunteers in the ChBE Peer Mentor Program, which matches seniors with first- and second-year students to help them get connected and flourish in the department.

In September, Thomas volunteered at CU Boulder’s Education Abroad Fair where he recommended that attendees consider spending semesters in New Zealand and Singapore. In October, he spoke with students who are set to travel to Singapore as part of CU’s exchange program about academics, local cuisine, culture and other topics. He also will present on his experiences in this fall’s Intro to Chemical Engineering course.

“I thought that studying abroad was a life-changing experience, so I wanted to encourage more students, especially fellow chemical engineers, to leave their comfort zones and participate in amazing opportunities that could enhance their personal and professional lives,” he said.

Thomas was surprised when he learned he had won the award.

“CU Boulder is a large school with lots of students that participate in study abroad, so I was shocked when I received the email notifying me that I had won this award,” he said. “It means a lot to me. I hope that receiving this award enhances my efforts to encourage more students, both engineers and non-engineers, to participate in study abroad.”

The Global Citizen Awards, which includes the Study Abroad Student of the Year Award, was held Nov. 15 at the University Memorial Center.

Thomas will graduate this May and is weighing a few post-graduation options. Graduate school is on his radar, but he may take a gap year to travel and conduct research on Fijian plants before returning to academia.

Global experiences are available for engineering students in every major, from semester study abroad to Global Intensives, international internships and more. Visit the Engineering International Programs page for more info and contact andrew.wingfield@colorado.edu with questions.