Ryan Hayward to join CU Chemical and Biological Engineering in 2020 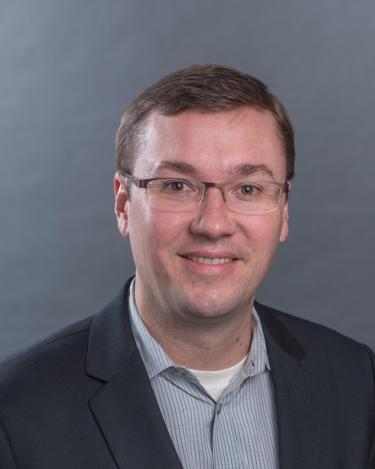 The Department of Chemical and Biological Engineering continues to recruit world-class researchers and educators with the addition of Professor Ryan Hayward to the faculty. Hayward will join the department in August of 2020.

Hayward will bring a unique background and approach to soft materials to CU — with wide-ranging research applications.

“My group is primarily interested in designing responsive, active, and autonomous materials and in tailoring the structure and functionality of materials through frustrated self-assembly,” he said.  “We are broadly interested in materials that autonomously change their behavior and properties based on the conditions under which they are being used, allowing them to improve their performance or avoid being damaged, which has potential relevance for almost everything we use on a daily basis. We are also interested specifically in designing new types of materials for soft robotics, biomedical devices and membranes for applications such as water purification and energy storage.”

“I’m thrilled that Ryan Hayward will be joining us in Chemical and Biological Engineering as a new Full Professor,” said Professor Charles Musgrave, Chair of the Department of Chemical and Biological Engineering. “Ryan’s research on polymer physics, responsive materials and self-assembled nanostructure has been at the very forefront of these areas and we’re excited for him to add to our world-class research in polymers and soft materials. We’re also excited that our students will benefit in the classroom and laboratory from Ryan’s extensive experience in these critically important areas of chemical engineering.”

While Hayward is a world-class researcher and highly sought-after professor, CU offered several unique strengths and partnerships that helped confirm his decision to move to Boulder.

“One of the things that most attracted me to CU was the large number of potential collaborations, not only within ChBE and other departments across campus, but also through the Renewable & Sustainable Energy Institute and the BioFrontiers Institute,” he said. “ChBE is already a world-class program and is on an exciting trajectory of building on that strength in a number of areas, including soft materials.”

That Boulder is close to world-class hiking and skiing — two of his favorite hobbies — is a pleasant bonus.

Previously, Hayward worked as a postdoctoral fellow at Harvard’s Division of Engineering & Applied Sciences and as a visiting professor at the University of California. He has also been an editor for ACS Macro Letters since 2013.