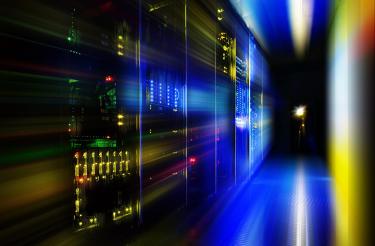 Cutting-edge exascale computers can process a quintillion (a billion-billion) calculations per second, opening up new horizons for simulations research. A researcher at the Department of Chemical and Biological Engineering and her partners are tapping into that power to push their simulations faster and further than ever before.

Professor Christine M. Hrenya is the recipient of a three-year, $720,000 grant as part of the Department of Energy’s Exascale Computing Project. She is the principal investigator on the project, with CU Boulder’s Director of Research Computing Thomas Hauser serving as co-principal investigator. They are working with researchers at the DOE National Energy Technology Lab and DOE Lawrence Berkeley Lab to push particle simulation software into high-speed territory to accelerate their research.

“Our goal is to make the software fast, period,” Hrenya said.

Engineers and researchers often rely on software modeling to explore complex, multiphase chemical reactions. These models and experiments are limited by the processing power of their computer platforms. This grant will fund her team’s efforts to create faster software that can be used on the exascale computing systems due out in 2022.

“We used discrete-particle simulations for decades to better understand processing involving solid particles, but a major hurdle is not being able to simulate the entire unit due to computational overhead,” Hrenya said. “This will allow us to bridge the micro-macro gap, the holy grail of particle simulations.”

Using open-source software, Hrenya and her team have already simulated their first billion-particle case on hardware that approaches exascale’s potential — a feat unheard just a few years ago.

Real-world applications of chemical engineering techniques can have billions or trillions of particles, making them difficult to accurately simulate on standard computers.

“So, with the new exascale hardware and software capability, we will be able to simulate applications that were well out of reach when the grant started.”

Increasing the computing power behind the team’s simulations holds the potential for breakthrough applications in a number of fields — including some that are literally out of this world.

“Once this grant is complete, we want to apply it to a wide range of industrial and natural applications that involve particulate flows — energy synthesis, pharmaceutical processing, pollutant transport, chemical synthesis, avalanches, river sediment transport, ejection of lunar and Martian extraterrestrial soil, and asteroids,” she said.

“The simulations will help not only in design and optimization of a given unit, but also to investigate underlying physics and probe unanswered questions,” Hrenya said.