McGehee hopes to create energy and sustainability ecosystem in Colorado 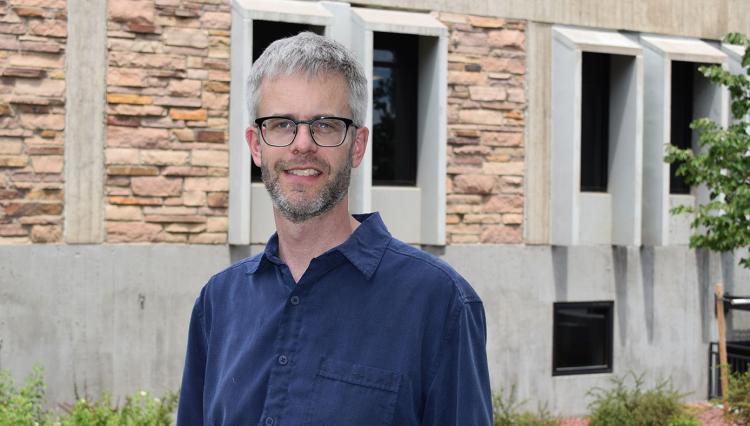 New chemical and biological engineering faculty member Michael McGehee is eager to continue the work he started in clean energy at Stanford University while also looking to the future of the industry as it relates to Boulder and CU Engineering.

McGehee joined the department in June and will start teaching in January. He had served as a faculty member in the materials science and engineering department at Stanford since 2000 after earning a bachelor’s degree in physics from Princeton and a PhD in materials science from the University of California, Santa Barbara.

In addition to campus resources, McGehee said the Front Range and the CU Boulder area are perfect for his work thanks to the presence of several renewable energy companies and the National Renewable Energy Laboratory.

“There is also the interest from the local community in the topic of renewable energy,” he said. “So that kind of makes this whole Front Range area one of the top hubs for renewable energy right now.”

McGehee will continue work on two projects dealing with sustainable energy and technology that could have big impacts on the industry.

The first project deals with perovskite semiconductors and how they can be used to increase efficiency in solar energy cells. The perovskite used in this process is created from salt solutions and offers great light absorption, among other properties prized in a variety of technologies. This has made it an idea material for experimentation, and it is currently the subject of several studies and work at NREL.

McGehee’s work places a perovskite film directly on top of an existing silicon solar cell. The perovskite takes in one part of the light spectrum while the silicon handles another, resulting in higher efficiency overall.

“With that, we can take a 21 percent efficient solar cell and boost it to 25 percent, and that has huge potential in a $40 billion--a-year industry,” he said.

McGehee’s second project deals with dynamically tinted windows, which would change from dark to transparent when voltage is applied. McGehee said this technology could replace traditional blinds by cutting down on glare while still showing everything clearly. The levels can be adjusted from 80 percent all the way down to 0.1 percent transparency, allowing for various levels of privacy. This could make the home environment nicer, for example, by allowing for more natural light in the winter.

McGehee has a long and successful track record with students and he said he is eager to continue that here both inside and outside of his group. Several of his former students were part of the Cyclotron Road incubator in California – a fellowship program that supports entrepreneurial scientists. He would like to bring that model to Colorado based around clean energy and in collaboration with organizations like NREL. McGehee said that kind of work would lead to lasting impacts at the college, local community and state levels.

McGehee also said he was excited to collaborate with other faculty members and would look for ways to do so in the coming months.

“I want to start by getting to know people here. I know through previous experience, when you talk to other researchers multiple times with a completely open mind, research evolves in unexpected ways,” he said. “I am confident we will come up with some exciting projects.”