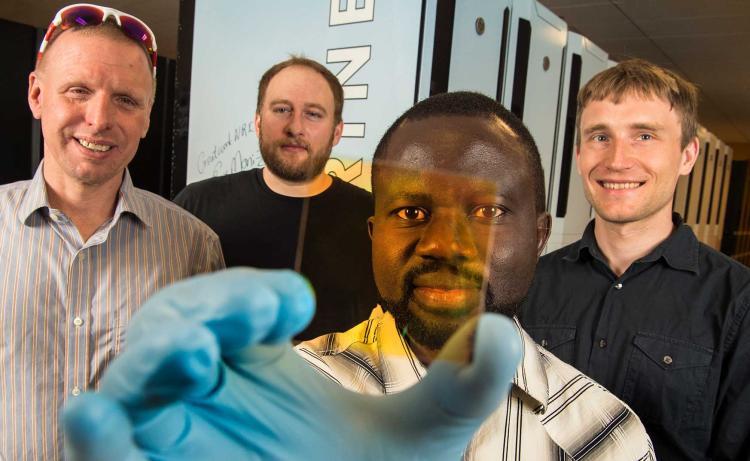 A multi-institutional team led by the U.S. Department of Energy's National Renewable Energy Laboratory discovered a way to create new alloys that could form the basis of next-generation semiconductors.

The team includes corresponding author Aaron Holder, who recently joined the CU Boulder Department of Chemical and Biological Engineering. Holder is a co-PI of the NREL-led Energy Frontiers Research Center, the Center for Next Generation Materials by Design, and will hold a joint appointment between NREL and CU.

Semiconductor alloys already exist  — often made from a combination of materials with similar atomic arrangements — but until now, researchers believed it was unrealistic to make alloys of certain constituents.

"Maybe in the past scientists looked at two materials and said I can't mix those two. What we're saying is think again," Holder said. Holder is corresponding author of a new paper in Science Advances. "There is a way to do it."

Read the entire story from NREL.