Former ChE professor Ronald E. West passed away May 23 after a long battle with Waldenstrom’s macroglobulinemia, a rare lymphoma. Ron taught in the department from 1957 until 1995, developing strong friendships and devoting countless hours to helping students.

“He was always kind and supportive of me, especially in some difficult times, and I will always value that,” recalled Professor David Clough.

Ron co-authored the 5th edition of the Peters and Timmerhaus design text and later co-authored several technology-assessment articles with frequent collaborator Frank Kreith. When asked two years ago about his current ventures, he said he was “having fun contemplating the interpretation of entropy.” It was this fun sense of humor, along with his generous and compassionate nature, for which he was most well-known.

"Ron West embodied everything that an educator should be," said long-time friend Professor Emeritus William Krantz. "His legacy includes the enriched lives of many students who were fortunate to have had him as a teacher and a mentor."

Adored from people around the world, Ron had an enormous extended family that crossed international borders and cultures. He and his wife of 61 years, Marlies Douglas West, were committed to helping others, whether by assisting foreign students to study at CU, starting a Unitarian Universalist Church, or driving forward the Boulder-Dushanbe Tea House project. 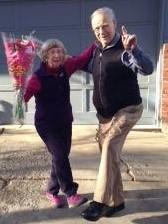 >> Read below a tribute to Ron from Professor Emeritus William Krantz as well as Ron’s full obituary.

I had the pleasure of serving with Professor Ron West on the faculty in the Department of Chemical Engineering from 1968 until 2000. Ron West embodied everything that an educator should be. Ron joined the Department back in 1957 when faculty were hired primarily based on their potential to be good educators. Students always came first with Ron West. He enjoyed both classroom lecturing and student mentoring. The students really loved Professor Ron West because he truly cared about them. He was always available to help them when they needed. Ron West led the advance of the Department in introducing computer-based computation into the curriculum. I can remember a time when Ron West was the only faculty member in the Department who knew anything about using the emerging power of the computer to enhance our curriculum. Although Ron West’s first interest was the students, he was a brilliant engineer. I teamed up with him to do a consulting job involving a disastrous explosion at one of the intercontinental ballistic missile silos in Kansas. We correctly diagnosed what caused this disaster in just nine days. We were told that our results confirmed exactly what a team of 16 engineers and scientists found out after nine months of dedicated effort! Ron West’s knowledge of thermodynamics is what helped us crack this problem so quickly. Ron West could have been an academic with hundreds of publications. He chose to focus on excellent teaching, student mentoring, and pedagogical development. His legacy includes the enriched lives of many students who were fortunate to have had him as a teacher and a mentor.

Ronald Emmett West, lovingly known as Hoppa, passed from this life on May 23, 2016 at 4:47 AM surrounded by his beloved family. His death came after 5 months of a recurrence of Waldenstrom’s macroglobulinemia, a rare lymphoma he had miraculously overcome sixteen years prior. His family and community rallied with great devotion to support him. Adoration was sent from many parts of the world, and all over the country, and some friends and family flew in to have time with him.

Ron was born September 7, 1933 in his parents’ Harold and Lodema West’s home in Rosebush, Michigan. Ron attended a one-room schoolhouse in Rosebush; he was asked by his teacher to help teach the younger children in his last few years there. From there he attended Mt. Pleasant High School in nearby Mt. Pleasant, Michigan. He excelled in high school, especially in chemistry and the sciences, and played football, although it seems he mostly played from the bench for the Oilers.

Upon graduating in 1950, Ron journeyed to Ann Arbor, Michigan to attend the University of Michigan. During his four years of undergraduate work, Ron continued to excel and focused on Chemical Engineering. A momentous event occurred the next year, when Ron went on a blind date and met the love of his life, Peggy Marlies Douglas. On June 16, 1955 Ron and Marlies were joined in marriage in Elkhart, Indiana, Marlies’ hometown.

Marlies’ parents, Rex and Betty, encouraged Ron to continue his work at Michigan where he went on earn his Master’s degree and PhD in 1957. He was the youngest to graduate from Michigan with a PhD in Chemical Engineering at that point. Upon graduating, Ron received many job offers and following a professor’s advice applied for a teaching job at the University of Colorado in Boulder. During the summer of 1957, the future professor Ron and the expecting Marlies packed up and left the Midwest for new adventures in the Wild West.

Once Ron and Marlies came to Boulder they fell in love with it. A mere 5 months into their life in Colorado, Sonya Elizabeth West (Sonny) was born on January 14, 1958. Ron and Marlies fell in love with their new daughter. Sonny was followed by her brothers, Rex (1960) and Stephen (1961). Ron was a diligent and dedicated educator, working day and night. As their children grew, Ron and Marlies became involved in local politics and in starting a Unitarian Universalist Church, which still exists today on Pennsylvania Avenue. They shared their passion for travel with their family, and in 1965, Ron took his first sabbatical and did research for DuPont in Wilmington, Delaware. While there, the family explored the whole East Coast. Ron took a second sabbatical at the University of California at Santa Barbara in 1970. There he worked on developing new methods for cleaning up oil spills in the wake of the Santa Barbara oil spill of 1969.

Ron’s work covered many areas of Chemical Engineering, but what was most important to him was sharing his wisdom and experience with his students and partnering with many people on environmentally-focused projects. Most important has been his long-term friendship and research with his great friend Frank Kreith. Together, they wrote a number of important and oft-used textbooks. Ron worked hard to support many students in succeeding, especially international students. Most importantly, he assisted several students in coming from other countries to study at CU. Primarily Mingying Zhou from China and Kalyan Tadikonda from India benefited from Ron’s and Marlies’s support, generosity, and kindness, becoming family members of the extended West clan.

Ron and Marlies also took sabbaticals in Turkey (twice) and Hungary. Turkey became their adopted country, as they fell in love with the culture (modern and ancient), the food, and, above all, the Turkish people while they lived in Istanbul and Izmir. They met some of their dearest friends in Turkey, including Ron’s good friend Dr. Ali Beba and his family.

Ron’s other passions included the Denver Broncos, donuts, his beloved dogs (Winnie, Bebek, Simit, and Rumi), travel, history, archeology, learning about all cultures and people, and above all, his family. Ron was the consummate family man; he and Marlies created a tightly-knit family that included an extended family crossing international borders and cultures.

Wherever Ron and Marlies were, whether exploring fascinating places such as India, Mongolia, Syria and Iran, or acting as driving forces behind the Boulder-Dushanbe Tea House project, they sowed seeds of love, friendship, kindness, and compassion. Hoppa will always be fondly remembered for his keen understanding of what was most important to the children in his life, putting everything else aside to play with abandon.

While creating such a legacy, he always found time to play catch with his sons, support his daughter's love of horses, dive whole-heartedly into his grandchildren's imaginative play, and revel in puns, palindromes and puzzles with his family. But, better still, was his generosity of spirit, whether shone brilliantly on his four grandchildren or quietly, anonymously on people in need both near and far. His overtures of saintly giving he never spoke of, and we continue to learn of gestures of compassionate love and simple generosity.

There will be a service celebrating Ron’s wonderful life on July 24, 2016 at the Unitarian Universalist Church, 5001 Pennsylvania Ave., Boulder, from 3pm-4:30pm. We, his family, ask that you might bow your heads or hold your hands to your heart or tell a good-natured joke in his memory. Ron requested donations be made in his name to the Ronald E. West Undergraduate Fund at the University of Colorado. Checks should be made out to: University of Colorado Foundation; 'For' line: either Ronald E. West Undergraduate Fund, or #0154303. They can be sent to University of Colorado College of Engineering and Applied Science; Advancement Office; 422 UCB; Boulder 80309.