Al Weimer: A Professor Worth Duplicating 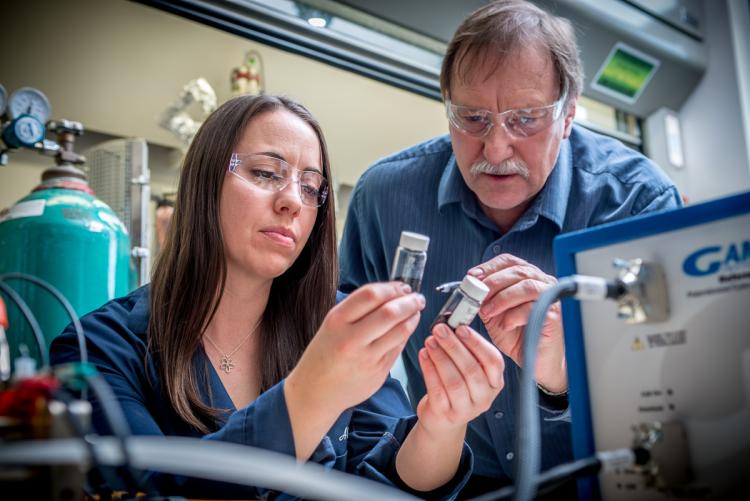 “That’s the professional achievement I am probably most proud of: figuring out how to make ultrafine tungsten carbide (WC) powders which allowed for sharper and tougher long-lasting micro drill bits without flaws,” said Weimer. “It was the 1980s and my first major challenge where I was told I couldn’t do something even though I understood the fundamentals well and knew it would work.”

Despite resistance from his bosses, he determinedly carried on and modified the process in a pilot plant to make his product. Just 18 months later, a commercial plant was up and running. For his efforts, Weimer was named Dow Inventor of The Year, received Dow’s Excellence in Science Award, and was promoted to Associate Scientist.

After 16 years at Dow, Weimer left Dow for CU where he continued his research in the areas of high temperature chemistry – but using concentrated sunlight instead of electricity – and fine particle processing, specifically atomic layer deposition. The WC particle production process which he had developed at Dow was later sold to Sandvik AG, the largest producer of high-end cutting tools in the world.

“I moved to academia in 1996 because I wanted more research opportunities,” said Weimer. “At CU I work harder but it’s more enjoyable because I’m working for people and not a company’s bottom line.”

With the largest academic solarthermal chemical processing (STCP) research group in the U.S. and the second largest center in the world, Weimer is a leading expert on concentrating sunlight to heat reactors to upwards of 1650 degrees Celsius. These temperatures allow for reactions such as splitting water to obtain hydrogen and low pressure carbothermal reduction to make magnesium metal for lightweight vehicles.

Moreover, Weimer’s group has the world’s only hybrid solar electric receiver, which means they can operate continuously using either concentrated sunlight or electricity. This is a major opportunity for non-intermittent solarthermal chemical processing.

One particular solarthermal chemistry application of interest to the Department of Energy is the synthesis of low-cost renewable ammonia. ”Because many solar facilities are remote, transporting electricity or hydrogen is not viable,” explained Weimer. “However, making an intermediate such as ammonia which can be transported as a liquid and converted/used for fuel or as a renewable fertilizer is a significant technical opportunity.” 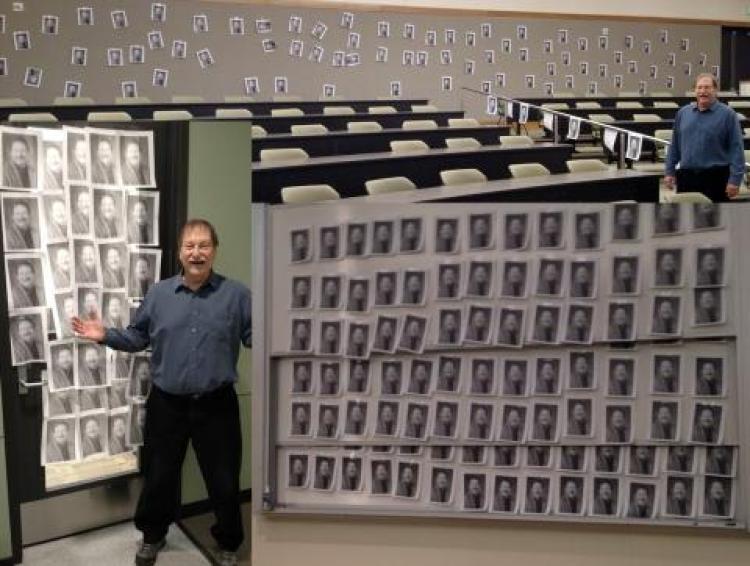 In addition to his solarthermal chemical processing work, Weimer is a world leader in atomic layer deposition (ALD), winning the 2015 AIChE Nanoscale Science and Engineering Forum Award. He has spun off a company – ALD Nanosolutions – that specializes in coating small particles or surfaces with ultrathin layers. ALD coatings can improve batteries, lighting, 3D printing, catalysts and many other applications which Weimer believes are yet to be discovered.

For instance, lithium ion battery cycle-ability is improved if coated with a thin film. In lighting applications, the same brightness can be achieved using roughly 75 percent of the energy with an ALD film to passivate the active lighting phosphors or quantum dots. In 3D printing, thin ALD films can prevent active metal nanocatalyst particles from sintering and deactivating.

In yet another application, Weimer is collaborating with Professors Ted Randolph and Bob Garcea to stabilize vaccines by coating them at low temperature. This allows for passivation and controlled-release of the drug into the body.

With his focus on real-life applications and industrial experience, Weimer has become a beloved Design teacher.

“Professor Weimer really motivated and inspired us to finish out our senior year strong,” said recent graduate Ben Mousseau. “When I look back at my time at CU, he will be one of the professors that I will always remember because of his passion to see students succeed.”

As a show of their appreciation, Weimer’s design students hung his picture all over the walls, doors, classrooms, and even bathrooms of the biotechnology building at the end of the spring semester.

“I’m proud of those students in my class,” he said. “They worked incredibly hard and learned an incredible amount.”

One future project of Weimer’s is to write the 6th edition of the famous Peters and Timmerhaus design text, Plant Design and Economics for Chemical Engineers, which was last revised in 2001.

“I promised Klaus (Timmerhaus) that I’d do this before he passed away and I am determined to keep my promise,” said Weimer.