After leaving CU, chemical and chemical & biological engineering students embark on a wide variety of career paths. By contacting students and using LinkedIn, we followed the undergraduate and graduate students who graduated during the 2013-14 CU fiscal year (summer 2013, fall 2013 and spring 2014). 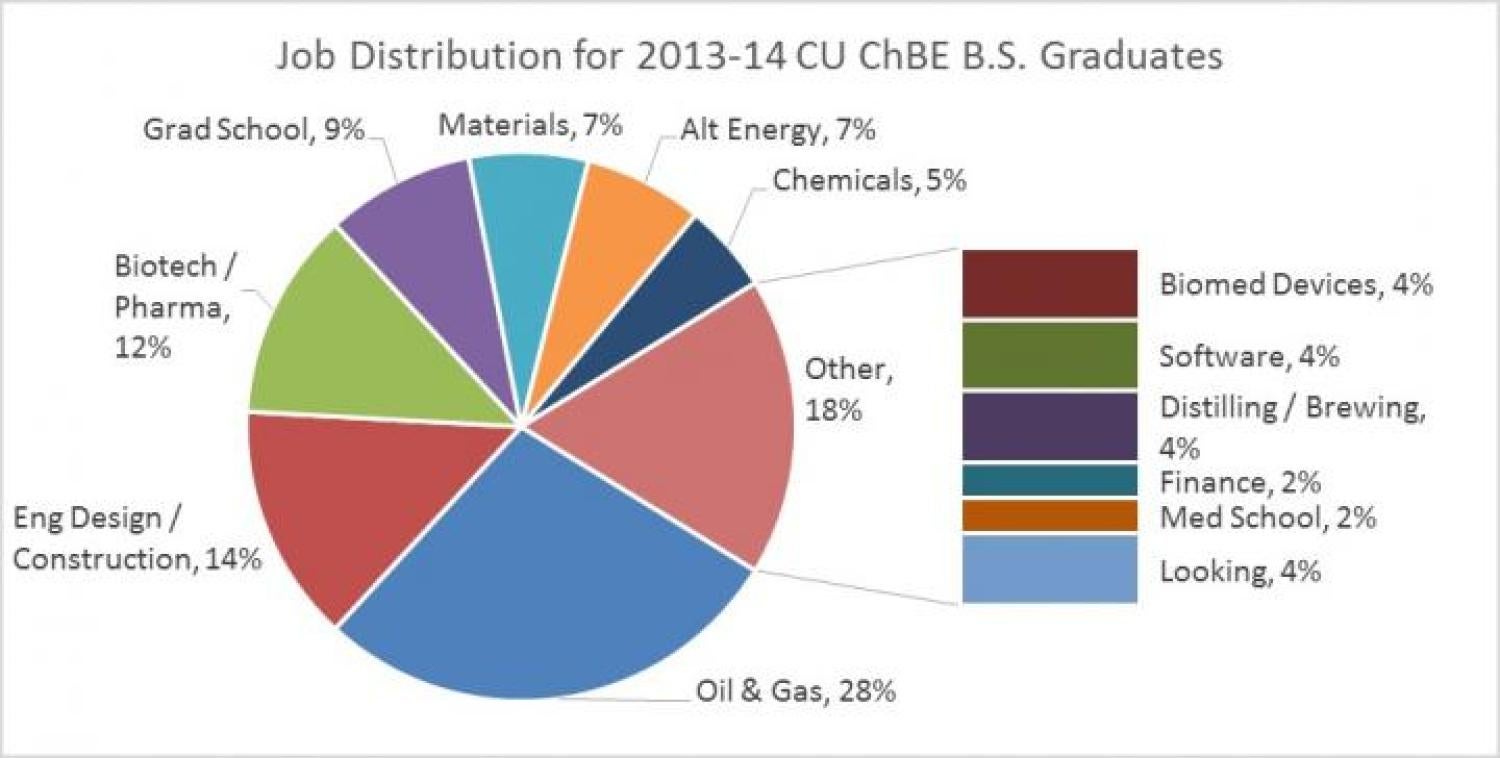 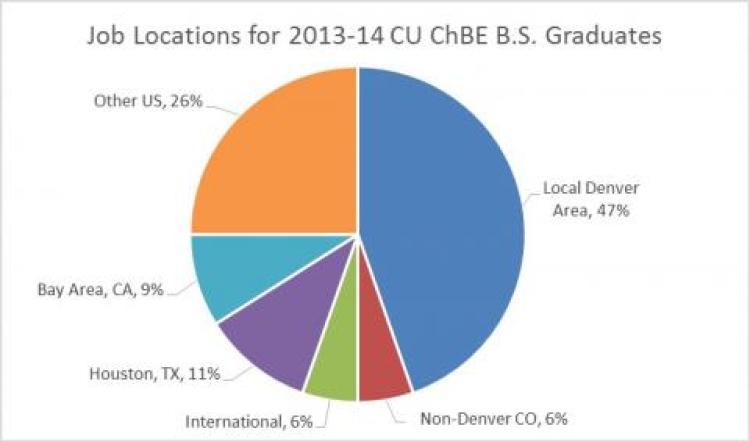 Post-CU job data were collected for 62 percent of the 92 graduating BS students; the current occupations of the remaining 38 percent are unknown. The field distribution is given above. Traditional oil and gas was most popular by a wide majority, followed by engineering design/construction and biotechnology/pharmaceutical. Nine percent of BS graduates headed directly to graduate school, while two percent headed to medical school. In contrast, the percentage of ChBE students headed to graduate school during academic years 2010-2012 ranged between 10 percent to 22 percent.*

Half of the undergraduate students graduating in 2013-14 stayed close to CU, with 45 percent staying in the greater Denver metro area and another five percent remaining in Colorado. This is a marked increase from the 33 percent - 41 percent who remained in Colorado after graduating in 2011-2012, but less than the 63 percent who remained in CO in 2010.* Houston, TX (eleven percent) and the San Francisco Bay area (nine percent) were also large hubs for the most recent class. Six percent of ChBE students chose to work internationally in countries such as Germany, France and Saudi Arabia. 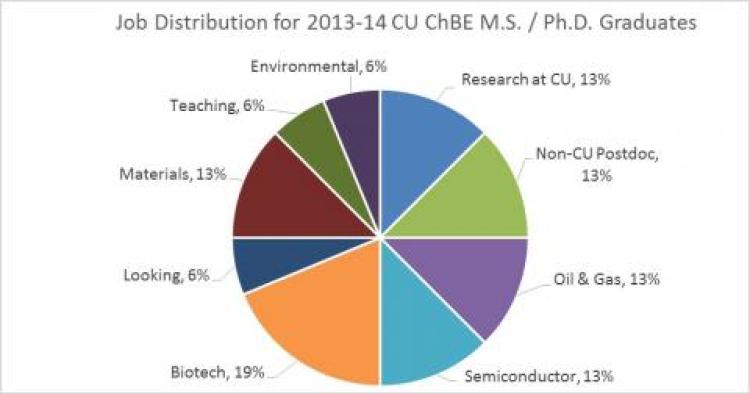 The job distribution for graduate students was much more evenly spread than for undergraduates. Data were gathered on 89 percent of the 18 graduating M.S./Ph.D. ChBE students. Biotechnology jobs and postdoc positions proved the most popular, followed by jobs in the semiconductor, materials, and oil & gas fields.

* Results from the post-graduate survey conducted by the College of Engineering and Applied Sciences 6-8 months after graduation.