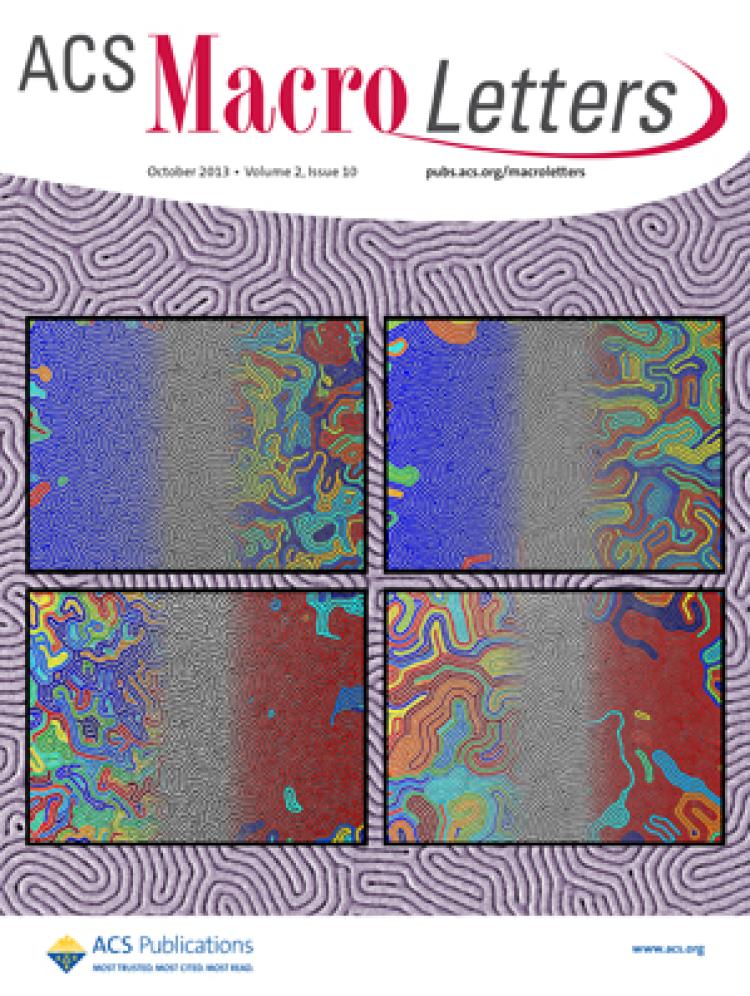 The research of Assistant Professor Mark Stoykovich on solvent annealing of block copolymer thin films was recently featured on the cover of ACS Macro Letters.

In the paper, Stoykovich and his group compare the effects of solvent versus thermal annealing techniques on the two-dimensional network topology of lamellae self-assembled by polystyrene-block-poly(methyl methacrylate) block copolymers in thin films.

The mixed solvent annealing method described in the paper was found to reduce the overall defect density. Additionally, the persistence length of the lamellar domains was found to be 2-3 times greater for the solvent annealed films than for those thermally annealed.

Pictured on the cover are scanning electron micrographs indicating the network topology of the lamellar morphology formed by poly(styrene-block-methylmethacrylate) copolymers in thin films.