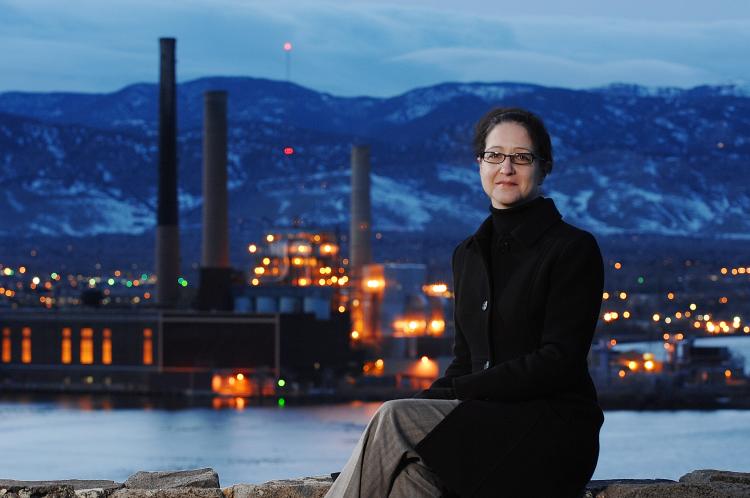 Professor Christine Hrenya was recently awarded $450K from the Department of Energy (DOE) to investigate the use of solid particles as a heat transfer fluid in concentrating solar power (CSP) plants.

Funding for the project comes from the DOE’s Bridging Research Interactions through collaborative Development Grants in Energy (BRIDGE) program.  The BRIDGE program is one effort of the SunShot Initiative, which seeks to make solar energy from CSP plants cost-competitive (6¢/kWh) with other forms of electricity by the end of the decade.

A major challenge associated with the design of receivers utilizing novel granular materials is the complexities associated with the coupled flow and heat transfer of the particles.  Hrenya and her team plan to use predictions from fundamental continuum models to design and optimize the systems.

Due to the complexity of the models, significant computing power will be employed.  This DOE award will be leveraging the Titan supercomputer at Oak Ridge National Lab (ORNL), which in November 2012 was named the world's fastest computer.Collaborators for the project includeDr. Zhiwen Ma (NREL), Dr. Tom O'Brien, andDr. Sreekanth Pannala (ORNL).