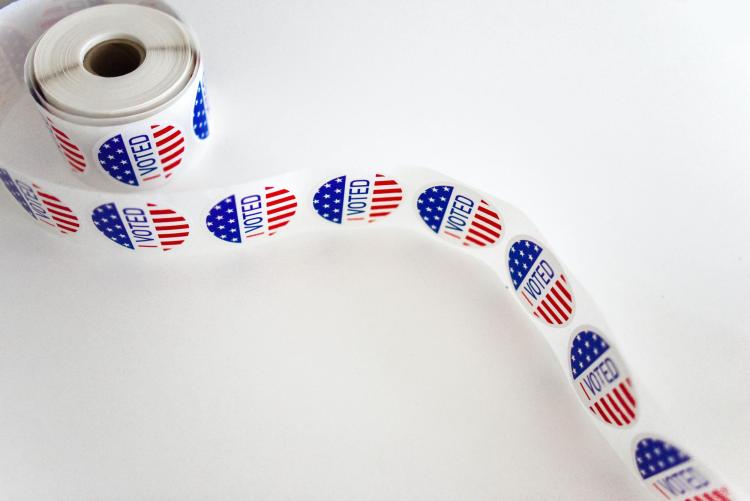 As the 2020 presidential election ramps up, experts from CU Boulder are available to discuss various aspects of this historic race.

Anand Sokhey, associate professor of political science and director of the American Politics Research Lab, can discuss the recently released Colorado Political Climate Survey, which polled Coloradans and likely voters about the 2020 election. As author of the new book, “Politics on Display: Yard Signs and the Politicization of Social Spaces,” he can also discuss the science behind yard signs.

Liz Skewes is the journalism department chair at the College of Media, Communication and Information. She has covered several presidential campaigns as a journalist and can discuss the unique 2020 campaign season, COVID-19’s impacts on the campaign trail, the debates and how well journalists are covering the candidates.

Kenneth Bickers, chair of the Department of Political Science, will be available to discuss results of statewide ballot measures, the U.S. Senate race and the presidential race on election night and in the subsequent days. Bickers teaches Campaigns and Elections at CU Boulder and studies state and local campaigns and the impact of federal policy on state and local governments.

Jennifer Hendricks, professor of law at the University of Colorado Law School, is teaching a course on the national popular vote movement and the Electoral College during Colorado Law’s Mini Law School. She can explain both ideas and how they could play into the 2020 election. As a practicing lawyer, Hendricks has successfully challenged illegal voter-redistricting and vote-counting.

Jennifer Ho, professor of ethnic studies and daughter of a Chinese-Jamaican mother, grew up in the San Francisco Bay Area and has followed Sen. Kamala Harris’ political ascendency from her time in the Alameda County District Attorney’s office. Based on her specialization in Asian American studies, Ho can speak about the issues and opportunities mixed race Asian Americans face and how these may impact Sen. Harris in her campaign.

Celeste Montoya, associate professor of women and gender studies, studies how women and ethnic minorities mobilize to affect social and political change. She can discuss the 2020 presidential election, the candidates and the social movements shaping the campaigns, as well as voting rights and voter suppression.

Hillary Potter, associate professor of ethnic studies, can speak on what it means for Biden’s running mate to be the first Black and South Asian woman on a major party ticket, and for her also to be a Black candidate who has practiced prosecutorial law.

Paul Sutter, a U.S. history professor, can discuss the historical significance of Kamala Harris as the first Black woman on a major party ticket.

Shivakant Mishra, associate professor of computer science, is an expert in cybersecurity and online misbehavior. He can discuss recent research focusing on how a notorious Russian troll farm sought to meddle in the 2016 president election—and what those activities mean for the current election.

Craig Konnoth, associate professor at the University of Colorado Law School, focuses on health and civil rights law. He can speak about the potential impact of a newly rebalanced court on upcoming cases including challenges to the Affordable Care Act and Roe v. Wade. He can also speak to Fulton v. City of Philadelphia, a case with similarities to the Masterpiece Cakeshop case, for which Konnoth wrote an amicus brief.

Scott Skinner-Thompson, an associate professor at Colorado Law. He focuses on constitutional law, civil rights and privacy law, with a particular focus on LGBTQ and HIV issues. He can talk also talk about the Affordable Care Act, Roe v. Wade and about various civil rights issues.

Joanna Lambert, professor in environmental studies, studies carnivore conservation and coexistence in the western U.S. and can speak about Colorado Proposition 114, the Gray Wolf Reintroduction Initiative. She is also available to discuss the Trump administration’s recent decision to remove federal protections for gray wolves in the United States.