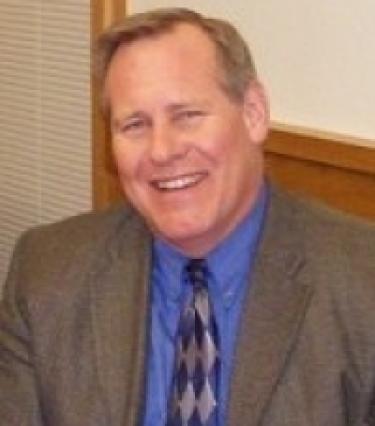 KENNETH BICKERS joined the faculty at CU-Boulder in 2003. He received his Ph.D. from the University of Wisconsin-Madison in 1988 and his BA from TCU in Fort Worth in 1981. His first position out of graduate school was at Rice University. During 1991-92, he was a visiting scholar at the LaFollette Institute of Public Affairs at the University of Wisconsin. From 1992-2003, he was on the faculty at Indiana University, where he was an Associate Director of the Workshop in Political Theory and Policy Analysis. He has twice won University-wide teaching awards. He has published articles in numerous journals, including the American Journal of Political Science, Journal of Politics, Public Choice, Administration and Society, and the Journal of Conflict Resolution. His most recent books include Public Policy Analysis: A Political Economy Approach, with John Williams (Houghton Mifflin, 2001) and Perpetuating the Pork Barrel: Policy Subsystems and American Democracy, with Robert M. Stein (Cambridge University Press, 1995).

His current research is progressing on a number of fronts. In one, he is focusing on the consequences of devolution of federal policy activities to states and local communities. This stream of research includes the impact of federal spending on choices made by local governments to engage in forms of cooperation and non-cooperation, as well as the relationship between interlocal cooperation and electoral politics within metropolitan areas. In the second, he is studying he campaigns and elections of candidates for local offices. This research, referred to as the Local Government Elections Project, is an ongoing investigation of the recruitment and campaigns of local office holders who populate local and state offices. Surveys are being conducted in numerous states, selected to have a broad diversity of jurisdictions of differing sizes and composition, as well as a mix of single-member ward style districts and at-large districts, partisan versus nonpartisan elections, and term limited and non-term limited positions. The third stream of research is an exploration of the relationship between residential mobility and local politics. These papers examine sorting of residents into local jurisdictions based upon race/ethnicity and the mix of local collective goods and services. These papers ask about the tradeoffs between institutions for voice and the resort to mobility for residents who seek improvements in the mix of local goods and services.

State and local governments are once again emerging as engines of policymaking in America. For several decades, governments at this level often have been treated as backwaters of American democracy. But with Washington suffering from persistent gridlock and escalating deficits, the locus of policy experimentation in the US has relocated in recent years to city halls, county courthouses, and state capitols.

The Local Government Elections Project is designed to direct scholarly attention to the recruitment and campaigns of office holders who populate local offices. The goal is to begin collecting and analyzing systematic data on the campaign dynamics of campaigns for local office.  In fall 2008, my students and I surveyed candidates for county commission seats across Colorado. In fall 2009, this data collection effort was extended to candidates for county offices, city council, mayoral, and school board races in six states: Florida, Georgia (Atlanta metro area only), Iowa, Pennsylvania, Virginia, and Washington. These states and races include jurisdictions of vastly differing sizes (both in population and geography) and elective offices with varying sets of responsibilities. They also present a mix of single-member ward style districts and at-large districts, partisan versus non-partisan elections, and term limited and non-term limited positions.

The project began in the spring of 2007 in a University of Colorado at Boulder classroom with a group of my undergraduates taking a special topics course on campaigns and elections. For their research papers, each student in the class agreed to conduct a pair of interviews with a successful and unsuccessful candidate who had run for the same seat in a city council or mayoral election in one of the general purpose municipalities along Colorado’s Front Range, which includes most of cities in the state. The results of the interviews, after masking candidate and city names, were put onto a class website and became the database for all of the papers that the students wrote.

While the final number of interviews available was relatively small, the students arrived at several unexpected findings. One was that in jurisdictions where populations are quite small, money not only does not predict campaign success but may be a deterrent to success. Another – and it is possible that this is the explanation for the lack of a finding about money in small population jurisdictions – is that the biggest determinant of success appeared to be the amount of time candidates spent canvassing households door-to-door. Another finding of note: incumbency provided almost no advantage in producing electoral success. These findings all suggested that there is something profoundly different about these local races than what the conventional wisdom, most of which is derived from the study of congressional and presidential elections, would suggest. These findings from the student research papers, and the success of the class more generally, were largely responsible for motivating this project.

This was a survey of county commission candidates in the state of Colorado during the 2008 general election. This was the first relatively large scale survey of local candidates stemming from the current project.  This study also did not find that money correlated with electoral success.  Interestingly door-to-door canvassing also did not, though this may have been due to the much larger scale of counties as electoral jurisdictions than was the case in city council districts, most of which are quite small. The key factors of electoral success were found to be three-fold: candidates of the same partisan affiliation as the plurality of voters in the county; incumbency (which is interesting because that information is not on the ballot and these races are typically considered “low information” races); and recruitment of the candidate to run for the office by other elected officials.  Full results of this survey can be found in the attached paper by David Dorey, a paper that became his Senior Honors Thesis, earning him the highest level of Honors conferred by the University of Colorado. Dave is now a law student at the University of Pennsylvania.

This was a study of candidates running against at least one opponent during the November 2009 election cycle in the states of Florida, Iowa, Pennsylvania, Virginia, and Washington, and the city of Atlanta. We focused on the following items:

This survey took two forms.  In cases where we were able to obtain email addresses of candidates, we used Survey Monkey, which is a web-based product.  In other cases, we relied on home addresses and sent paper questionnaires by mail. The survey instruments were identical in every possible respect, except for the method of questionnaire delivery. We received Survey Monkey responses back from 314 candidates, which was a return rate of 27% of non-bounced and non-opt out email addresses. We received mail questionnaires back from 187 candidates, which was a return rate of 44.5% of deliverable mail packets.  After the election, we coded vote returns for our respondents, resulting in 499 cases containing information from the questionnaires that were matched to election returns (two questionnaires could not be matched to election returns).

We are just now in the process of analyzing findings from the 2009 surveys.  One paper, coauthored by Ken Bickers and two PhD students, Sara Hagedorn Calvert and Rose Wilson, focuses on first time winners.  This paper is attached to this website.  Other papers analyzing these survey data are in process and will be posted as they become available.

Candidate surveys for the 2010 general elections are being conducted in six states: California, Colorado, Florida, Ohio, Virginia, and Washington State.

Colorado was the site of the pilot study in 2008, and involved surveys only of county commission candidates. In 2010, we once again are surveying Colorado county commission races. This year, however, we will also be surveying candidates running in contested races for the full set of county offices across Colorado, including sheriff, clerk, assessors, and other offices. The two new states for this year are California and Ohio. Candidates running for local offices in Florida, Virginia, and Washington State were surveyed in 2009. By returning to these states in 2010, we are able to “control” for state effects, while picking up different types of local offices that are generally elected in even years as compared to those that are elected in odd years.

For 2010, we are experimenting with a different method of contacting and surveying candidates. We are sending a letter by surface mail with the explanation about the study. This letter will be followed a few days later with an email that contains a link to the survey instrument. The hope is that this will combine the higher response rate of mail surveys, with the ease of administration and reduced costs of web-based surveys.

One other note about the 2010 Candidate Surveys. The team of students involved in the project is growing. Sara Hagedorn, Rose Wilson, and Sean Planchard are continuing with the project. Josh Kennedy and Ana Leon have also signed on. Sara and Rose are now third year graduate students, as is Josh. Ana is a second year graduate student. Sean is now a senior. He will be using the survey data for his Senior Honors Thesis.

Summary findings and papers are being posted to this site as they become available. For respondents to the surveys that have indicated an interest in being notified of updates, we will send emails when new findings or reports are posted to this website. For additional information, please contact Professor Kenneth Bickers, via phone or email, using the contact information above. 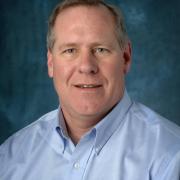 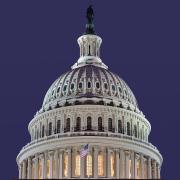 Listen to Professor Ken Bickers speak about the upcoming election.
Return to the top of the page