“We see a pretty consistent Democratic lead across all of these races,” said Anand Sokhey, director of the nonpartisan American Politics Research Lab, which released its Fifth Annual Colorado Political Climate Survey today. “But the gender gaps are enormous.”

The online poll of 800 Colorado residents, conducted Oct. 5-9 before ballots were mailed, also surveyed participants about several ballot measures and a variety of issues, including the nomination of a new Supreme Court justice, trust in mail-in ballots and faith in the electoral process. It found that while the majority of Coloradans are confident the elections will be conducted fairly, three-quarters are worried about violence on or after Election Day.

“A couple of years ago, I wouldn’t have even thought to have included a question like that,” said Sokhey, an associate professor of political science. “Those numbers are a little stunning.”

Biden and Hickenlooper in the lead

70% have confidence in mail-in voting

54% believe the elections will be conducted fairly and accurately

Among women, 56% support Biden and 33% support Trump. Among men, Trump is in the lead, with 43% compared to Biden’s 39%.The U.S. Senate race shows similar patterns, with Hickenlooper holding an 8-point lead over Sen. Cory Gardner among likely voters, and 11% undecided.  Among women, Hickenlooper has a 15-point lead, but among men, the votes are split down the middle.

“You have seen a growing division for a while in which female voters are responding negatively to Trump’s leadership and rhetoric, and that is spilling down to some of the other races,” said Sokhey. “It appears the female vote could play a very important part in this election.”

Abortion measure ‘too close to call’

Proposition 113, which would affirm Colorado’s entrance into the National Popular Vote Interstate Compact, appears to have a comfortable lead for now, with 49% of likely voters in favor and 34% opposed, the survey found.

Proposition 118, which would create a paid family and medical leave act allowing up to 12 weeks off, enjoys a sizable lead, with 65% of likely voters intending to vote for it, while 22% said they’d vote ‘no.’

Meanwhile, Proposition 115, which would prohibit abortions after 22 weeks gestational age was “too close to call,” the survey found, with 45% opposing it and 41% supporting it.

Notably, for all three measures, many likely voters (13% to 17%, depending on the item) hadn’t made up their mind.

“I think there’s plenty of time for the ballot measure campaigns to reach people,” said Sokhey. “People are definitely still making up their minds.”

When polled on matters related to the U.S. Supreme Court and confidence in the electoral process, Coloradans split largely on party lines.

A series of questions addressing confidence in the electoral process yielded mixed results:

Two thirds of those surveyed said they had confidence in the mail-in voting system, including 82% of Democrats, 59% of Republicans and 62% of independents. A majority of Coloradans agreed that the coming elections will be “conducted fairly and accurately.” Yet only 57% agreed that if their preferred candidate did not win, they would view the winner as legitimate.

Interestingly, 71% of likely Colorado voters said they are worried about violence on or after Election Day in other parts of the country.

“We have seen an uptick in rhetoric and hyper-partisanship and that has people concerned,” said Sokhey.

This is the fourth year the American Politics Research Lab has contracted with public opinion company YouGov to administer the survey to a representative sample of Coloradans.  In past years the poll has been generally accurate in calling races and ballot measures -- for example, in 2018 the poll accurately predicted a win for Governor Jared Polis.

The partisan splits – on the weighted data – are based on respondents’ self-reported partisanship at the time of the survey, using a 7-point scale. The researchers combined “leaning partisans” with stronger partisans. “A lot of research has shown that leaning independents actually act like partisans,” said Sokhey, explaining that the number of “pure independents” in Colorado is likely considerably lower than the 40% of voters who appear as unaffiliated in the voter rolls.

Big picture, Colorado looks to be neither a bright blue state or a bright red state, but rather some shade of purple. And, as a state with a six-year history of mail-in voting and a key Senate seat at play, it is now in the national spotlight.

“This time around, there are a lot of eyes on Colorado,” said Sokhey. 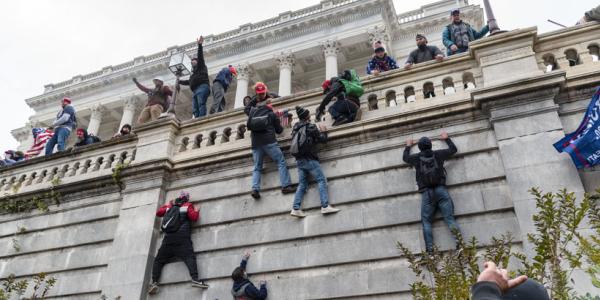 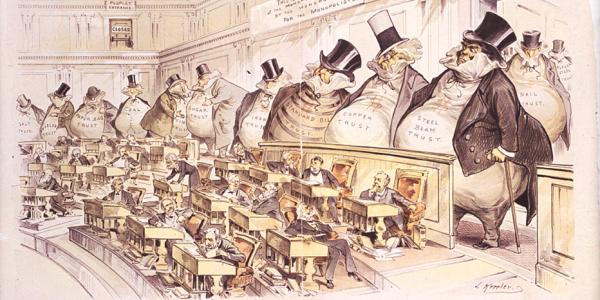 Historian Vilja Hulden, who is conducting a sweeping analysis of congressional lobbying from 1877 onward, has landed a major fellowship that will support her research. END_OF_DOCUMENT_TOKEN_TO_BE_REPLACED 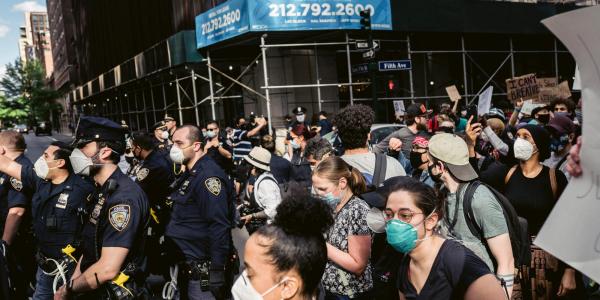 Law Professor Benjamin Levin discusses the relationship between the COVID-19 pandemic and criminal justice reform, police unions and their role in policymaking, and mass incarceration in the United States. END_OF_DOCUMENT_TOKEN_TO_BE_REPLACED
Return to the top of the page