The History of Philosophy Group meets regularly to hear and discuss work in progress by various faculty members and graduate students working in the history of philosophy at CU Boulder, including ancient philosophy, medieval philosophy, and early modern philosophy. 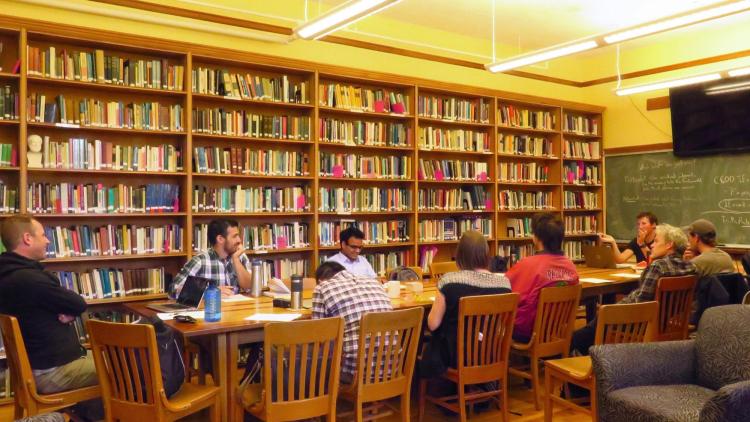 Abstract: Blaise Pascal’s most famous contribution to philosophy is his “wager” argument, which aims to convince non-believers that it is in their interest to try to believe despite lacking convincing evidence. Less attention has been paid to what happens before the wager, or why Pascal thought that evidence fails to convince nonbelievers. Perhaps this is because Pascal’s views here can be difficult to discern. The primary difficulty is that, while he emphasized that God is hidden from us in our current state, he also seemed to accept the view, common in the Christian tradition in which he was operating, that signs of God are everywhere in nature. How does Pascal reconcile these two claims? I consider two interpretations of this: Garber (2010), which posits a sort of epistemological relativity, and Kolakowski (1995), which posits a sort of skepticism.  Both get something right, but both also fall short of explaining how Pascal’s God is both hidden and apparent. I offer a novel interpretation, which emphasizes the role of love in generating the relevant experiences of nature and explaining their epistemological upshots. Key to all of this is the idea that religious experience of the relevant sort arises within a framework, not of beliefs per se, but of a relationship with something whose existence cannot coherently be settled by those experiences. Pascal’s view, according to this interpretation, makes an important and underappreciated contribution to religious epistemology, and the epistemic significance of experience in general.

Yuval Avnur (PhD NYU) is Associate Professor  of Philosophy at Scripps College. He specializes in epistemology. He is on sabbatical this year in residence in Boulder.
Dr. Colin Smith (PhD Kentucky, Lecturer here at CU Boulder), "Einai Without Existence in the Euthydemus"
Friday April 24, 3:15-5:00 online via Zoom
I argue here that two central fallacies in Plato’s Euthydemus do not entail a conflation of the alleged existential and veridical senses of 'einai' ('to be') as has been argued by all Anglophone commentators, but instead a sophistical confusion regarding ‘simple’ and ‘complex’ predicative statements.  To develop this, I consider these passages with respect to the discussion of true and false speech in the Sophist.  My aims are to give context to the fallacies in the dialogue and, more deeply, to argue against those who hold that this passage demands an existential sense of the Greek verb einai.
Dr. Matt Shields, CU Lecturer. "Alice Ambrose and the History of Analytic Metaphilosophy”
Friday May 1, 3:15-5:00

Conceptual engineering – a philosophical methodology where we consider how we ought to talk and think about concepts, regardless of how we may currently talk and think about them – is a rapidly growing subfield in contemporary philosophy. The catalyst for this emerging literature is Sally Haslanger’s influential work on “ameliorative” approaches to the concepts of race and gender. Herman Cappelen has recently observed that “[i]n my lifetime, I have never seen interest in a philosophical topic grow with such explosive intensity”.

Within this literature, however, a certain narrative regarding the history of conceptual engineering has become standard: Rudolf Carnap, particularly in his work on explication, is taken to be the trailblazer for this philosophical methodology. In turn, Carnap’s debate with P.F. Strawson over whether a concept that has been philosophically engineered can be regarded as continuous with our pre-engineered concept has been a site of substantial discussion. In this paper, I argue that this telling of the history of conceptual engineering is misguided. The philosopher whose work elaborates the methodology of what we now call conceptual engineering most clearly and in the most depth is Alice Ambrose. Ambrose, however, as far as I can tell, has not been cited once in the post-Haslanger literature on conceptual engineering. Here is a sample formulation of Ambrose’s position (one that would easily be at home in any of the current publications on conceptual engineering): “[P]hilosophical theories are not, as they appear to be, answers to questions, but are proposals to alter language: that they do not in fact attempt to clarify a concept or to explain a current usage, but instead, in a concealed way, propose that a word’s use shall be modified for philosophical purposes”.

I will argue that Ambrose’s work is not only the clearest forerunner of contemporary discussions of conceptual engineering, but also that it draws out the consequences of embracing this methodology in ways that even these contemporary discussions fail to do. In the paper, I first present Ambrose’s metaphilosophical views. I then compare them to the contemporary literature on conceptual engineering and show how Ambrose applies her metaphilosophical position to areas throughout philosophy, in particular to discussions on the ontology of mathematical objects, to problems of skepticism, and to questions concerning inductive inference.

In Rorty’s influential volume The Linguistic Turn, Ambrose’s central metaphilosophical paper is included with a response by Roderick Chisholm (a reprint of their exchange in The Journal of Philosophy). I reply on Ambrose’s behalf to Chisholm’s criticisms and conclude by contrasting the merits of tracing the history of conceptual engineering to Ambrose rather than Carnap. I argue that the standard narrative downplays Carnap’s skepticism of traditional metaphysics and has led to a preoccupation with questions of conceptual continuity that Ambrose’s work offers us an exit from.

Abstract: Most of us think that being happy is just about something like enjoyment or contentment or satisfaction. Because we think of happiness in this way, we also tend to think that, in principle and even in practice, we can be happy while breaking all manner of moral rules, while having questionable character, and while living quite meaningless lives. In this talk, I will trace the origins of this view from the present day back into the Middle Ages. I will then spend most of the talk reconstructing a fascinating alternative view put forward by the 13th century Dominican, Thomas Aquinas – a view that develops out of an ancient understanding of happiness. In the end, I will show that, if Aquinas is right about the nature of happiness, our being happy absolutely requires our following moral rules, our developing good character, and our living meaningful lives.

ABSTRACT: Socrates supposed that all practical errors were consequences of ignorance, and so held that there is no such thing as akrasia, whereby the agent allegedly knows that he is acting contrary to his best judgment. Plato (Republic IV) and Aristotle (NE VII) both reject Socrates' view as psychologically unrealistic, holding that the prospect of pleasure, for example, can lead one to act akratically. I shall argue that Augustine's diagnosis of his youthful theft of the pears in Confessions II shows that Plato and Aristotle did not fully emerge from the unrealistic 'rationalism' they object to in the Socratic view, because in neglecting the role of unconscious fantasy in human action, they make the role of pleasure in undermining judgment, as it were, too intelligible.

Abstract: The Aristotelian conception of modality tended, for much of its history, to be founded mainly on what happens in the actual world, leaving little room for unactualized possibilities. Beginning in the later Middle Ages, however, particularly in the work of John Duns Scotus, a much more expansive conception of modality appears, tied to Scotus’s libertarian conception of freedom. Here I look at how Scotus and, later, Ockham attempted to create more conceptual space for nonactual possibilities, with regard to the past, the present, and the future.

Dan Wolt (Sao Paolo), “Two conceptions of voluntary action in Aristotle’s Nicomachean Ethics”
April 26, 3:30-5pm Hellems 269
Abstract:
It is nearly universally agreed among commentators that according to Aristotle’s account of voluntary action in the Nicomachean Ethics (NE), for an action to be blameworthy it must be voluntary. I argue for a qualified rejection of this assumption: some blameworthy actions do not meet the criteria for voluntariness set out in NE 3.1. However, I argue that elsewhere in the NE one finds a broader conception of voluntary action, and it is true that an action must count as voluntary on the broader conception in order to be blameworthy. While according to the narrow conception found in 3.1 voluntary actions must be under the agent’s direct control, according to the broader conception an action may count as voluntary by being under the agent’s indirect control. An example is an action done in culpable ignorance of the particulars. These blameworthy actions are not voluntary in the narrow sense, but they are voluntary in the broader sense. I suggest, moreover, that the com presence of these two conceptions in the NE is not simply a matter of sloppiness on Aristotle’s part. Rather, he has good philosophical reasons for employing both. 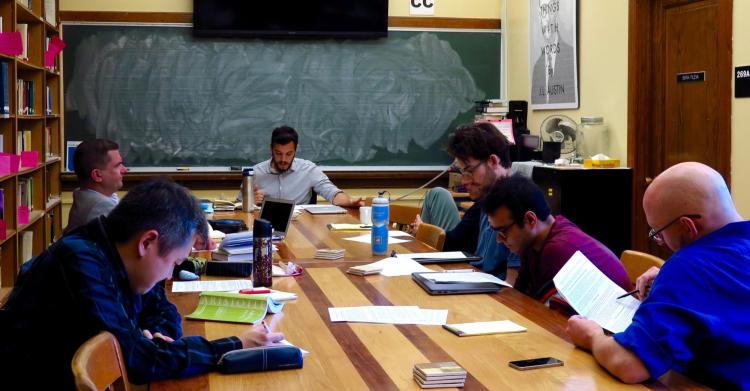