Two words, and a tiny little creature, strike fear in the hearts of many Colorado outdoor enthusiasts: bark beetle. But new research from CU Boulder reveals that even simultaneous bark beetle outbreaks are not a death sentence to the state’s beloved forests.

The study, published this month in the journal Ecology, found that high-elevation forests in the southern Rocky Mountains actually have a good chance of recovery, even after overlapping outbreaks with different kinds of beetles. One thing that is slowing their recovery down: Foraging elk and deer. 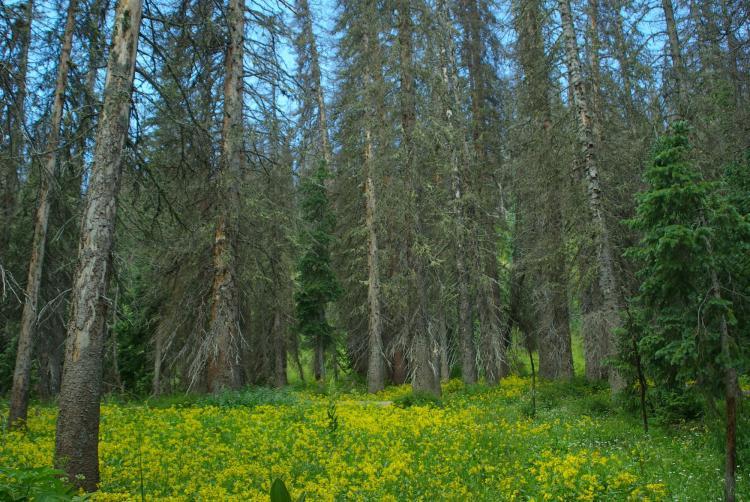 “This is actually a bright point, at least for the next several decades,” said Robert Andrus, lead author of the study and recent PhD graduate in physical geography. “Even though we had multiple bark beetle outbreaks, we found that 86 percent of the stands of trees that we surveyed are currently on a trajectory for recovery.”

Between 2005 and 2017, a severe outbreak of spruce bark beetles swept through more than 741,000 acres of high-elevation forest in the southern Rocky Mountains near Wolf Creek Pass—killing more than 90 percent of Engelmann spruce trees in many stands. At the same time, the western balsam bark beetle infested subalpine fir trees across almost 124,000 acres within the same area.

If you go skiing in Colorado, you're usually in a high-elevation, Engelmann spruce and subalpine fir forest, said Andrus.

The researchers wanted to know if these overlapping events, caused by two different types of bark beetles, would limit the ability of the forest to recover. So they measured more than 14,000 trees in 105 stands in the eastern San Juan Mountains, tallying the surviving species and the number of deaths. They had expected that the combined effects of two bark beetle outbreaks would prevent forest recovery, but they found that the forests were quite resilient. 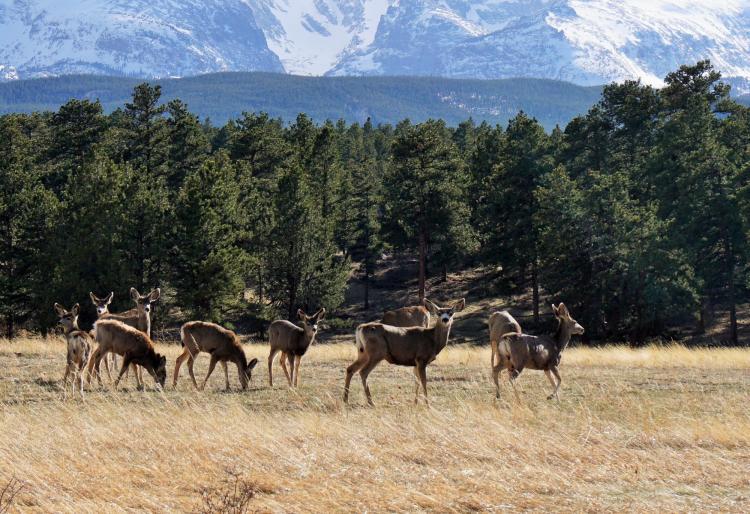 That’s an important contrast from what happens following a severe fire, which can cause forests to convert to grasslands, according to previous research by Thomas Veblen, coauthor of the study and Distinguished Professor of Geography.

“It's important that we perform these sorts of studies, because we need different management responses depending on the forest type and the kind of disturbance,” said Veblen.

They also found that greater tree species diversity prior to the bark beetle outbreaks was a key component of resilient forests.

Bark beetle outbreaks are natural disturbances, and the beetles and the trees they depend on have co-evolved together over tens of thousands of years. But these days, outbreaks are increasing—primarily driven by warmer and drier conditions caused by climate change.

Tens of millions of acres across the Western United States and North America have been affected in the past two decades, and Colorado has not been spared. A severe mountain pine beetle outbreak began in 1996, easily visible along I-70 and in Rocky Mountain National Park. Since 2000, more than 1.8 million acres of Engelmann spruce statewide have been affected by spruce beetles in high-elevation forests.

With continued warming there will come a time where conditions caused by climate change exceed the forests’ ability to recover, said Veblen. 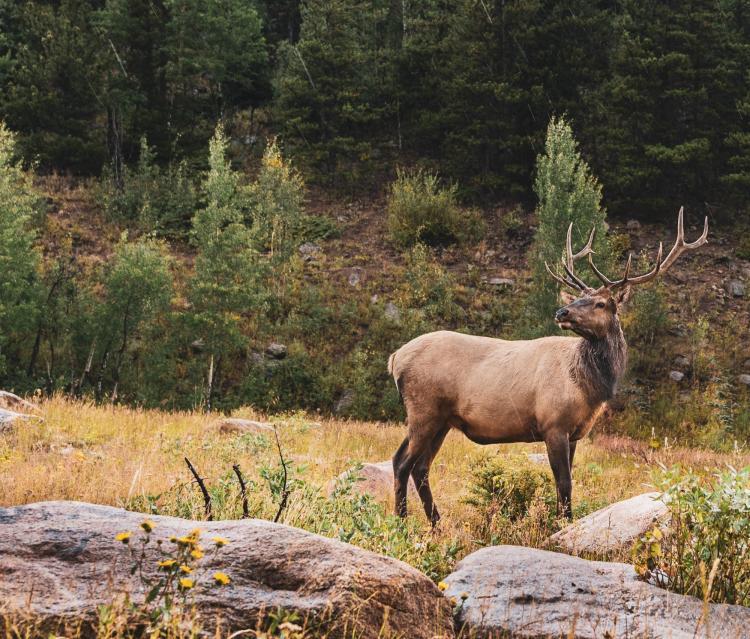 Bark beetles prefer bigger, mature trees with thicker bark, which offer more nutrients and better protection in the wintertime. They typically leave the younger, juvenile trees alone—allowing the next generation to recover and repopulate the forest.

But while in the field, researchers noticed many smaller trees were being munched on by elk and deer. Known as “ungulates,” these animals like to nibble the top of young trees, which can stunt the trees’ vertical growth. They found more than half of the tops of all smaller trees had been browsed.

That doesn't mean that those trees are going to die—ungulates are just more likely to slow the rate of forest recovery. Which tree species they find tastiest will also affect the species composition of the new forest canopy.

Avid Colorado skiers and mountaineers looking forward to typical, green forests, however, will have to be patient. Although these forests are likely to bounce back from multiple bark beetle outbreaks, “we don't expect full forest recovery for decades,” said Andrus.

Sarah Hart, also a PhD graduate of CU and now a faculty member at the University of Wisconsin-Madison, contributed to this study.