Colorado forests stricken by wildfire are not regenerating as well as expected and may partially transform into grasslands and shrublands in coming decades, according to a new University of Colorado Boulder study. 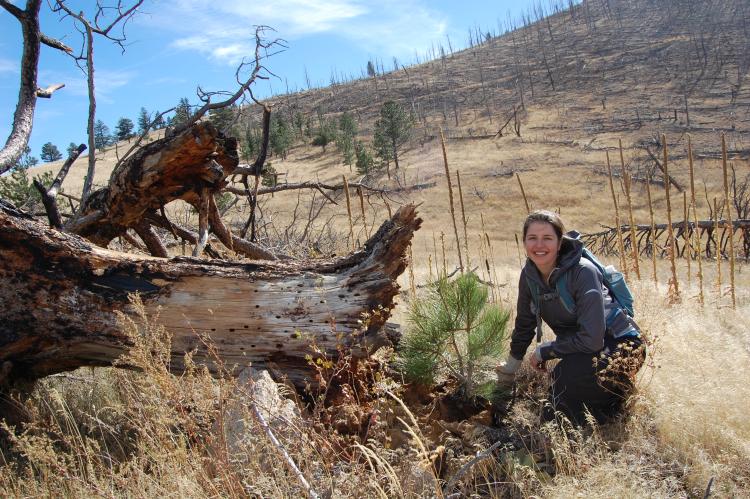 Researcher Rother at the site of the 2000 Walker Ranch fire in Boulder County. Eighty percent of plots surveyed there contained no new trees.

The paper, published in the journal Ecosphere by former doctoral student Monica Rother and geography professor Thomas Veblen, examined the sites of six low-elevation ponderosa pine forest fires which collectively burned 162,000 acres along the Colorado Front Range between 1996 and 2003. Eight to 15 years after the fires, the researchers expected – based on historical patterns –  to see young trees cropping up across the landscape. Instead, 59 percent of plots surveyed showed no conifer seedlings at all and 83 percent showed a very low density of seedlings. Although it is possible that more seedlings will appear in upcoming years, future warming and associated drought may hinder significant further recovery.

“It is alarming, but we were not surprised by the results given what you see when you hike through these areas,” said Rother, who earned her doctorate from CU Boulder in 2015 and works as a fire ecologist at Tall Timbers Research Station in Tallahassee, Florida.

Among the most barren sites were those of the 2000 Walker Ranch fire in Boulder County and the 2000 Bobcat Gulch fire in Larimer County, where approximately 80 percent of plots surveyed contained no new young trees.

While more severe fires may be partly to blame, the study suggests that increasing Colorado temperatures, too, are hampering forests’ ability to regenerate after a fire and moving the treeline of ponderosa pine forests upward, as a result. 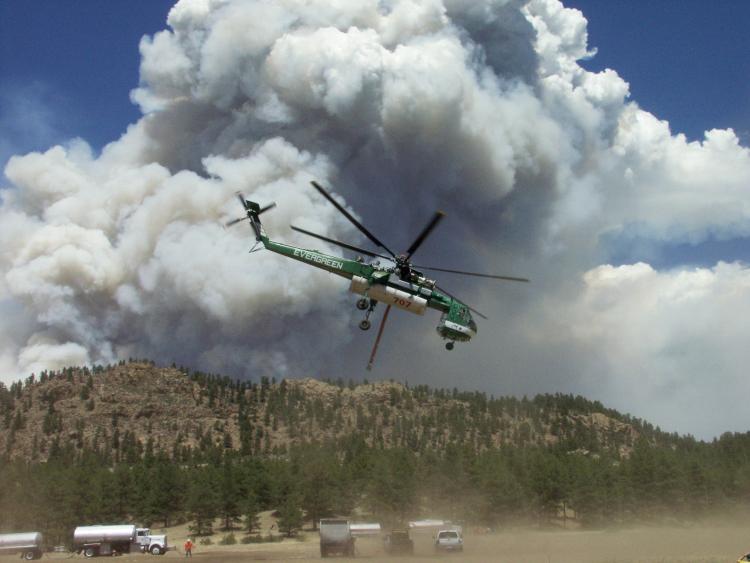 “This should be a wake-up call, that under the warming trends associated with human-caused climate change, significant shifts in forest extent and vegetation types are already occurring,” said Veblen. “We are seeing the initiation of a retreat of forests to higher elevations.”

In addition to the Walker Ranch and Bobcat Gulch fires, the researchers assessed the Buffalo Creek fire of 1996; the Hayman fire of 2002; the High Meadows fire of 2000; and the Overland fire of 2003. They collected data from 2-by-50-meter plots at various elevations and fire severities, sampling a total of 302 plots.

Only 2 to 38 percent of plots surveyed, depending on the fire site, were considered “stocked,” or on their way to recovery.

The Hayman fire area, the largest fire in Colorado history, fared the best, with 40 percent of sites showing abundant regeneration. This could be due to its exposure to more summer monsoonal rains.

Previous research has suggested that hotter, more severe fires make it harder for the forest to bounce back by killing mature trees and reducing seed stock. But the study found that even after lower-intensity fires, presumed to have had less effect on mature trees and seed stock, seedlings were still scarce. Hotter, drier areas at lower elevations or on south-facing slopes had the fewest seedlings.

For a companion study, published in 2015, the authors planted ponderosa pine and Douglas fir seedlings at Heil Valley Ranch in Boulder County, placing half of them under warming chambers to raise the temperature by 2.7 degrees F. The warmer temperatures alone severely limited seedling survival and growth. 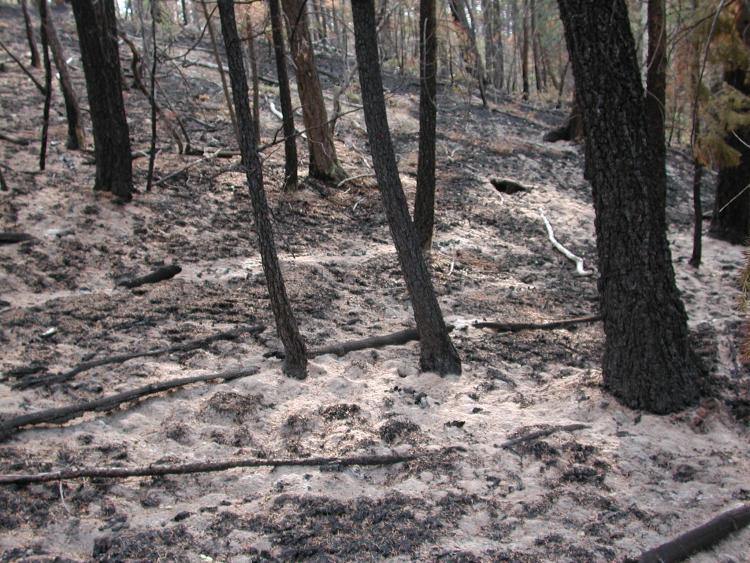 The aftermath of the Hayman fire.

Statewide annual average temperatures have risen about 2 degrees F in 30 years and are expected to rise another 2.5 to 6.5  by 2050.

Veblen notes that similar studies in the Western states have also shown a lack of forest resilience post-fire.

Helping fire management, a transition from forest to grassland could be desirable in certain highly populated environments, he said. But such shifts could also have negative implications for some species of wildlife and for watershed management.

“I don’t want to present this as being entirely negative,” said Veblen. “For me, the negative aspect is what it indicates about the future.”

For now, the authors hope their research can help forest managers determine where to plant seedlings after a fire to give them the best chance of survival. The study was funded by the National Science Foundation and Boulder County Open Space.

The Cooperative Institute for Research in Environmental Sciences at CU Boulder will continue to support the National Oceanic and Atmospheric Administration's Earth system and data science research under a new agreement. END_OF_DOCUMENT_TOKEN_TO_BE_REPLACED

The gut microbiomes of long-dead animals could give researchers surprising insights into how climate change and other factors have shaped the Rocky Mountains over decades. END_OF_DOCUMENT_TOKEN_TO_BE_REPLACED

The Greenland Place Name Committee has named a glacier “Sermeq Konrad Steffen” after the late Konrad Steffen, former director of CIRES, who made exceptional contributions to Greenlandic society and science. END_OF_DOCUMENT_TOKEN_TO_BE_REPLACED
Return to the top of the page