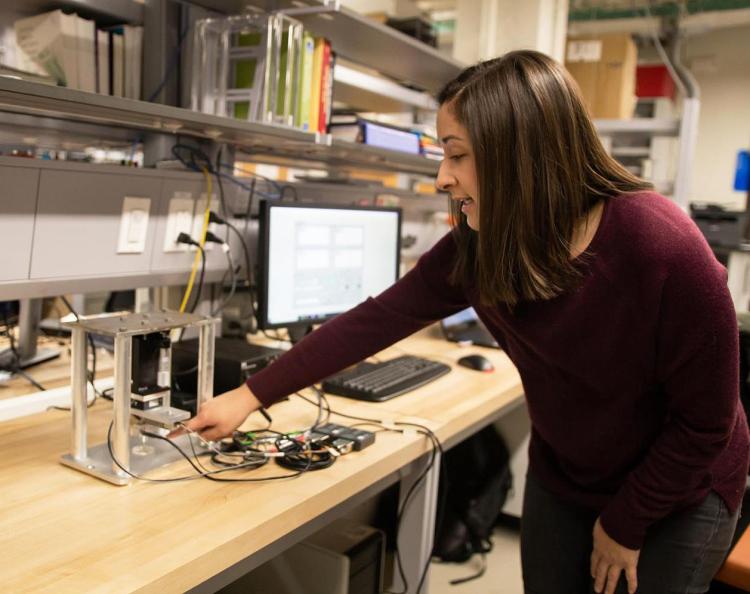 Kristin Calahan in the lab with the test system used in the study.

Kristin Calahan (PhDMechEngr’21) is the lead author on a new paper in Science Advances that explores the best approaches for anchoring medical devices to tissue inside the body to improve their performance.

Calahan was co-advised by professors Mark Rentschler and Rong Long in the Paul M. Rady Department of Mechanical Engineering during her time at CU Boulder. Rentschler and Long are also co-authors on the paper, which has implications for many fields involving soft material friction, especially in bioengineering.

Calahan said many organisms, like geckoes and beetles, have evolved with tiny patterns on their foot pads to help with adhesion and friction. This enables them to effectively interact with their environment by easily climbing trees, for example. Meanwhile, many medical devices, such as catheters and endoscopy balloons, rely on repeated adhesion and friction with patient tissues to function properly.

Those devices — as well as the predicted tiny medical robots of the future — could benefit from incorporating those same bioinspired micropatterns from nature into their design. Calahan said the paper presents an experimental method to determine the most influential geometric aspects of these micropatterns that enhance the anchoring force between medical devices and the tissues inside the body.

“We looked at a single micropillar feature within the patterned surface as it interacts with a tissue-like soft material,” she said. “The results show that the improved traction of patterned surfaces depends on the degree that the soft material builds up at the edge of each micropillar, which is ultimately influenced by the geometry of the pillar edge. These findings provide insights that are essential for designing micropatterns with enhanced performance in a specific tissue environment.”

Calahan was part of the Interdisciplinary Quantitative Biology program during her time as a PhD student. She said that program allowed her to immerse herself in collaborative, cutting-edge biological research and provided an early chance to work with Rentschler and Long on meaningful biomedical research. She is currently a science/engineering analyst in the Division of Civil, Mechanical and Manufacturing Innovation (CMMI) at the National Science Foundation.

Calahan said there are several directions that the research could go from here, but ultimately, the team will continue to work toward uncovering specific parameters — like lateral contact — that influence the behavior of micropatterns with tissue-like materials.

“Parameters like those will be essential for establishing design rules for tuning the contact behavior for various environments or applications,” she said. 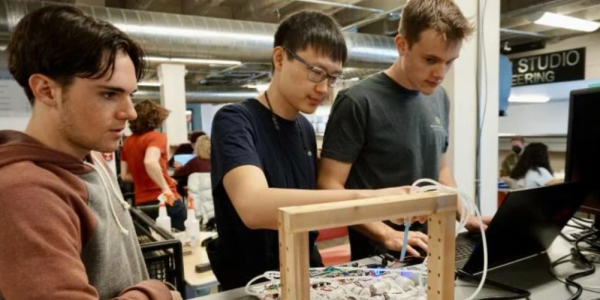 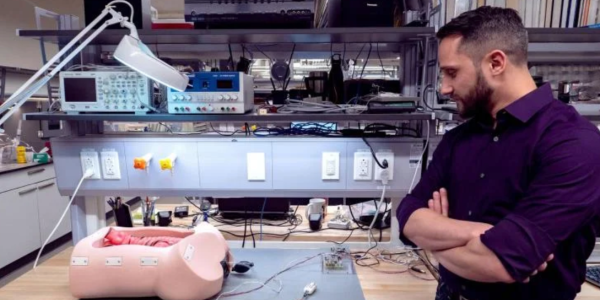 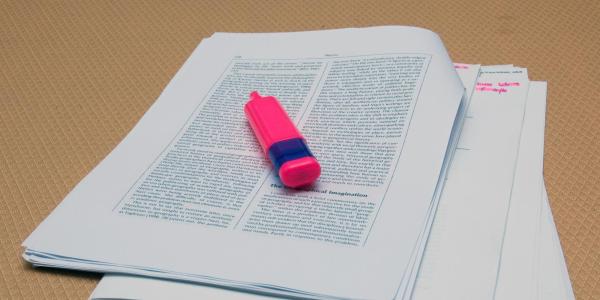