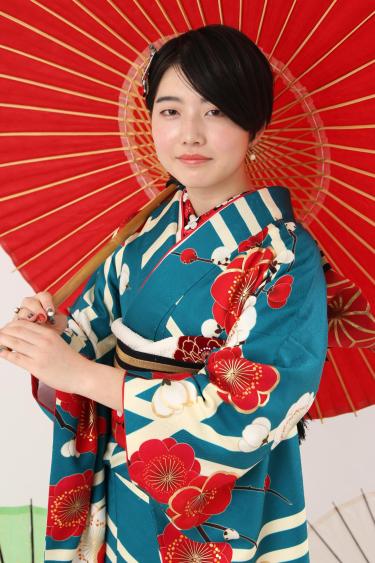 When the COVID-19 pandemic hit the U.S. in March 2020, college students around the nation were forced to quickly change gears, debate whether to travel home and adjust to remote learning.

This unexpected and turbulent time was difficult for many students, but international students were often met with even more challenges and considerable roadblocks. Chieri Kamada was among them.

As the campus prepares for a more typical fall semester, Kamada is finding new strength from her experiences – and a desire to help fellow international students.

Kamada is a sophomore at CU Boulder studying aerospace engineering with minors in computer science and space. Originally from Saitama, Japan, Kamada moved to the U.S. three years ago when her father’s job relocated. When her parents later returned to Japan, Kamada stayed in Colorado.

Kamada began her college experience at CU in fall 2019. At the time, she was living with a host family in South Boulder and really enjoyed her first semester. Kamada made friends and built connections with other students through her involvement in the CU marching band.

By spring 2020, Kamada had been hearing inklings about the coronavirus from her parents and how it was impacting Asia, but she did not expect it to impact the U.S. to the extent it did.

As cases spiked and the situation became more pressing, Kamada became worried about the lack of a mask-wearing culture in the U.S. and about the possibility of discrimination. Through friends and social media, Kamada had heard stories of Asians and Asian Americans being the targets of racism and xenophobia, and she did not want to increase the risk of experiencing that herself.

“I just heard too many of those stories. I know Colorado is a really safe place in general, but I was just scared. I’m still scared now,” Kamada said. “I couldn’t expect how people would react when they saw me.”

Due to these worries, Kamada did not leave her Boulder home for any reason other than to get groceries every once in a while.

In May 2020, Kamada flew home to Japan. She planned to return to the U.S. in the summer or fall, but as the COVID-19 situation escalated in the States, she had to reconsider.

As an international student, Kamada faced additional concerns about what catching COVID-19 would mean for her. She worried about having proper access to medical help, dealing with costs of care and insurance, and being so far away from her parents.

“It just felt like there was just not enough support to make me feel comfortable enough to live through this pandemic in the U.S.,” she said.

With so many factors in play, Kamada officially decided to take all her fall classes from Japan -- on a 16-hour time difference.

Although Kamada reached out to her professors and was offered the ability to watch lectures asynchronously on her own schedule, she knew it would be difficult to keep up without a fixed schedule. So Kamada woke up at 4 a.m. for classes for 16 weeks straight.

Throughout the semester, Kamada struggled at times with her exhausting schedule. She also struggled to keep in touch with her friends.

“I was virtually cut off from all my friends,” Kamada said. “That made me feel isolated and like no one could help me, but it was all happening because of my decision.”

Using her experiences for good

Looking back, Kamada credits this situation for leading her to join the college’s International Student Advisory Board. By doing so, Kamada has been able to connect with students who fully understand the extent of what she went through and who can relate to the difficulties that come with being an international student. 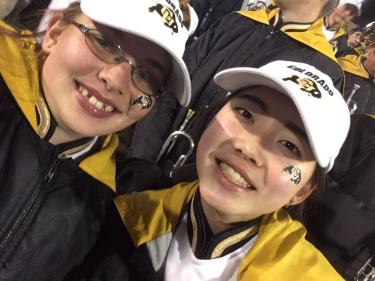 There’s an internal voice, saying ‘You’ve got no excuse, you’ve gotta work hard, you’re representing your family,’” Kamada said. “There’s that mentality that we all have, and COVID really amplified that.”

The difficulties Kamada endured during the fall 2020 semester provided her with hindsight on various topics and ideas of how the university can better support international students going forward. She said she wished she had reached out to Counseling and Psychiatric Services at CU for support but felt that others needed the help more.

Kamada finished the semester without any significant grade drops. She said that her time feeling isolated in Japan made her realize that she wants to be more active in reaching out to make connections with other people. She also gained new communication and time-management skills.

Overall, Kamada said she feels that her current self is better than it would have been had she stayed in Boulder, and she plans to use her experience as a strength going forward.

“Everything that was happening was total hell, but I feel really proud of myself,” she said. “Talking about it now, I’m thinking, ‘Wow, that is such an accomplishment.’

“Being an international student is hard, but that means you’ve got a story to tell and an experience like no one else. You can use that to connect with people, and that’s the thing that’s really awesome.”