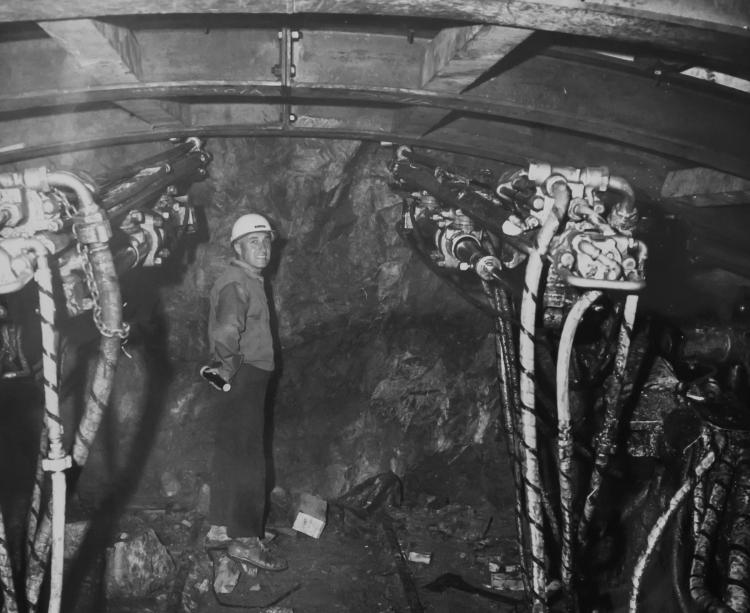 Joe Siccardi in the still-under-construction Johnson bore of the Eisenhower Johnson Tunnels.

Joe Siccardi. You may not know his name, but every Coloradan has seen his work.

A 1949 University of Colorado Boulder civil engineering graduate, Siccardi was part of the team of engineers and workers who built the Eisenhower and Johnson Tunnels and the Glenwood Canyon I-70 project.

Siccardi spent 34 years with the Federal Highway Administration, rising to the position of federal highway administrator. From 1988 through 1995, he served as bridge engineer for the State of Colorado, introducing new innovations in bridge design.

He died April 21, 2020 at the age of 93, and his family has endowed a scholarship at CU Boulder for civil engineering students as a way to recognize his lifelong commitments to education and engineering.

“He loved studying,” said Dave Siccardi, Joe’s son. “He would get home from his shift at the Federal Highway Administration, we’d have dinner as a family, and then he’d grab an apple and a pile of school books and head off to class.”

“All of those different degrees were in response to things that happened in his life. He realized to be more effective professionally he needed more education, and he was not afraid to go get it,” said Dave. “The master’s of public administration and law degrees stemmed from the Glenwood Canyon project environmental concerns and lawsuits. He said, ‘I’m not going to be behind the curve on this.’”

“He was really passionate about schooling and engineering. He just loved learning,” Donna said. “The independent living facility he was in started offering Spanish lessons. At 93 years old, he signed up. It didn’t matter what it was, he just loved learning.”

Despite working on some of the most well-known Colorado highway projects, Dave said his father rarely touted his achievements. 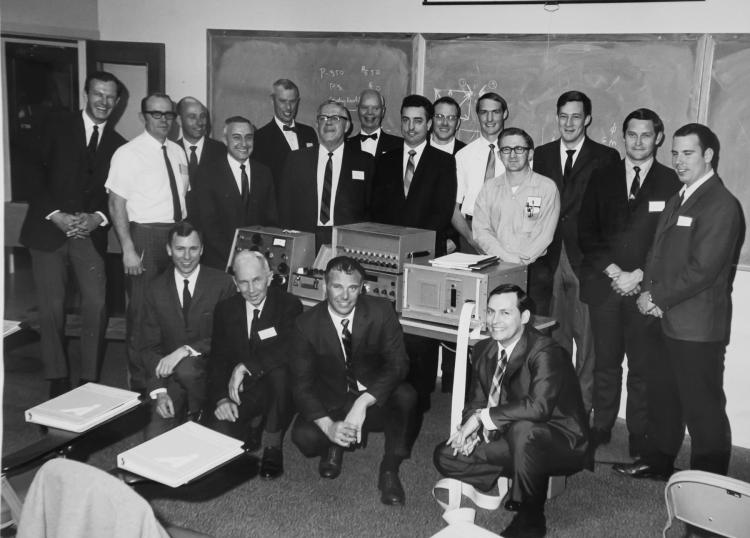 Siccardi and a group of colleagues with early electronic tools at the Federal Highway Administration.

“He was a public servant who really believed in using the public’s money wisely,” Dave said. “His name is on a plaque up at the Johnson bore of the tunnel, but he talked about his work as ‘we’ built this bridge or ‘we’ built this tunnel. It wasn’t about him.”

For Dave and Donna, endowing a scholarship was a way to honor their father and help the next generation of civil engineers.

“We had an opportunity to do something we think he always wanted to do, but there were always other family priorities,” Dave said. “Part of it was also because of COVID. When he passed, we couldn’t have a celebration of his life of any significant size. He would appreciate this.”

As an engineer, Donna said Siccardi was always looking to the future, at the next big project.

“Whenever he achieved a goal, it wasn’t time to sit back and say, ‘Yeah, I did that.’, It was, ‘Look forward at what’s next,’” Donna said. “It’s part of his legacy for future engineers: what’s next. And he was never afraid to say I don’t know, but I will find out.”

If you are inspired by this story and would like to donate to the College of Engineering and Applied Science, please consider making a gift or contacting eng.advancement@colorado.edu to learn more.