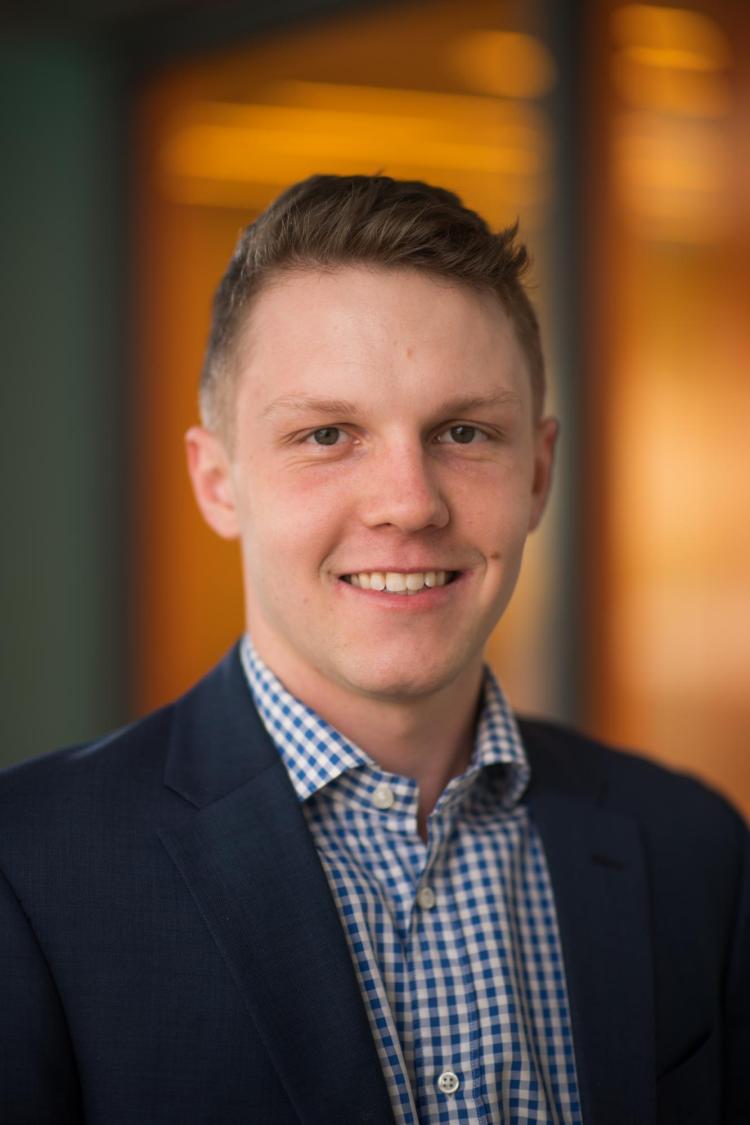 Pawel Sawicki, a PhD student in the Ann and H.J. Smead Department of Aerospace Engineering Sciences at CU Boulder, is the lead author on a paper that recently won the AIAA Thermophysics Best Student Paper award at SciTech 2021. The article – titled “Influence of Chemical Kinetics Models on Plasma Generation in Hypersonic Flight" – describes a new approach to modeling data around hypersonic flight conditions.

Sawicki recenty transferred to CU Boulder as part of the Nonequilibrium Gas & Plasma Dynamics Laboratory run by Professor Iain Boyd, who moved from the University of Michigan in 2019. The paper is the first conference entry from the group while at CU Boulder and their sixth best paper award from AIAA overall.

We asked Sawicki about the work, his time at CU Boulder, and why the college and department is becoming a national powerhouse in the field of hypersonics.

Question: How would you describe the work and results of this paper to a high school student?
Answer: As an aircraft goes faster and faster it will eventually go supersonic, and a shockwave will form in front of it. If that same vehicle goes even faster, that shockwave can heat the air around it to extreme temperatures. The general consensus of where this change starts to matter is around Mach 5, when the vehicle becomes hypersonic. In a hypersonic environment, the air molecules – mostly nitrogen and oxygen – will start to break down chemically. They will split apart and even ionize, releasing electrons from the atoms. When the air has a significant number of ions and electrons present from this change, we start to call it a plasma.

This breakdown occurs rather quickly, often around a tenth of a millisecond. But everything about hypersonics is fast, so the precise speed of these chemical reactions is important. This dynamic is the essence of chemical kinetics for hypersonic flows: predicting the rate and manner in which air reacts at high temperatures.

For this paper we modeled this type of flow where plasma is present, but that isn’t necessarily a breakthrough, as it has been done for well over 40 years. However, these models still require some type of experimentation to verify that they are accurate. The problem is that ground tests to do that are very complicated to run, costly, and don’t capture all of the physics at play. Meanwhile, flight tests can be even more costly.

A common verification platform for these types of models has been a spacecraft called RAM-C, which was flown in the late 1960s. For the most part, when people were comparing their models with this RAM-C flight data, they were using interpolated data. We took a different approach by carefully studying the instrumentation and original reported data. This allowed us to make a direct comparison with the raw flight data by analyzing a portion of the vehicle flight trajectory, instead of relying on interpolated plasma density values at singular trajectory points.

Q: What are the applications in the real world?
A: Hypersonic vehicles have been and will continue to be used in space exploration, and there are applications in national security as well. They could also potentially be used in commercial travel in the near future.

When plasma forms around a hypersonic vehicle, it can lead to a phenomenon referred to as “communications blackout,” where it becomes quite difficult to send or receive radio frequency transmissions. Obviously, losing communication with any of the aforementioned vehicles becomes a pretty big concern.

Q: Is this a research topic or area you were interested in before joining the Boyd Lab?
A: I was interested in hypersonics before joining Professor Boyd's lab after two internship stints at NASA during my undergraduate days. During my time at NASA Langley, my office faced the Hypersonic Facilities Complex. Many remnants of historic hypersonic programs such as the X-15 and Apollo capsule were present at the facility right next to future hypersonic reentry vehicles like Orion that were being brought in for testing. It's hard for someone not to at least get a mild interest in the field when you're in one of the key locations of its historical development. It just happened to be a little more than just mild for me.

Q: Was there a particular aspect of this work that was hard to complete?
A: Not necessarily the hardest, but definitely the most tedious part of this work was going through old NASA papers from the late 1960s and data mining the raw experimental flight data. And I would even say the use of flight data from the 1960s in this paper also really stresses the research community's need for a modern flight test which diagnoses a plasma flow field around a representative hypersonic vehicle.

Q: How have you enjoyed Boulder after transferring here from Michigan?
A: It's a great time to be here as the college is becoming a key figure in hypersonics research across academia. This has been exemplified by the creation of the new Hypersonic Vehicles Interdisciplinary Research Theme and the addition of new faculty like professors Robyn Macdonald and Tim Minton – adding to the existing expertise in the field from faculty like department chair Brian Argrow.

“Influence of Chemical Kinetics Models on Plasma Generation in Hypersonic Flight” was supported by funding from L3Harris Technologies (Grant AWD-20-02-0082).  Additionally, this work utilized resources from the University of Colorado Boulder Research Computing Group, which is supported by the National Science Foundation (awards ACI-1532235 and ACI-1532236). Other CU Boulder authors include Iain Boyd and Ross Chaudhry. 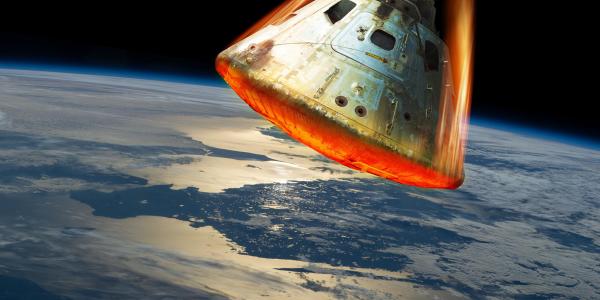 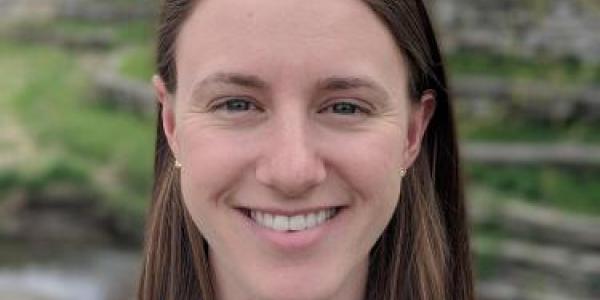 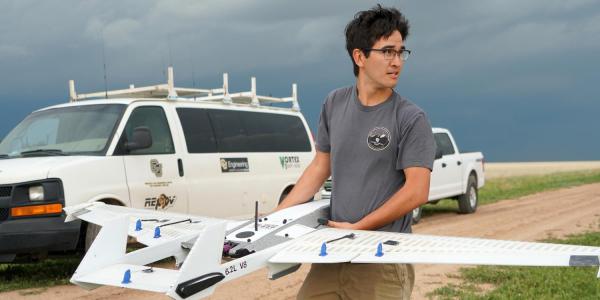