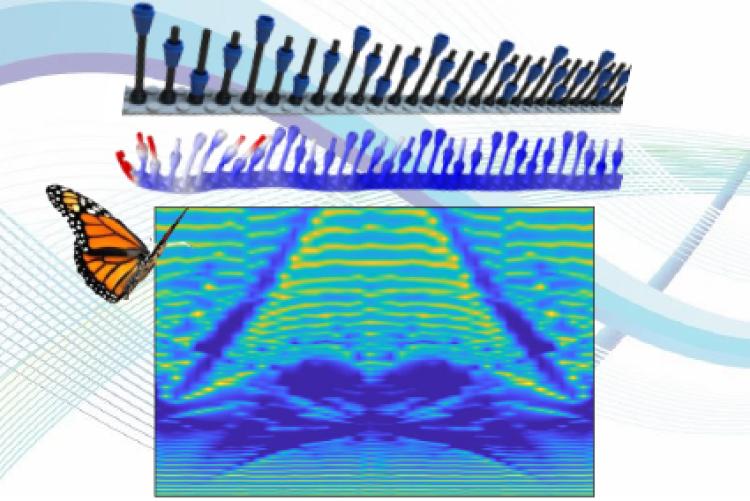 Cover image showing the LEGO beam, a simulation illustrating a localized mode (vibrations localized at the left boundary), and the measured "Butterfly" spectrum.

Researchers at CU Boulder are using LEGO bricks to study and simply illustrate the general dynamics and topology of metastructures and metamaterials.

Metastructures are structural components that include multiple materials arranged to achieve unique properties, such as increased strength and stiffness or the ability to localize or confine vibrations to certain areas.

The work was recently published in Applied Physics Letters and is being led out of the Ruzzene Lab within the Paul M. Rady Department of Mechanical Engineering. PhD candidate Matheus Inguaggiato Nora Rosa is the first author on the paper, which was featured on the cover of the journal and earned other extended coverage from the publisher.

We asked Rosa about the work, connections to the field of quantum and questions that are still to be answered going forward.

Question: How would you describe the work and results of this paper? What are the applications in the real world?
Answer: The work considers the vibrations of elastic beams and the use of toy LEGO attachments to investigate the behavior of quasi-crystalline matter. The behavior includes the ability to induce "vibration localization" – essentially confining the energy of vibrations in a specific region of the structure. These concepts might be useful in engineering scenarios associated with vibration attenuation, noise control and energy harvesting, for example.

The LEGO bricks allow us to explore this complex concept with ease. Each LEGO is adjusted to a different height, tuned to a different frequency, according to a prescribed modulation. Because we can change and move these bricks easily, we can quickly explore the parameter space of the modulation, running several experiments to map the "Hofstadter butterfly" spectral pattern. This is a pattern that was originally proposed in the quantum world.

Q: Can you expand on that aspect? How does this work apply to the field of quantum?
A: This study shows an intricate pattern that resembles the "Hofstadter butterfly." It was originally illustrated in the 1970s in the context of electrons exposed to a magnetic field. Hence, such elastic platforms using LEGO pieces like ours may be useful to explore multiple physical phenomena similar to phenomena that were originally proposed in the quantum realm.

The fact that this is done using LEGOs opens very intriguing opportunities, because one could illustrate these phenomena for education purposes and even for students maybe in high school or even lower grades.

Q: Is this a research topic or area you were interested in before coming to CU Boulder?
A: It is indeed! The field of metamaterials is particularly interesting to me because it unites two big motivations for research: fundamental science and applications. In terms of applications, this work could be extended to powerlines, for example, which are effectively vibrating strings supported by poles placed at regular intervals. If we can support them according to strategies inspired by this work, they could vibrate a lot less, thus causing less concerns about their structural reliability.

As a mechanical engineering student who was also passionate about physics, those kinds of challenges, problems and applications were precisely what I was looking for.

Q: Is that why you ultimately choose to work in Professor Massimo Ruzzene's group?
A: Yes! I actually began my research on metamaterials while an undergraduate student at the University of Campinas (UNICAMP) in Brazil. I then quickly learned about Ruzzene's group as one of the top in the world in this field and was happy when I later found a position with them. I am also grateful to José R.F. Arruda, my undergraduate research advisor, who introduced me to the field and promoted the connection with the Ruzzene Group.

Q: What research questions are still to be answered after this paper?
A: I believe our greatest motivation for moving forward is to explore two-dimensional domains where higher dimensional topological physics phenomena may be explored. Similar to the present work, we plan on employing LEGOs on a two-dimensional arrangement for that purpose.

"Exploring topology of 1D quasiperiodic metastructures through modulated LEGO resonators" was supported by the National Science Foundation (NSF) through Grant No. EFRI 1741685 and from the Army Research office through Grant No. W911NF-18-1-0036. Other CU Boulder authors on the work include Massimo Ruzzene and Yuning Guo. 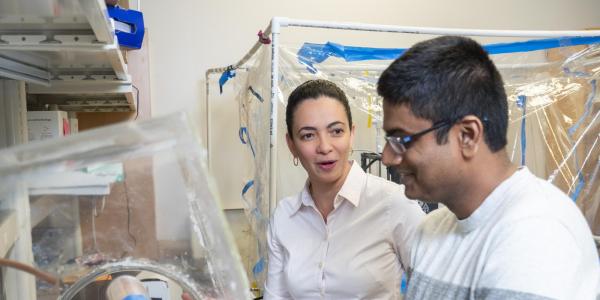 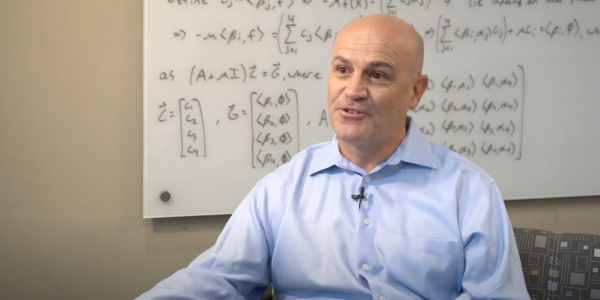 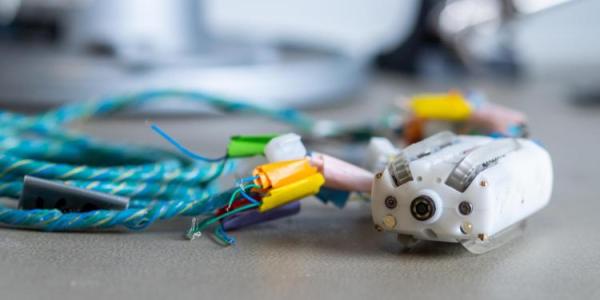