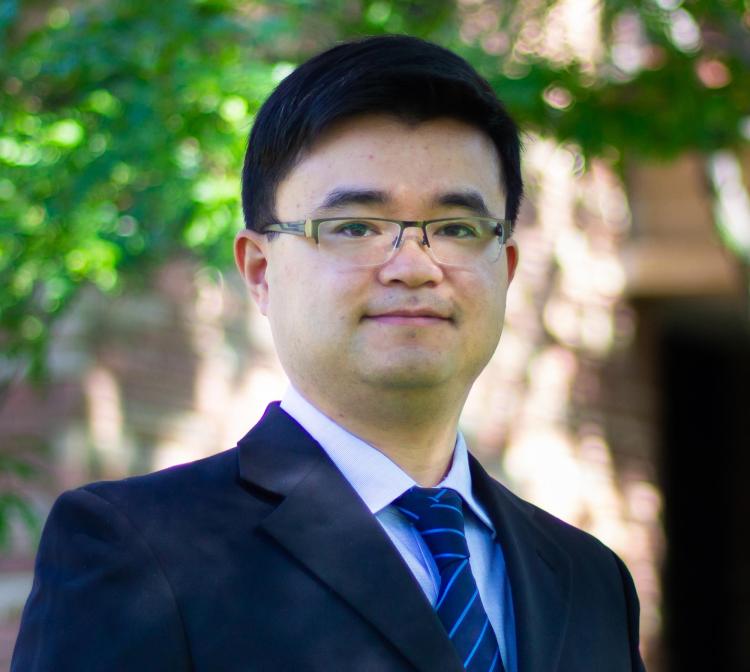 Research at CU Boulder, funded by a $1 million grant from the W.M. Keck Foundation, aims to create a new system to study the mechanical properties of cells using surface acoustic waves.

If successful, this work would provide better understanding of cells and the immune system response and aid in the treatment of diseases like cancer.

The work revolves around biomarkers, said Assistant Professor Xiaoyun Ding, who is leading the project within the College of Engineering and Applied Science. Biomarkers are features that can be used as measurable indicators of disease or change in a cell. He said the proposed new technology, called acoustic activated flow cytometry, would study multiple mechanical biomarkers in cells such as density, viscosity, stiffness and size simultaneously and quickly using sound waves.

Currently, scientists categorize cells based on biomarkers at the membrane surface molecular level like protein. The most common technique is called flow cytometry and uses lasers and fluorescent staining to examine cells. Ding’s hope is his team’s proposed technology will present new revelations about cells and help identify new subgroups of cells.

“For example, cancer at different stages shows different mechanical biomarkers which can be used in diagnosis. Or for T cells, when they are activated in an immune response, there is a change in their mechanical properties,” Ding said. “Within the T cells there are also different stages and different subgroups. Many of them have similar surface biomarkers but demonstrate different mechanical properties. Right now it is either very expensive to characterize them or in many cases ineffective to differentiate them by only using molecule-based biomarkers. This technique would totally change that.”

Ding said the proposed technique is similar to how our understanding of physical fitness has evolved. In the past, doctors primarily measured body weight and height to determine a patient’s health. Today, they use more sophisticated techniques like muscle-to-fat ratios and blood tests, in combination with other tools, to give a clearer picture of physical health.

“This would give us a new tool–a new angle–to look at the cell,” he said.

Ding is based in the Paul M. Rady Department of Mechanical Engineering, as are two of his three collaborators. Professor Todd Murray is helping with the theoretical study, while Associate Professor Corey Neu provides tools to verify the measurements. Professor Jill Slansky of the University of Colorado Anschutz Medical Campus will help with the immune-based studies. 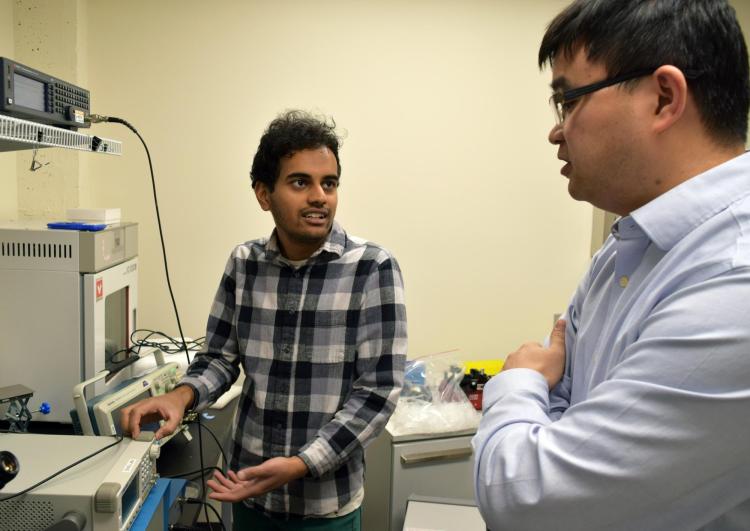 Xiaoyun Ding in the lab with a student

“I am most eager to learn how physical changes in T cells of the immune system may influence their anti-cancer responses,” Slansky said.

The Keck Foundation was established in 1954 by W.M. Keck, founder of the Superior Oil Company. The foundation funds pioneering efforts in the areas of medical research, science and engineering, and undergraduate education. It is one of the largest and most prestigious U.S. foundations with assets of more than $1 billion. This award is also supported by the Research and Innovation Office, the Graduate School at CU Boulder, the College of Engineering and Applied Science and the mechanical engineering department.

Ding said he is excited by the prospect of starting work in a completely new area.

“Keck has given us the opportunity to explore an entirely new field,” he said. “The beauty is we are going to explore something that we don’t know beforehand. That is very exciting.”